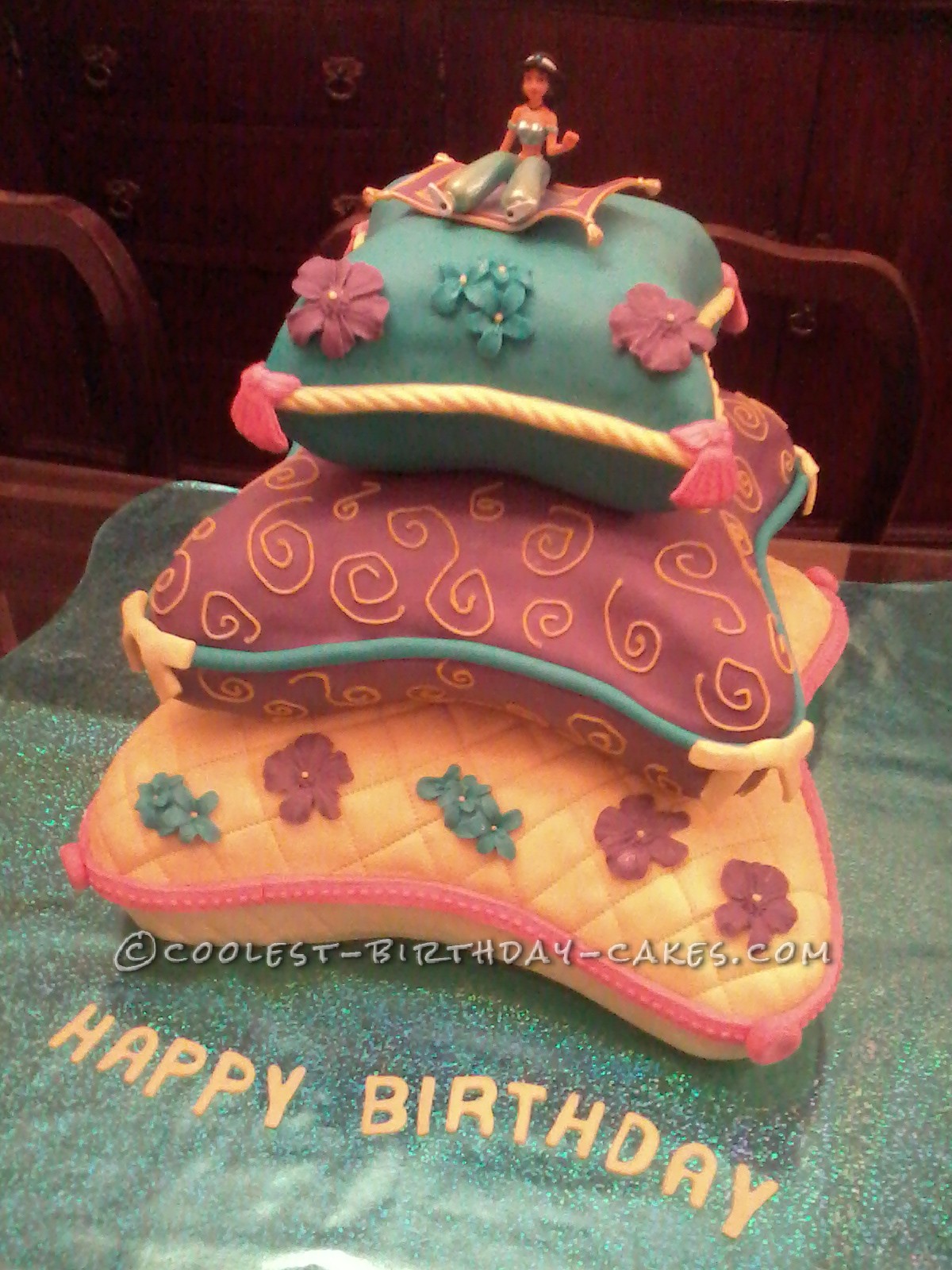 The Disney Princesses are and will remain always a favorite with young little girls. A few weeks ago a lady phoned me to order a birthday cake for her daughter who was turning 8. She told me that she wanted a princess Jasmine’s cake. She also told me that she had a plastic figurine of Jasmine which her daughter loved a lot and that she wanted me to put it onto the cake. Her only concern was that the figurine wasn’t very big although she wanted a really big cake.

After thinking about it for a while, I came to the conclusion that if I did a 3 tier cake with the upper cake being the smallest, the figurine won’t look that smaller than the cake underneath it. A few weeks before, I had bought a set of novelty cushion cake pans which I haven’t used yet and I thought that this was the perfect opportunity to try them out.

To create a complete cushion you need to bake two cakes with the same pan, then sandwich them together and the cushion is created. So I baked 6 marble cakes, I dirty iced each cake and covered all the parts with different colored fondant. Then I laid some vanilla butter cream between each cake and created the 3 cushions. Then I stacked them on top of each other, biggest one underneath,  medium sized in the middle and the smallest one on top. When the cake was  assembled I started to add some decorations like the stitching effect on the lowest one, the borders of the cushions and some flowers too. The last thing to do was putting Jasmine’s figurine on top, sitting on a flying carpet.

I was very excited about this cake, first of all because it was the biggest cake I’ve made so far, second because it was the first time that I used the cushions cake pans and technique and the last reason being the transportation of this huge cake to the party venue. Luckily everything went smoothly and I think the result speaks for itself.