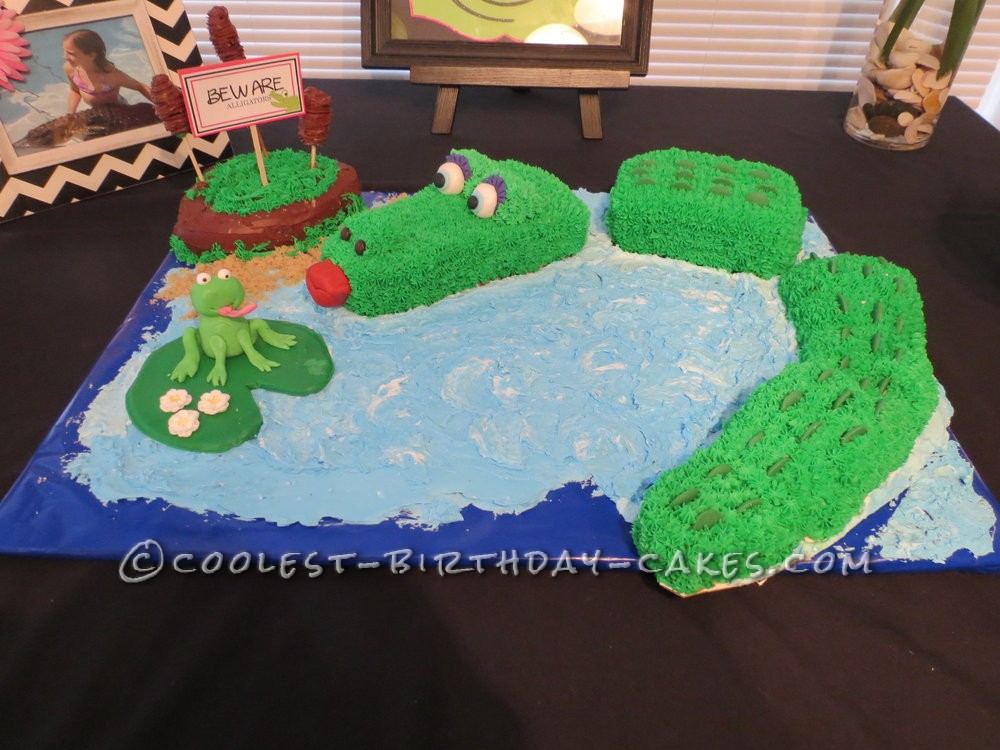 My daughter wanted to have a reptile party for her 8th birthday and her favorite reptile is an alligator. She asked not to use any fondant on the cake. I usually only use homemade butter cream icing on all my cakes. I wanted to make the cake look like it was for a girl so I decided … Read more 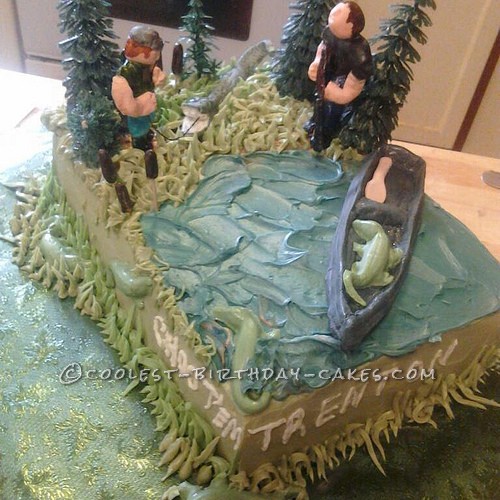 This was a cake was based on the TV show Swamp People. Meet tree breaker. This is the name given to the monster gators that break the tree limbs that hold the bait. The phrase choot’em was made popular by Troy. He tells his partner to choot’em as he wrestles the gator into position. 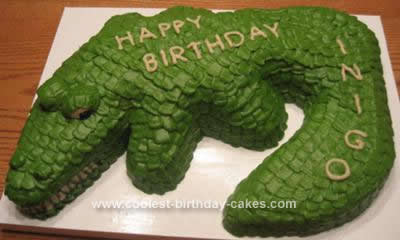 I was asked to do a Crocodile Birthday Cake for a friend’s little boy for his 5th birthday. The request, ”a green crocodile, the whole body (not just the head), mouth closed, shaped like a crocodile.” This cake was carved out of a single 9×13” chocolate cake. I had searched the internet for crocodile pictures, … Read more 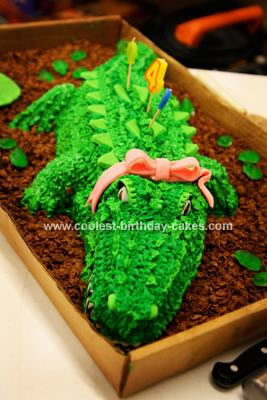 My little girl is not very girly and wanted an alligator birthday party at an alligator/petting zoo. I just thought I’d make my own Alligator Birthday Cake since the local bakeries were just not willing to make what I had in mind. I’m an artist, so I didn’t think it’d be too difficult, except for … Read more 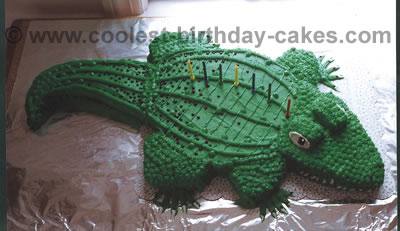 I came up with this cake decoration idea for my son Lukes 6th birthday because he LOVES Steve Erwin, the crocodile hunter.So, for his birthday I shaped this creature out of two sheet cakes. Then, added food coloring to my home-made butter cream frosting and simply used two different sized star tips to decorate. The … Read more 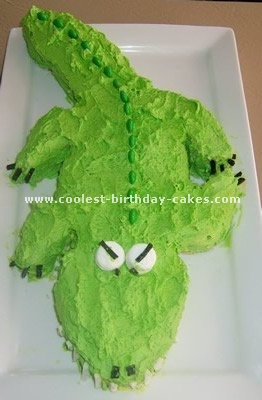 The crocodile cake idea came after being on holiday in Australia and seeing a croc for real in a wildlife park. Our son was crocodile mad for quite some time. I used a plain sponge cake and found pictures on the net of crocodiles. I then cut out a page template of the shape I … Read more 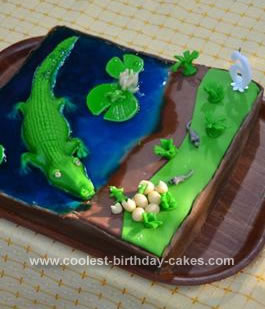 My son woke up and said: I want a cake with a river, a big crocodile and with water lilies in it. On the shore there should be some mice running. On the water lilies there should be a frog. That was the beginning. Then it was a complete day. From 8 o’clock in the … Read more 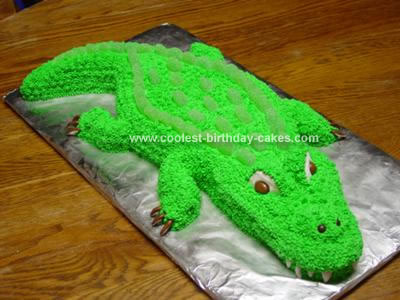 We have a pet alligator named Archie that my son just loves. So for his 3rd Birthday I thought a alligator cake would be a lot of fun for him. I was right, he loved it and he called it his Archie cake, and he’s still talking about it. I made 2 10×13 cakes and … Read more 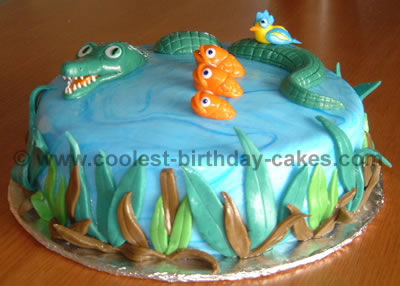 The 10″ chocolate cake had a center filling of butter cream. The next step was to spread a thin layer of the butter cream over the sides and top making sure that the cake had a square even edge. The cake was then refrigerated while I colored the fondant icing to form the lake. The … Read more 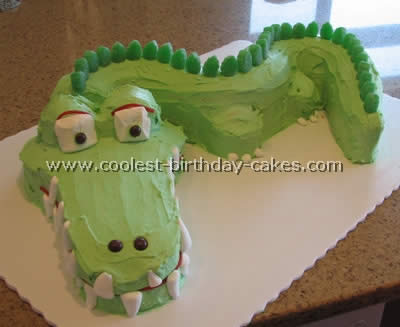 I used a bundt cake cut into three equal pieces as well as a 9×13 cake and four cupcakes cut in half to make this crocodile cake. I cut the bundt cake and made an “s” shape and then cut the 9×13 into a head shape. I cut a cupcake in half and placed them … Read more 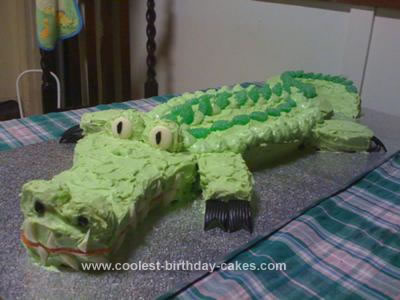 After lots of looking to get inspiration, of both real crocs and other croc cakes, I made a template from baking paper and worked out how many cakes, and what shapes to cook. For my crocodile,( it was for my son’s 2nd birthday combined Naming Day, so had to feed 40 people and look great!), … Read more 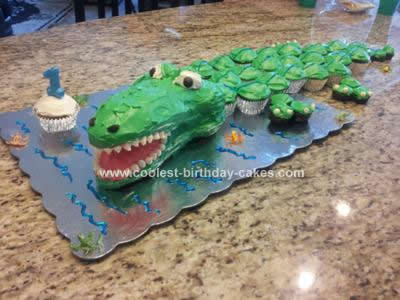 I made this alligator cupcake/cake combo for my son’s first birthday – it turned out amazing! The head was made from a bachelor party novelty cake pan. Who knew you would ever be able to use it again?? I decorated it to look like an alligator then added miniature cupcakes and regular cupcakes for the … Read more