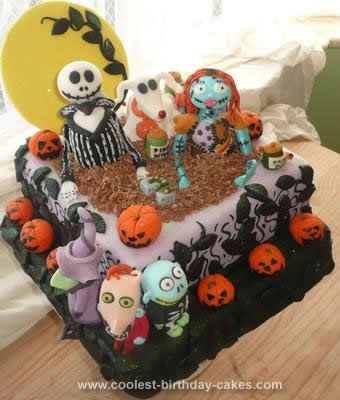 I love to make cakes. Halloween is a really great time to get adventurous with baking and my kids love the Nightmare Before Christmas; we always watch the film at Halloween. This cake has two tiers, one chocolate with the crumbled flaked on the top, and one lemon with a lemon curd filling. It was … Read more 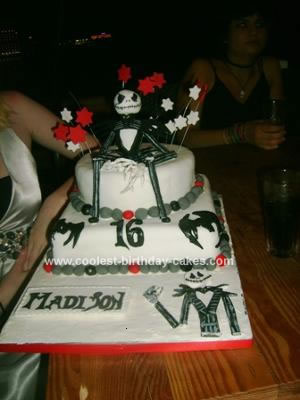 This Homemade Jack Skellington Cake was made for my daughter on her 16th, she is mad about Nightmare Before Christmas and I thought I’d give it ago. I used a 12inch square Madeira cake and a 10inch round. All what you see on the cake is made from fondant icing, Jack was made in sections … Read more 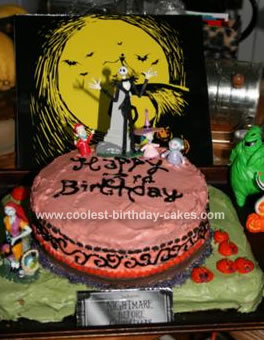 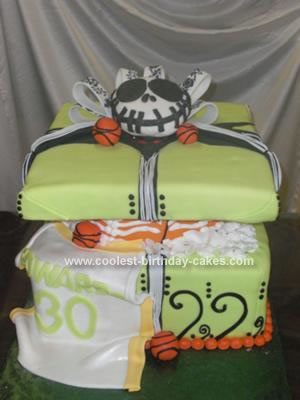 This Jack Skellington birthday cake, was 4 12″ squares, leveled filled and iced in buttercream then covered in neon green fondant, a large contour pan was used for the basket ball inside the box, it was covered in buttercream, then fondant was folded in parts to look like tissue paper. The lid was double layers … Read more 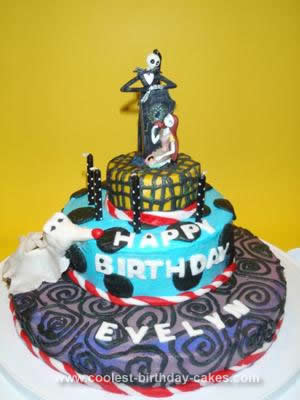 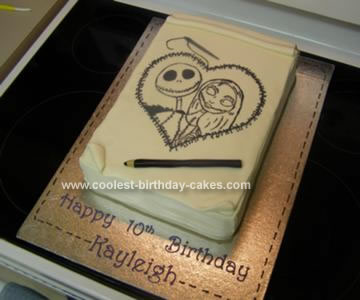 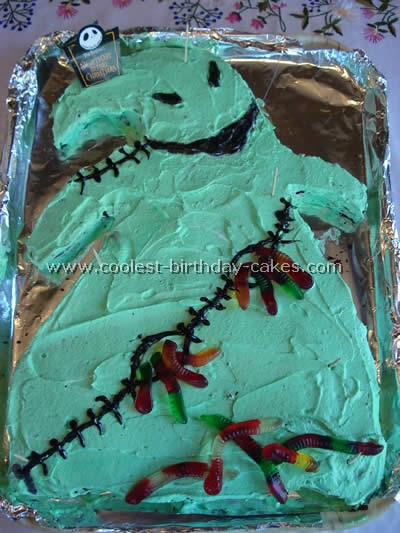 My three year old daughter was in the musical “Nightmare before Xmas” and fell in love with all the characters especially Oogie-Boogie and wanted an Oogie Boogie cake for her birthday. I looked at a picture of Oogie Boogie on the internet and cut it out to fit the cookie sheet I used. Then I … Read more 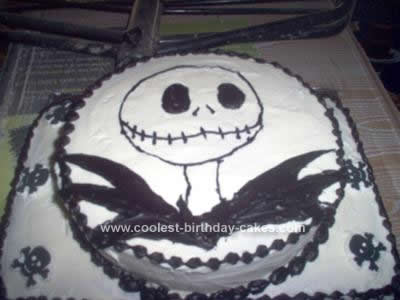 I made this Homemade Jack Skellington Birthday Cake just this past October (2010) for my son’s 10th birthday on the 21st, though we celebrated on the 23rd so we could hold the party on a Saturday. With a birthday so close to Halloween it’s no surprise his birthday parties for the last 4 years have … Read more 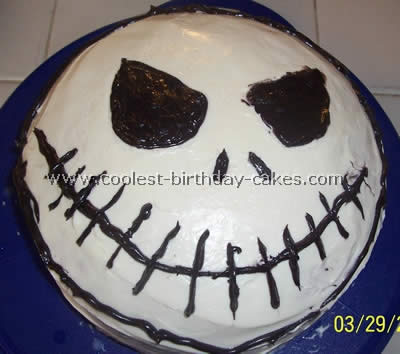 This is a Jack Skellington cake made with a Cherry Chip cake with vanilla frosting. I made two 9″ round cakes, staked them and frosted with the vanilla frosting. To achieve a smooth surface I got my frosting spreader really hot and smoothed over any bumps. For the black areas I used a black frosting … Read more 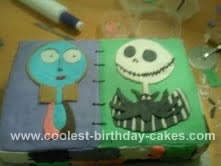 I used a 12×18 cake pan for this Nightmare Before Christmas Cake. I made it a two layer cake. The cake was a Fudge Marble cake. There is a layer of crumb buttercream frosting on the cake. I used buttercream fondant and split it into several different balls. I took each ball and dyed it … Read more 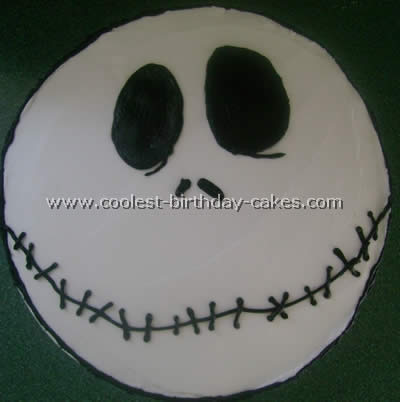 I made this Jack Skellington cake for my friends Graduation Party. I took two 9″ cakes and stacked them then used buttercream icing to cover both layers. I dyed fondant black, rolled and cut into strips. I then placed them around the sides of the cake. I waited for the icing to set and piped … Read more 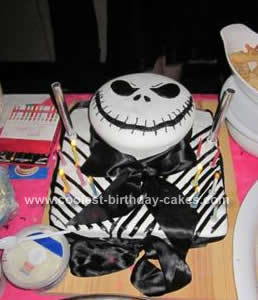 This Jack Cake is the birthday cake my sister made me for my 21st birthday! I personally think she did an amazing job, seeing as Jack is my fave character in the world!! I’m really happy with how it turned out! The top layer of the cake was chocolate (YUM!) and the bottom vanilla and … Read more