I was asked to create this Eeyore Birthday Cake Design for a friend whose daughter was going to be 5, all I had to work with was a small picture she had found on another website. I began by baking a large rectangle vanilla sponge cake which I cut in half and sandwiched together with … Read more 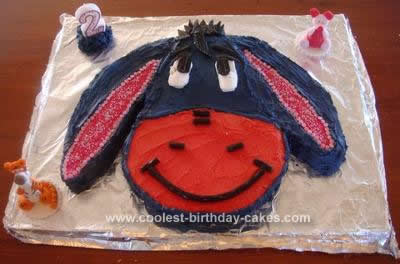 I received a great tip from a friend of mine for making character birthday cakes. Find a picture of the character and blow it up to the size of the cake you want to make. Then use the picture as a template for the cake. That is exactly what I did for this Eeyore Birthday … Read more 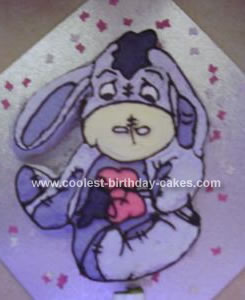 I decided to make an Eeyore Birthday Cake for my daughter’s first birthday so I looked on the internet and found a picture that I liked and blew it up to the size I wanted and then traced it onto grease proof paper and cut it out. I then placed it on top of a … Read more 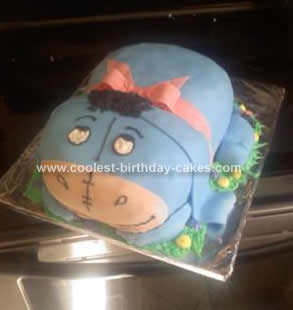 I made this Homemade Eeyore Birthday Cake Design for my sister for her fortieth birthday party. She has always been a huge Eeyore fan and she absolutely loved this one! I don’t have a sheet cake pan, so instead I made 3 layers of cake using my 10×13 baking dish and stacked them up to … Read more 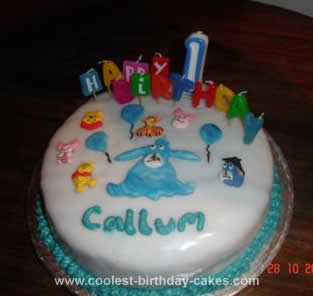 I made this Eeyore Birthday Cake Design by baking a round genoise sponge (sponge without butter) as it was for my son’s 1st birthday. Then topping it with already rolled icing. I made Eeyore out of the left over white icing and adding blue food colouring for the colour. I drew on facial features and … Read more 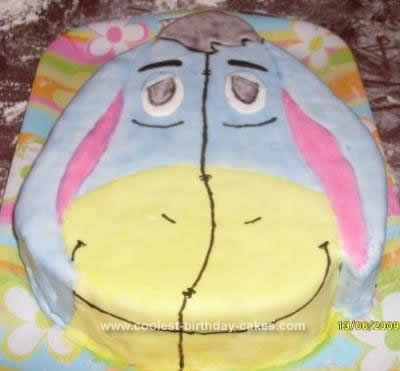 I made this Homemade Eeyore Birthday Cake Design for my elder sister. She’s a twin an I did this and a piglet cake also on here. She is obsessed with him. I baked a rectangle cake and cut out the shape, painted food colouring on white fondant. 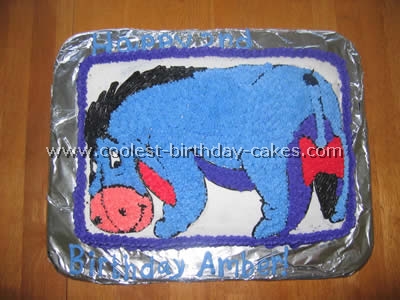 This is an Eeyore celebration cake I made for my daughter’s second birthday. There was also a Pooh Bear cake that was made from a Wilton pan that went along with it. It was a chocolate cake with homemade buttercream icing that was baked in a 9×13 pan. I found a picture of Eeyore that … Read more 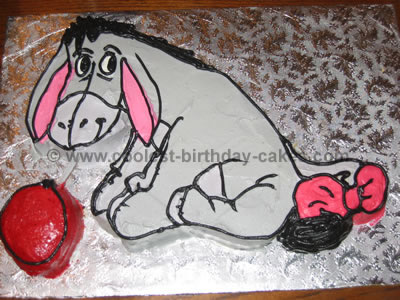 This is a cupcake cake. I just found a picture and placed it on the cupcakes. Then I iced over them all as one unit. 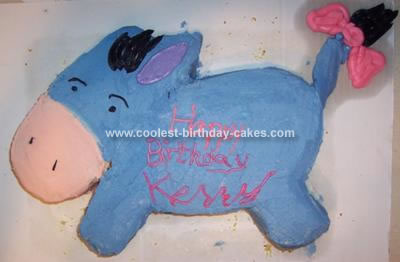 I absolutely adore Eeyore. When I found out my friend loved him too, it gave me the perfect opportunity to make something using his likeness. This Eeyore cake was made for her 52nd birthday. The first character cake that I made and I think it turned out pretty well. I used a half sheet pan … Read more 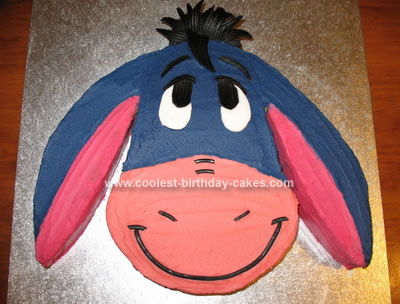 I made this Eeyore Birthday Cake for my daughter’s 1st birthday, as Eeyore is her favourite toy that she sleeps with and takes everywhere. This is a cake I designed by myself. Firstly I made a large rectangular butter cake, using three times a home made butter cake recipe ( but packet cakes will work … Read more 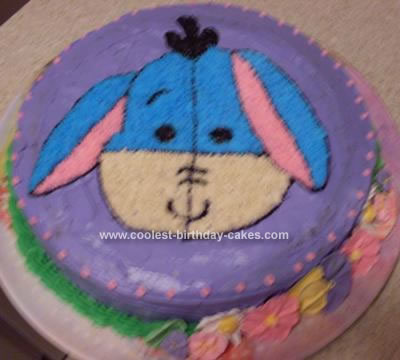 I made this homemade Eeyore birthday cake for my mom’s birthday. It’s a chocolate cake, with strawberry filling, covered with tinted homemade buttercream frosting. I drew Eeyore with a toothpick, then outlined the picture in black icing. I filled in Eeyore using a star tip. One interesting thing is that the color of Eeyore’s nose … Read more 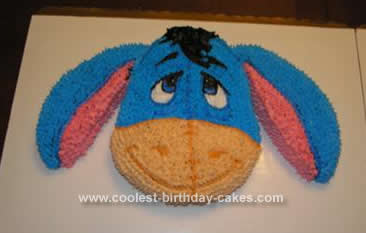 I got my inspiration for this Eeyore Birthday Cake Design from K Walters, thank you so much! I have twin boys and one loves Eeyore and one loves Pooh. Pooh cake pans are available, but not Eeyore. I made my cake with chocolate box cake mix. I made 1 cake mix in a 13×9 pan … Read more