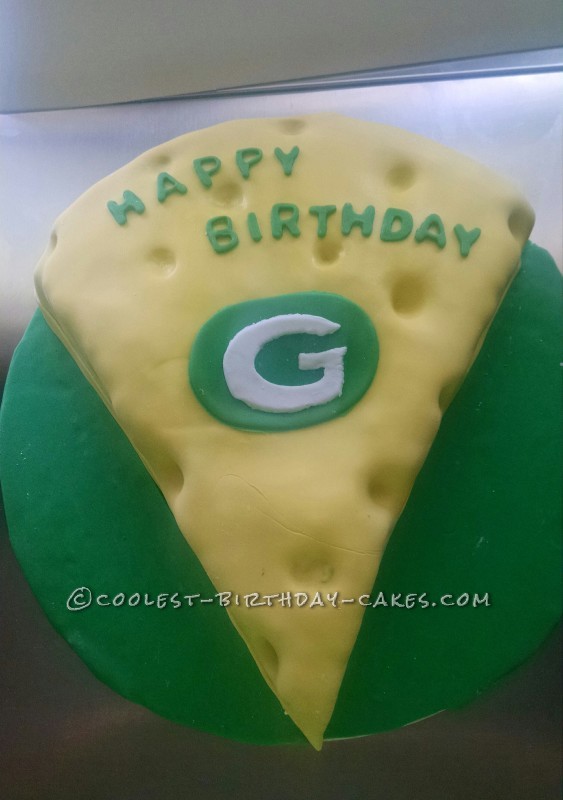 This cake was inspired by a die hard Green Bay loving fan. Coming up with it was simple. Creating it? Well that’s another story…. My boyfriend suggested using a melon scooper to ensure the holes for the Swiss cheese. Humoring him like I do most of the time, I decided to try it. Like I … Read more 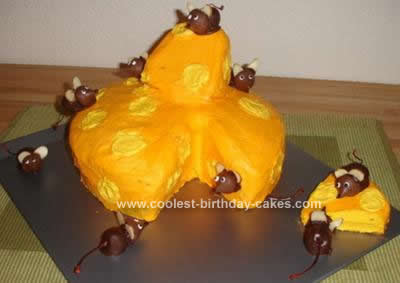 For male co-worker at work who happens to be nick named “rat” and who us girls affectionaly pick on for his constant “whining” thought the Cheese Wheel Cake would be a perfect birthday cake! The cake was a Lemon with Orange Jello poke 8″ round cake pans. I made buttercream frosting with lemon flavoring and … Read more 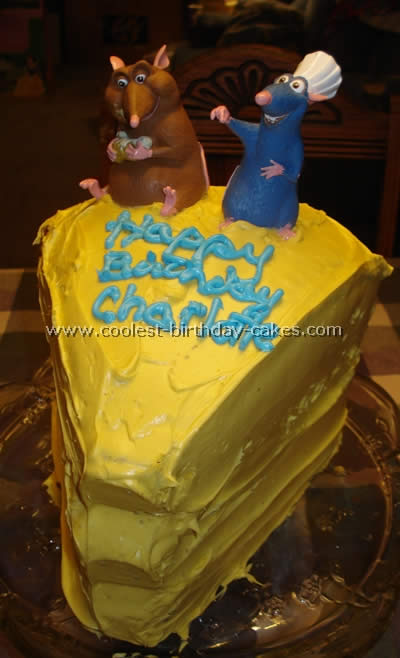 My daughter was turning five and wanted to be Chefs, like in Ratatouille so I came up with the only cake that a couple of Chef rats would love, a cheese cake in a form of a big wedge of Cheese. I got the characters at a bakery. I baked three round yellow layer cakes … Read more 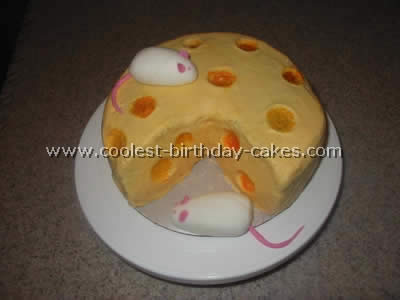 For this cheese cake I used an eight inch round cake and cut a “slice” out. I frosted it with tinted buttercream icing using Wiltons golden yellow icing color. I made the holes by making “dents” with the bottom of measuring spoons and painted them a darker golden yellow with icing color mixed with some … Read more 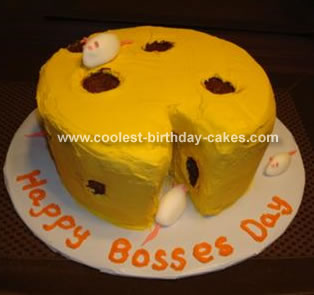 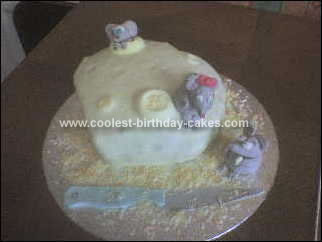 My Cheese Cake was made using two standard cake tins (8inches) cut into a love heart shape. I put strawberry jam into the center to sandwich the cakes together and covered the cake in jam so the icing would go on easily. I took my inspiration off a moon cake and off a frog pond … Read more 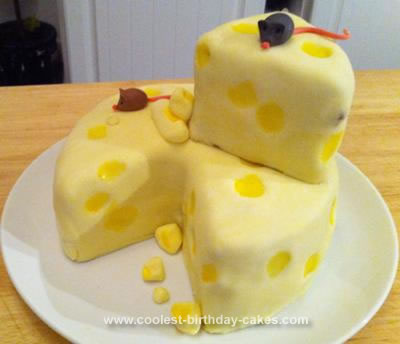 This Cheese Birthday cake was a cake I wanted to try for a while and a friend’s birthday gave me the perfect excuse! A nice carrot cake recipe that I used for my wedding cake made in a simple round sandwich tin (2 layers). It’s filled with orange cream cheese filling. Once filled, I cut … Read more