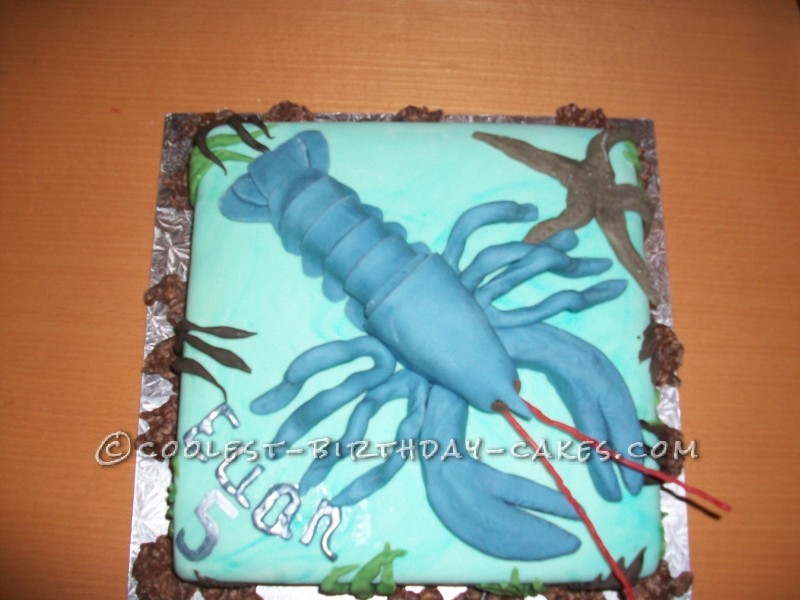 This birthday cake was a favor for a friend. Her little boy is crazy about fishing and loves collecting crabs and shells. His favorite shellfish are lobsters so when his mum asked me to make a birthday cake, I knew it had to have a lobster on it! I began by making two 10″ square … Read more 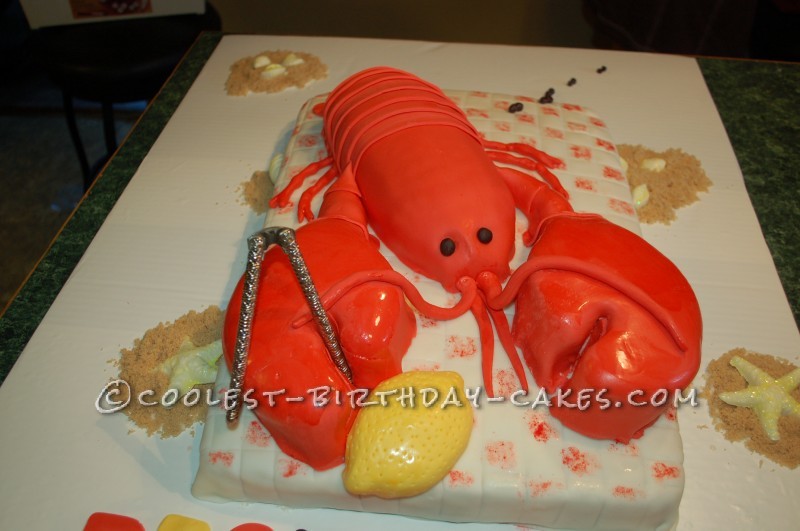 This lobster cake is one of my favorites.  After I made all the cakes in large rectangle pans, I then made a stencil out of paper for what I wanted each piece to look like.  Once the lobster shape was made I layered the fondant on the tail to give the tail the proper look. … Read more 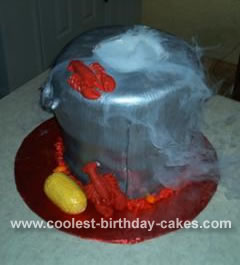 My daughter Aallee and I plan her birthday parties months in advance. This year she decided on a Low Country Shrimp Boil (with a few crawfish thrown in for color). It’s a mature theme for an 11 year old, but I thought, what the heck! Her cakes are always homemade and originality like this can’t … Read more 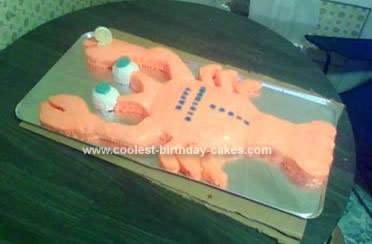 My son Audie loves lobsters, so for his 9th birthday i decided to make him a Lobster Birthday Cake. I used regular box cake and Wilton’s recipe for buttercream frosting. I made several rectangular cakes, circular cakes, and cupcakes, and cut out shapes for the lobsters body, arms, tail, head and eyes by hand. We … Read more 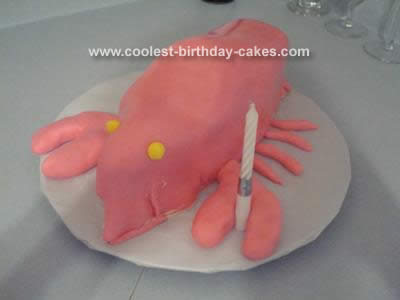 My nephew requested a lobster cake for his 9th birthday dinner, my brother of course bought him a steamed lobster from the grocery store. I decided to take his request one step further and baked him a lobster shaped cake. I was so disappointed to find that there were no lobsters on this site, I … Read more 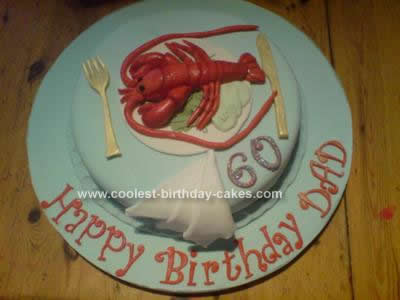 This 60th Lobster Birthday Cake was made right at the last minute! It was for my sister’s father-in-law’s 60th birthday. The reason it ended up having a lobster decoration was because we couldn’t think of anything else…and my sister’s husband had decided to buy his father a couple of fresh lobsters as a birthday treat, … Read more