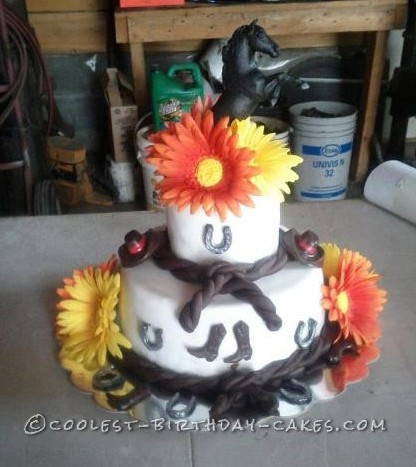 I had to make a Horse cake for my cousin’s surprise birthday party. So, I was looking on Pinterest and found one that I liked very much so I decided to make that one. Well, I found some chocolate molds online  a month ago.  I was crammed for time but I got it done just in time to bring … Read more 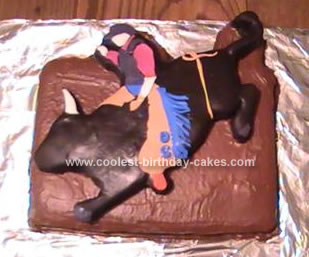 My 2 year old wanted a “bucking Bull” cake for his 3rd birthday. I looked everywhere and couldn’t find anything like he wanted. He and I spent hours looking at “cow” cakes on line and nothing was what he wanted. So, his father and I put our heads together. We found a picture of my … Read more 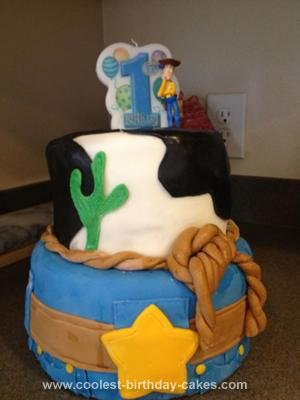 I made this Wild West Birthday Cake for my son’s 1st birthday party and got the inspiration from some Google images! The cakes themselves are just a boxed mix baked in 9″ rounds. Then the top layers were cut down to about 7″ using a bowl as a template. The bottom is 3 layers- Red … Read more 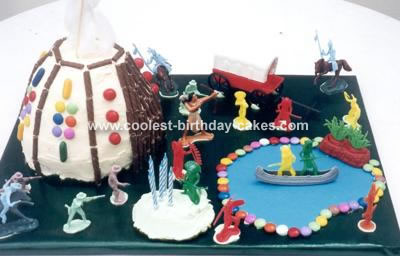 My son had a cowboy and Indian party for his 5th birthday. I made the tee pee cake using a Dolly Varden Cake Tin. The cake was a Moist Orange Cake Packet Mix and I iced it with cream coloured buttercream icing, decorating it with lollies and chocolate orange sticks so that it would look … Read more 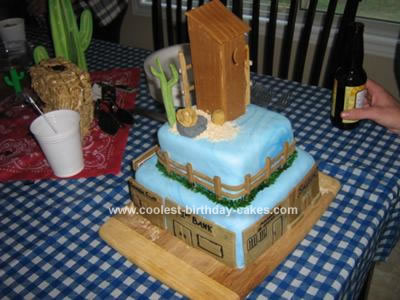 I made this Wild West cake for my sister’s boyfriend after we had decided on this theme for the party. I covered it in rolled fondant, which was supposed to look like the sky. I also made the buildings and outhouse from fondant, rolled thin and allowed to harden. I made the fence posts, cactus … Read more 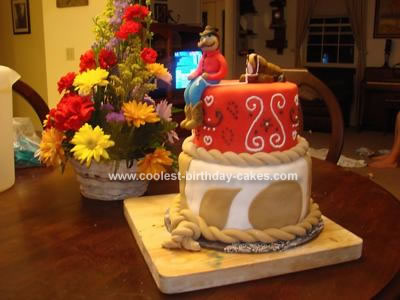 I made this Cowboy Birthday Cake for our state fair competition in August. I got the idea from other pictures on this site and others. I used fondant to cover the cakes, and fondant to sculpt the cowboy and horse. I piped the bandanna with black and white Wilton’s recipe icing. I braided fondant and … Read more 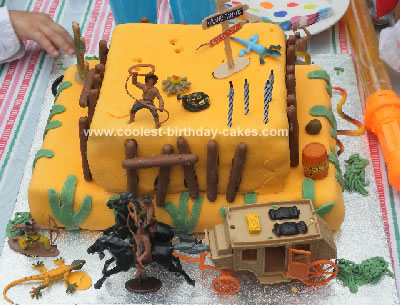 I made this homemade wild west birthday cake for my son’s fourth birthday party which had a Cowboys and Indians theme. I am a bit of a novice, but was quite pleased with the result. I baked two Madeira sponges a 13 x 9 inch rectangle and a 9 x 9 inch square, and iced … Read more 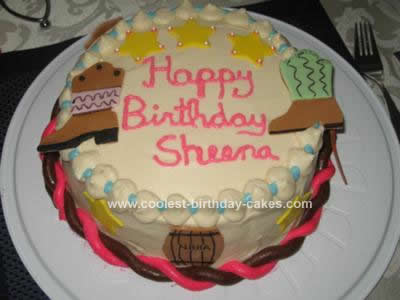 One of my friends, Sheena, is from Oklahoma and is a barrel racer so I thought a western themed cake was fitting for her birthday party. She is a member of the national barrel horse association (NBHA), hence the barrel on the front of the cake. I started this Western Birthday Cake with two 10 … Read more 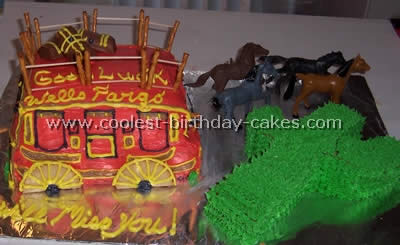 I did this cake for Wells Fargo bank! I used a 9×13 pan and cut in half to stack then shaved it to shape the stage coach. I used pretzels for the top and miniature candies for luggage. For the cactus I just used a square pan and cut out the shape of the cactus … Read more 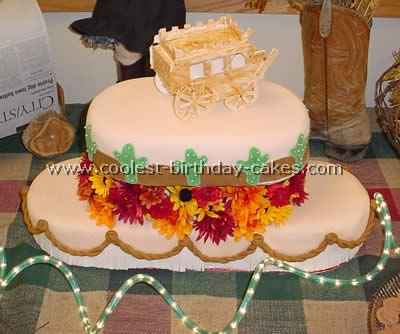 I am from Oregon and my Grandpa is in Montana. As my grandpa was a pastor I was honored to have him come perform my wedding ceremony. A year later I got the honor of doing his grooms cake. My step grandma requested a six tier wedding cake that was next to impossible to do … Read more 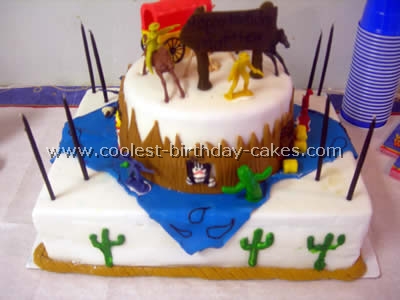 I had searched high and low for a cake design that I liked for my sons 8th birthday. We had already decided on a cowboy theme for the party. I decided on a tiered cowboy birthday cake because I had a lot of ideas and couldn’t narrow it down. My husband says that I watch … Read more