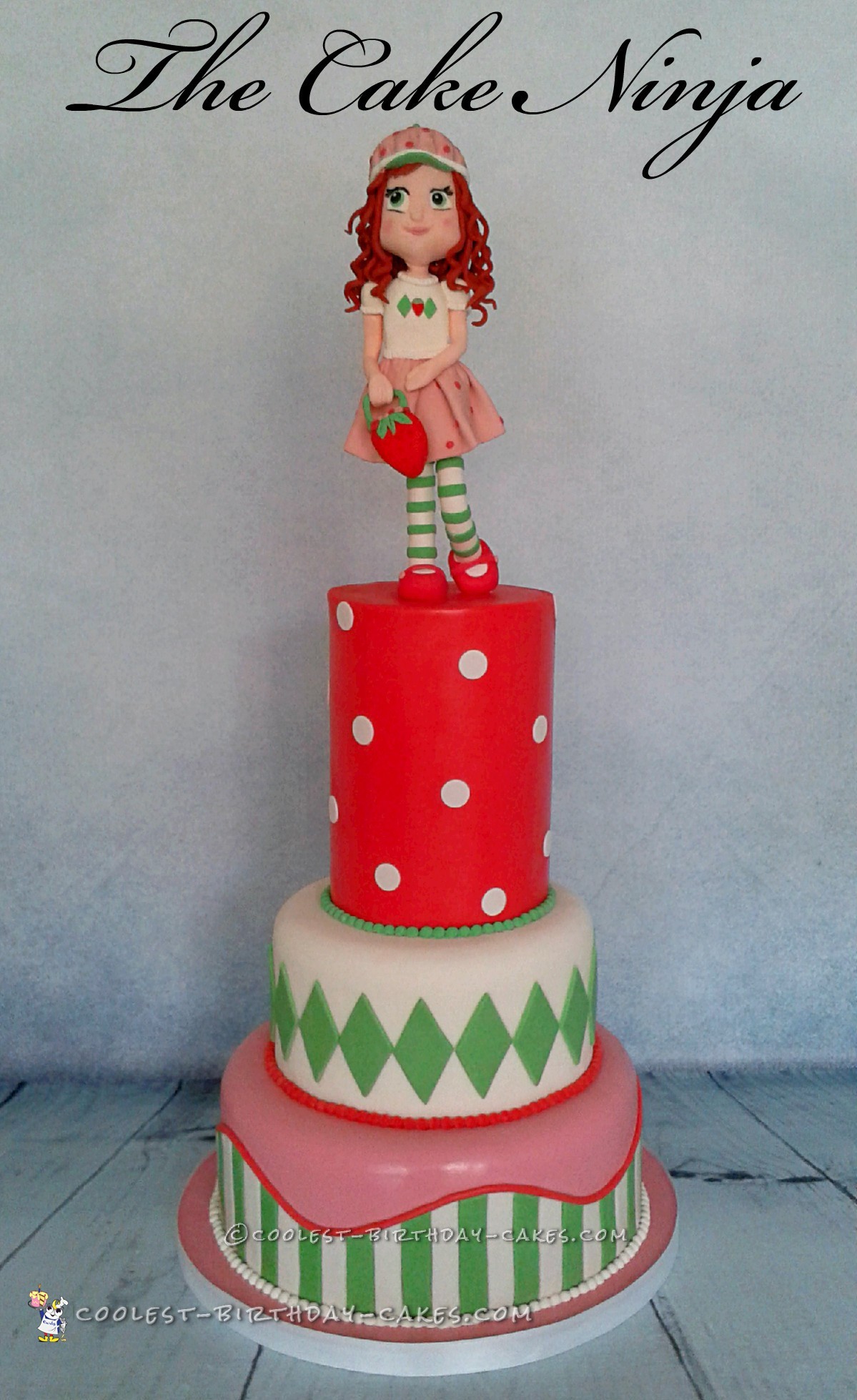 Although I am in the business of making cakes, this Strawberry Shortcake  cake was one that produced many firsts for me.

This was my first play with modelling chocolate and it was also my first homemade fondant cake! I’m not entirely sure why I decided on such an intricate figure for a first go but having made plenty of sugar toppers before I didn’t think it would be any different. I was wrong, it was much, much better than sugar and I am now in the midst of a mountain of chocolate because I just want to make so many different ones.

The cake was covered in my very first batch ever of homemade marshmallow fondant . I fell in love with this because not only did it color and cover beautifully with no cracks and etc., but it also tasted better and cost half the price to make (even if I did at one point disappear under an icing cloud).

The only down side to making this cake was that I very quickly discovered that I was allergic to marshmallows. Yep, those fluffy squishy pillows of sweetness made me swell up like a balloon. I won’t stop though… I just pop an antihistamine before I start. :) 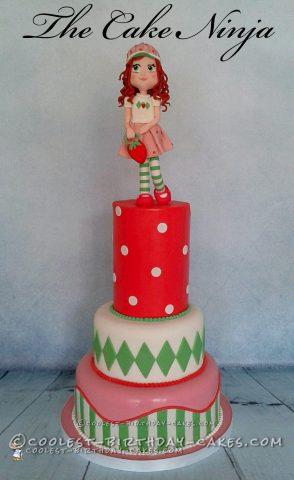