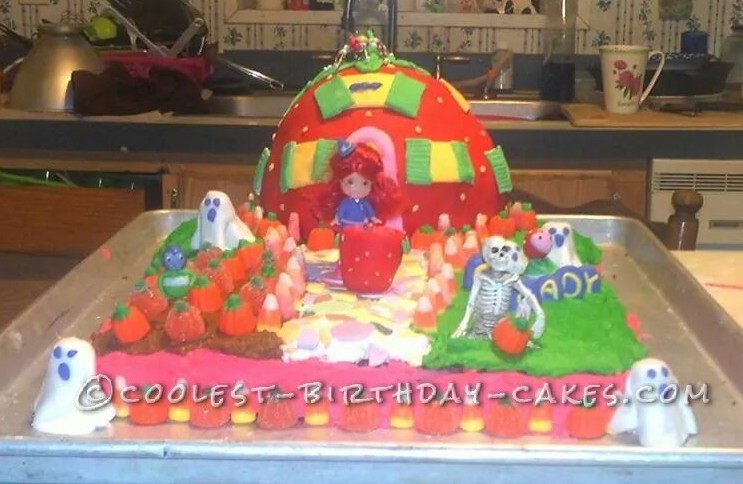 When you’re dealing with an almost six year old with a very large and colorful imagination who loves Halloween as much as her mother does, you know you might just be up for a challenge! When I first heard the words Halloween Strawberry Shortcake, I thought, “okay, that’s an interesting combination.” No matter how much we tried convincing her to choose one or the other she wouldn’t budge!

I had planned to make several of the Berrykin figures with her mother a couple of nights before, but after a couple failed attempts we ended up with just the purple one which we weren’t too sure about. We thought it looked a little funny, but decided to save him and see what my niece thought. Thankfully she thought he was very cute!

I had a lot of fun making this cake and can’t wait to see what she comes up with next year! 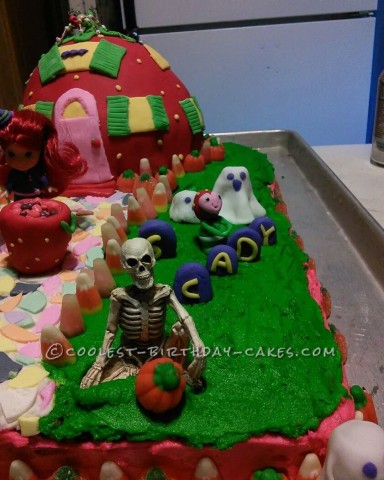 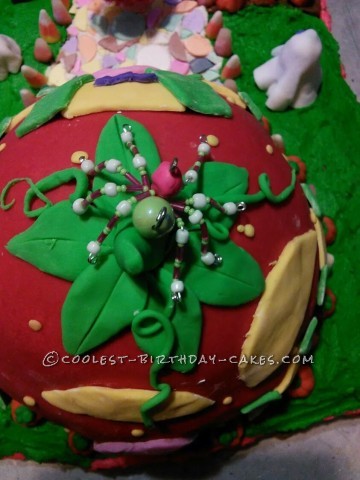