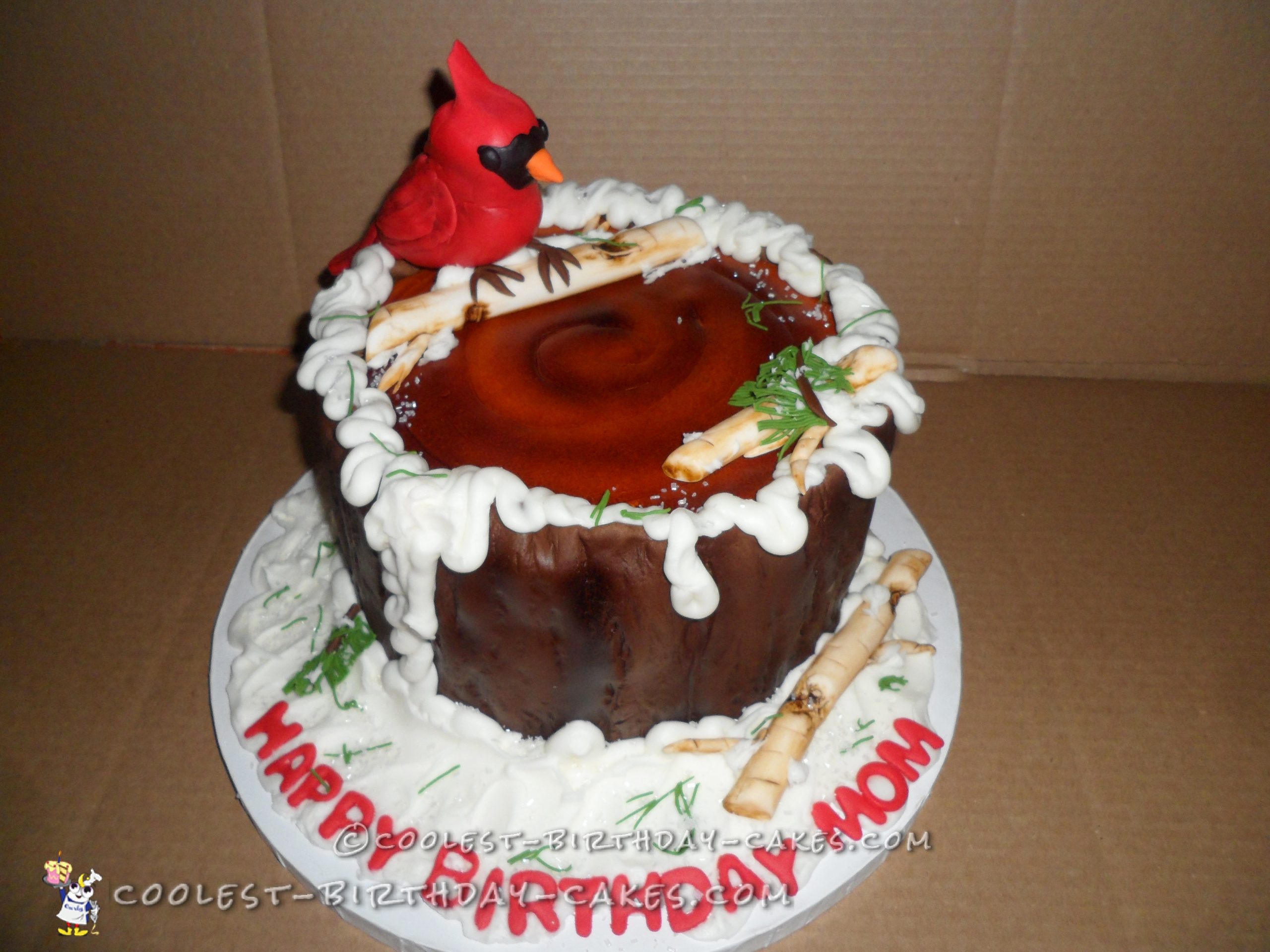 This cardinal cake is what I most enjoy doing. Funny story. My daughter asked me to do a cardinal cake for her mother-in-law’s birthday. When she said cardinal I automatically thought of Arizona Cardinals. I even said to her, “Cardinals, really? I never thought she would like the Cardinals”.

Okay so after coming up with a plan and drawing the design the day comes to make the cake. I had plans to do the Arizona Cardinal logo and a football and the whole sha-bang! I thought I had all the info I needed  but for some reason I decided to call my daughter to make sure I had all the details right. I started telling her what I had planned and she was like, “Mom, no! Not the football Arizona Cardinals but a REAL CARDINAL!”

I started flipping. I took a lot of time preparing for the football cake and now I only have minutes to try and make a real cardinal! Something told me to call my daughter and thank goodness I did or her mother in law would have gotten a cake that made no sense! Kind of like those cake wrecks you see posted online! Haha.

It turned out pretty cool and much better then I would have expected! The bird was made from fondant along with the logs, the stump is cake and fondant and buttercream snow. The little pine needles are also fondant.