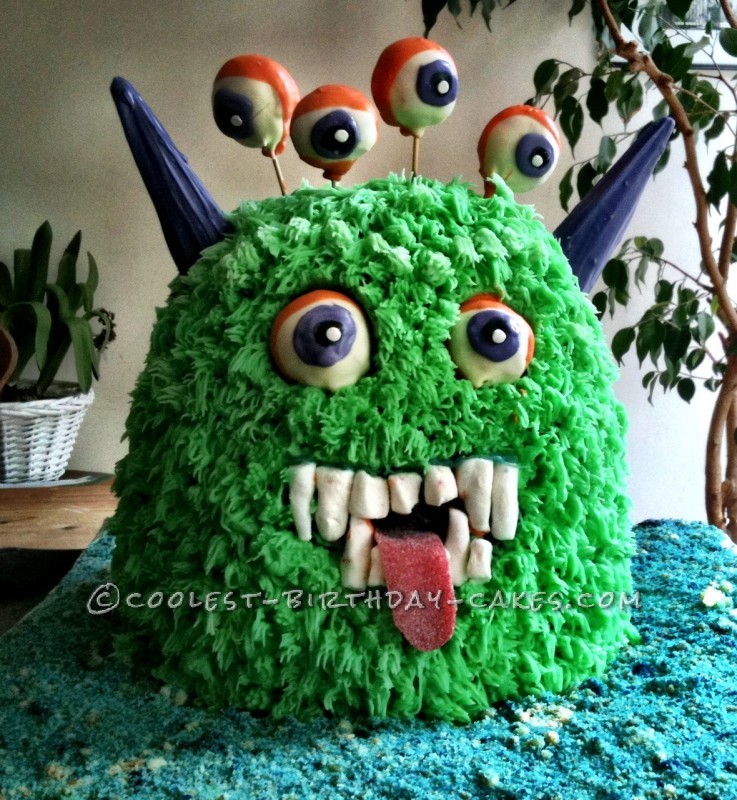 My son and his 3 best friends all have birthdays one day after another, so they decided to have a joint party for their 7th birthday. All 4 worked on the idea for their cake, complete with drawings. It was decided that it should be a monster, but more silly than scary, it must have horns, lots of eyes and a mouth full of teeth…..so.. Their requested flavor was chocolate and it was to feed an entire class full of kids, so I needed to make a very large cake. I baked two 9″ sprinform pans plus a large Pyrex bowl of chocolate cake.

I frosted the layers with a thick chocolate fudge frosting and stacked the springform cakes on one another and the bowl-shaped cake on top. I trimmed the cakes so their the shape was the same. With some chocolate fudge filling and leftover cake pieces I had after trimming, I made cake balls that looked like eyes.

The outer frosting is a simple green-colored butter cream that I first spread thinly with a spatula and then frosted again using a tip that had a lot of small holes so  the frosting looked ‘hairy’. The horns are ice cream sugar cones dipped in colored chocolate. The teeth are cut up marshmallows and the tongue is a sour candy roll up that was trimmed.

The entire cake was so large that it had to be held together on the inside with some heavy duty chopsticks! It was a really fun cake to make and the kids loved it! 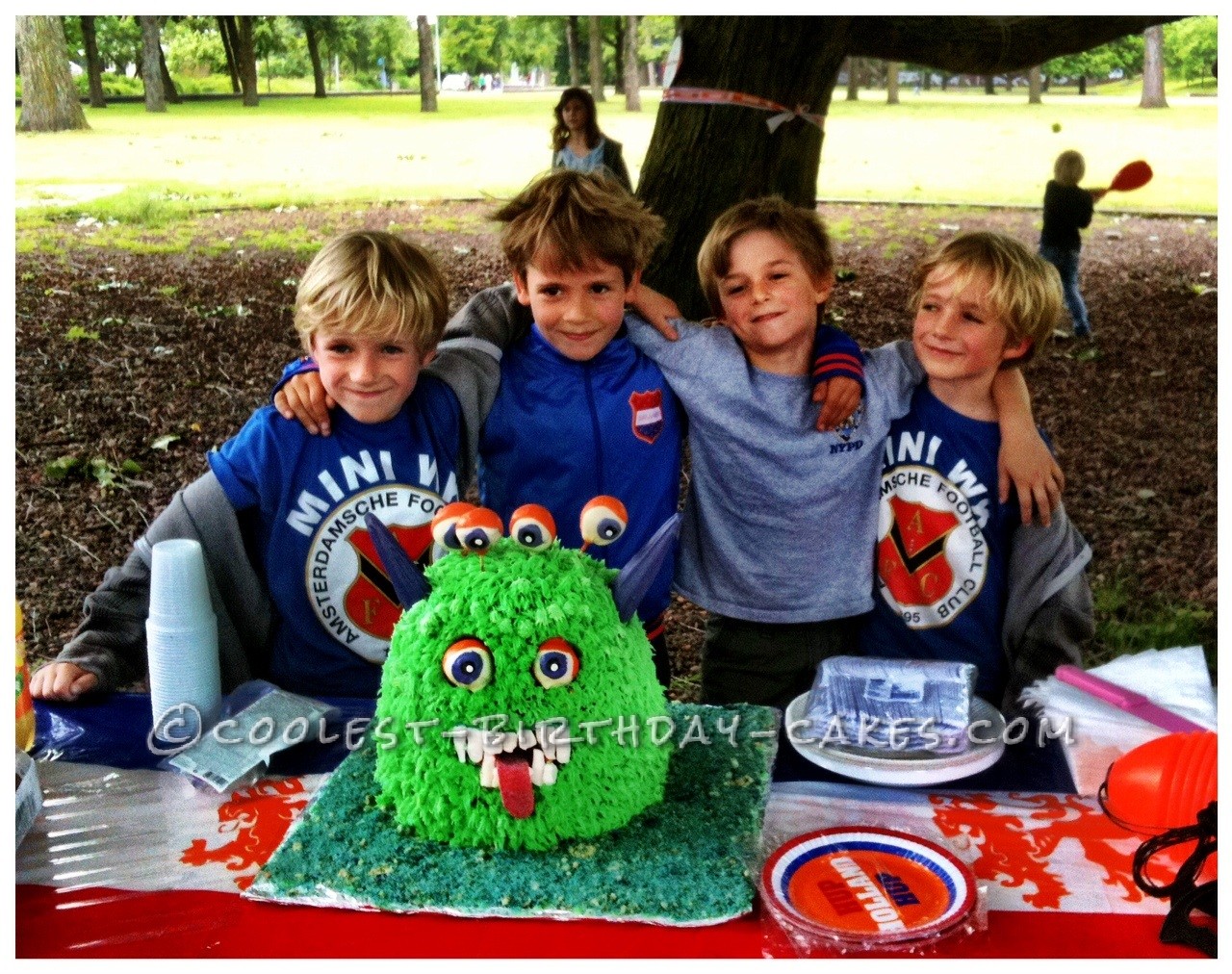