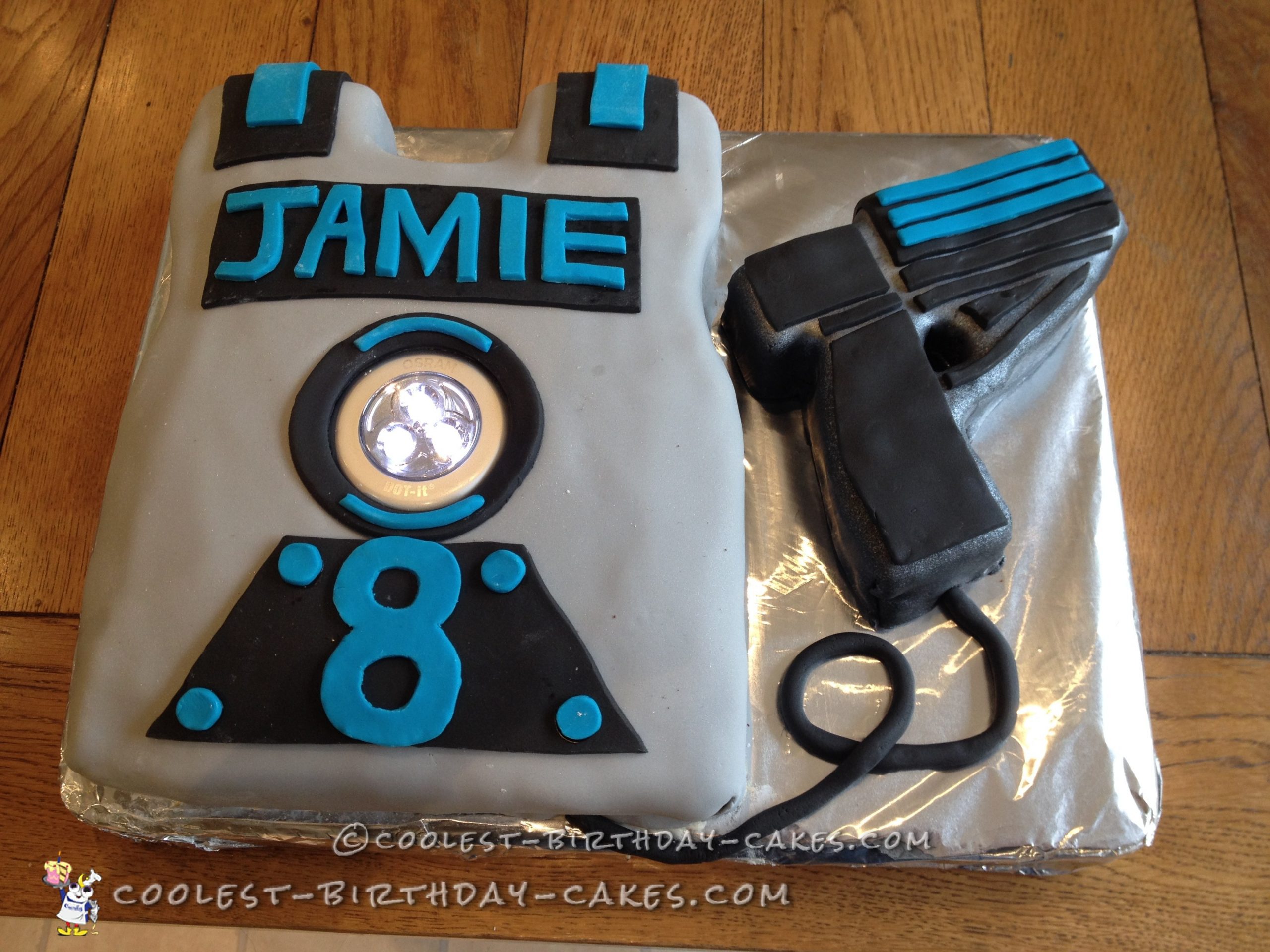 I made this cake for my 8-year-old son as he was having a laser combat party – it went down very well with both him his guests! They were particularly impressed with the LED light on the vest!

To start, I made a dense chocolate sponge cake in a large square tin and cut off almost a third on one side to make a rectangle for the vest. (The cut off part was used later to make the laser gun.)

I then made a horizontal cut through the vest and used chocolate butter cream for both filling the cake and covering it all over.

When it came to decorating the cake, I used ready-made grey fondant/sugarpaste to cover the vest all over. When this was done, I placed a small round LED light (bought from a hardware store) in the middle of the vest and used it as a stencil to cut a circle shape out of the sugar paste/fondant. I then cut slightly deeper into the cake itself until I could place the LED light neatly into the hole so that it was pretty flush with the surface of the cake. (The LED light worked by simply pressing down on it, so I was able to gently turn it on and off once in the cake.)

Black and blue sugarpaste/fondant was used for the extra details on the shoulders of the vest, around the LED light and for my son’s name and age.

For the laser gun, I cut a rough gun shape out of the leftover sponge cake, and made a hole around the trigger area. I covered it with the buttercream and grey sugarpaste/fondant. I then lightly sprayed the fondant with some black edible lustre spray to give it a metallic effect. I added cut out shapes of black sugarpaste/fondant to give more definition to the gun and then added a few strips of blue fondant to co-ordinate with vest.

To finish, I used black fondant rolled out thinly to make a wire connecting the gun to the vest, and stuck a red glow stick into the end of the gun to look like a laser. 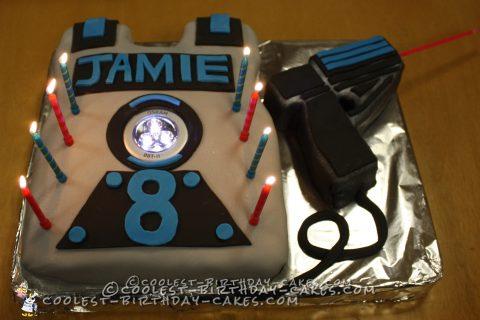