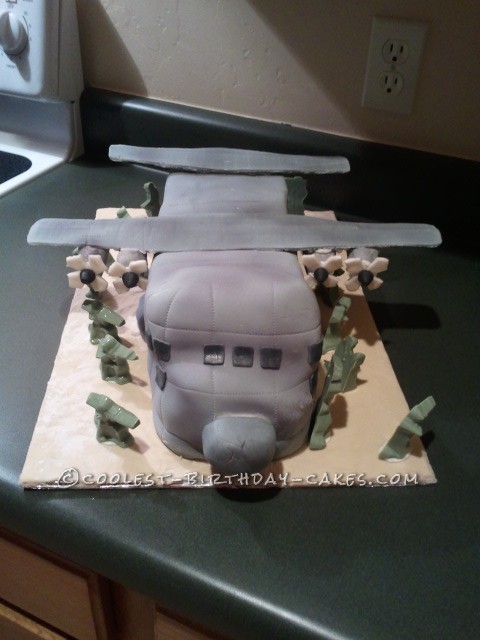 This aircraft cake was created for a group of men and women who worked with the military. A cake of an aircraft was specifically requested.  I already knew this cake was going to be a challenge for me but was up to it and excited to do it. I always enjoy trying new things, that’s how I learn and grow. This cake was a challenge for me because I was going to have to carve and shape some things, which I had not done before at that time.

The middle of the aircraft was made from cake and the front and end sections were carved from rice crispy treats. I frosted the cake as usual and after carving the front and end sections, they were attached to the cake. The entire cake was then covered in gray fondant. The wings were made in advance so that they would have some time to harden. I also placed dowels in the fondant to help keep the wings straight. The wings were then attached using royal icing. The propellers were shaped out of rice crispy treats, covered in fondant and also attached using royal icing.

I sprayed the cake with black coloring to add some additional color. The green army men were created using a candy mold in the shape of the old toy army man. I colored some white chocolate to make that toy army man green and then filled the molds with the green colored chocolate. The molds were then placed into the refrigerator to harden. I ran into some problems making this cake, since I was learning but was able to overcome them and complete the cake.  I spent more time than I planned to on carving and shaping the rice crispy treats.

I enjoyed making this cake because it was a challenge for me but I am very proud of the finished product.  Everyone loved the cake and was surprised 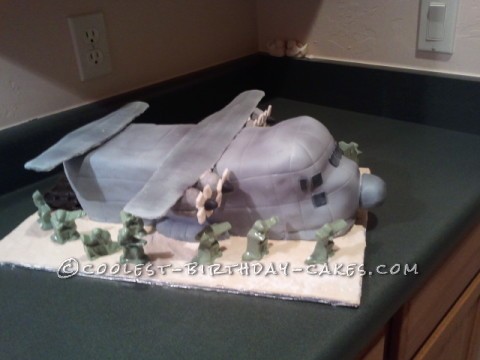 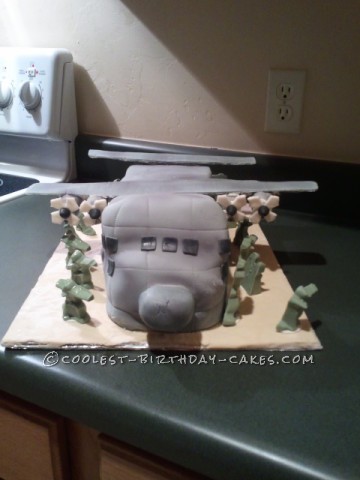 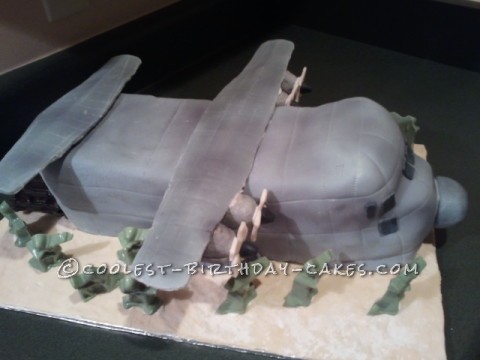 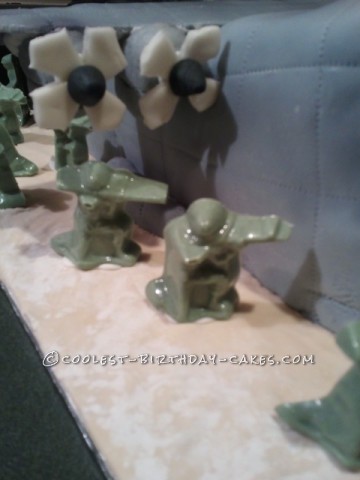