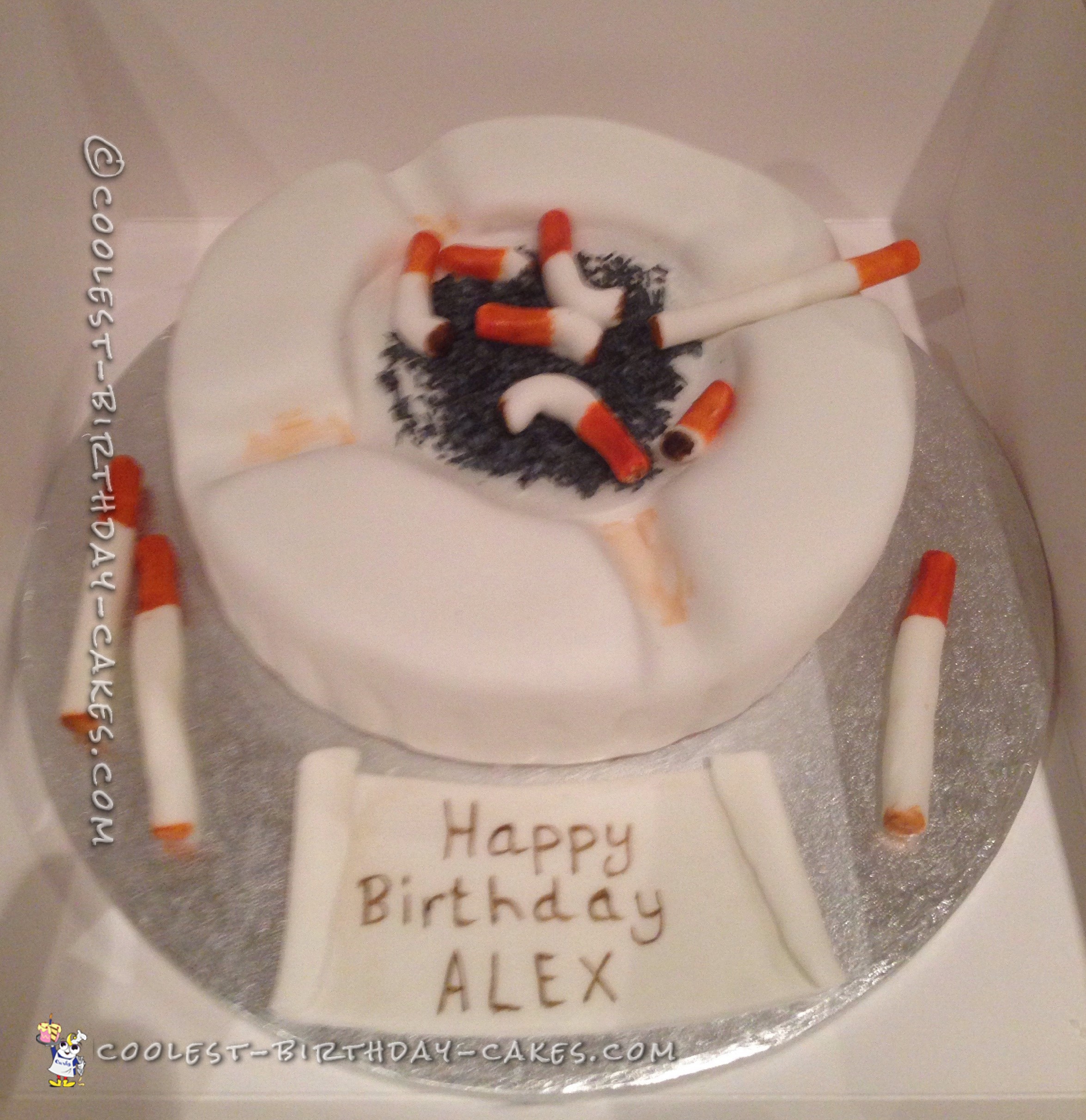 Well this ashtray cake was a first for me. I was asked to make an ashtray cake for a friend of mine who works for a cigarette company.

I started by making 2 x 9″ round cakes when these were cold I filled with buttercream and jam and then I cut the shape of the cigarette rests into the top of the cake and I then covered in buttercream and chilled. Meanwhile I rolled out some white icing enough to cover the whole cake.

I then covered the cake in the white icing and set aside to harden overnight. Next day, I used some icing with a little flower paste I added so they would harden. I made the full cigarettes and then I made the cigarette stubs and set aside till hard. I then mixed some food coloring with a little vodka and painted the the filter edge of the cigarettes light brown and colored the end of the stubbs black

I colored some desiccated coconut in black/grey for the ash. I then cut out a circle of grease-proof paper and placed in the base of the ashtray before adding the coconut and the cigarette stubbs. After that I positioned the full cigarettes attaching using some royal icing.

Finally, I made a plaque and when dry I wrote a birthday message using an edible marker pen. I was really pleased with the finished result. 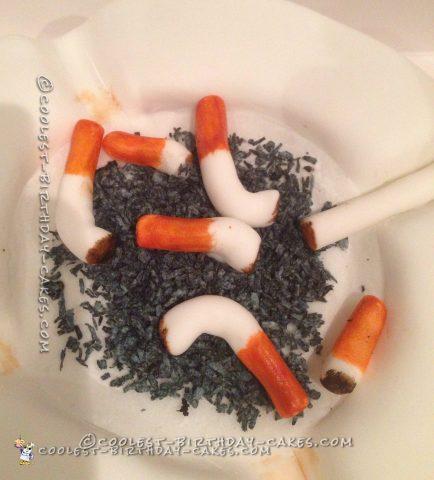