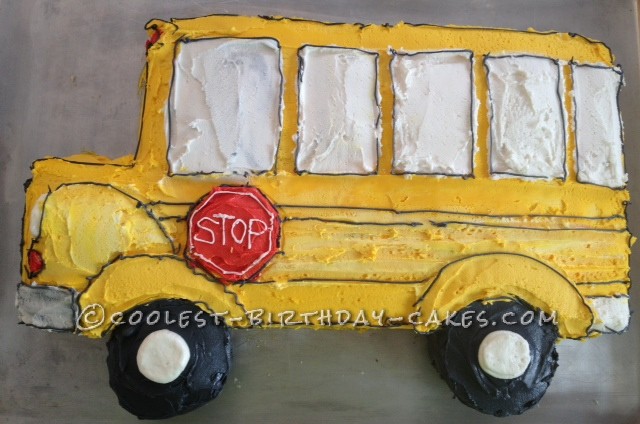 To decorate a cake, my steps are always the same. I get a box cake and add a pudding mix. Then I follow the cake mix directions. I look at the design I want to create and I figure out what forms I will need to get the basic shape. In this case I needed a 9X13 pan for the bus body, a mini loaf pan for the front, and 1 cupcake, cut in half to make the wheels.

When each form was baked and cooled, I arranged them into a bus shape on a large cookie sheet and froze it over night. Then I made my frosting and mixed 2 main colors; a bright yellow with a hint of orange, and black, leaving the rest white.

In the morning I organized my colored frosting, butter knives, and got a zip lock baggie that I would use at the end for the black outline (I’m not a professional decorator so I keep it simple and in expensive).

Normally we celebrate birthdays on our actual birthday, but Kaden was turning two and we decided to have a party for him on Saturday, November 10th instead of his actual birthday, which was Sunday, November 11th. Being 36 weeks pregnant, I was exhausted, my back ached and legs burned as I stood in the kitchen staring at my “blank canvas”. My bulging belly kissed the counter top as I awkwardly slapped the bright yellow frosting on the bare bus form.

I’m never sure how my cakes will turn out, but when I added the finishing touches to Kaden’s bus cake, I was pleased with the end result. Excitedly I put it back in the freezer so he wouldn’t see it until it was time to sing to him at his party.

The day moved quickly from one thing to the next and before long it was time to go to Artic Circle to celebrate. After some playtime on the indoor playground, we gathered the kids together around the table. Kaden pointed and hollered, “BUS, BUS, BUS!” as I set his special cake in front of him. We sang Happy Birthday and cheered him on as he blew out his two candles. The fabulous bus cake was a success, but it is not the end of this story!!!

After all the festivities we returned home and began winding down for the bedtime routine. Our two boys were extra energetic, bouncing from one room to another; so I was thrilled to let my husband put them to bed as I finished up projects from earlier in the day. At 11:00 I sat down for the first time and felt a gush of warm water. Four weeks early and on the eve of my second son’s birthday I was shocked at the realization that my water had broken and I was in labor.

Astonishingly, my daughter Melea, 5lbs and 11oz and completely healthy, was born at 1:04pm on Veteran’s day, precisely 2 years and 15 minutes from when Kaden was born. Our decision to celebrate Kaden’s birthday the day before ended up being a good one. The boy’s enjoyed Sunday with Nana and Papa… and today, all Kaden remembers about his “birthday” is his coolest bus cake! 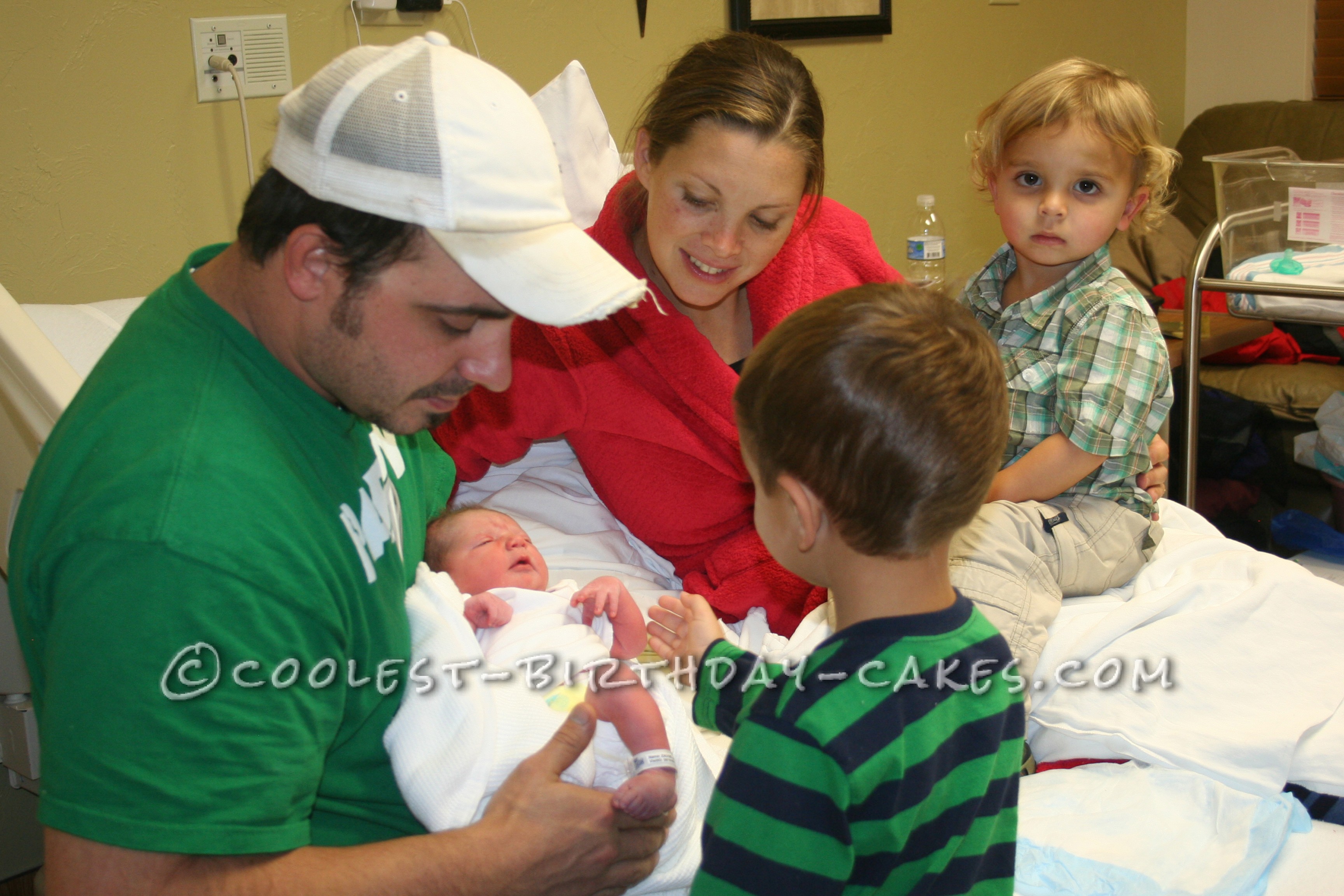 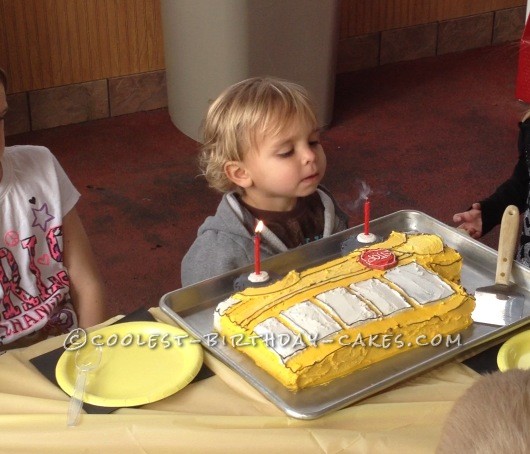