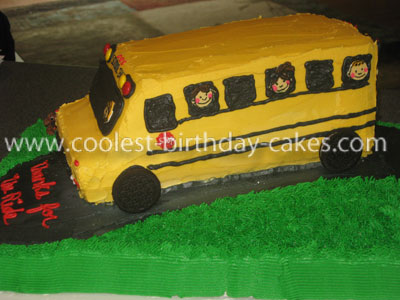 I made this School Bus Cake for an end of school/retirement party for a group of bus drivers.

I used a half sheet cake as the base and just frosted it with gray frosting for the road and used the grass tip for the grass. I put a little dog on the lawn waiting for his kid to come home. Just made it out of buttercream.

The bus is made out of a 1/2 sheet cake cut into three pieces with a little extra trimmed off so it wasn’t too wide. I layered the cake with buttercream in between and frosted the whole thing yellow. I carved an angle for the front of the bus, then I just used buttercream icing to fill in all the details. The lights are m&ms the wheels are generic Oreo cookies.

To make the kids faces on the bus, I printed some cartoon pictures off the web. Covered it in waxed paper then used buttercream frosting to make the faces (frozen buttercream transfer method) and put them in the freezer so they were easier to apply to the cake when they were frozen. 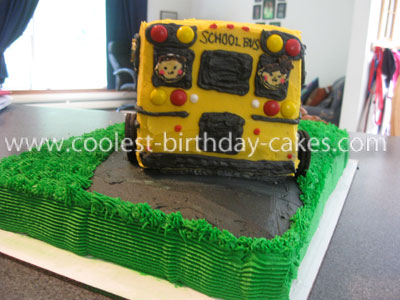 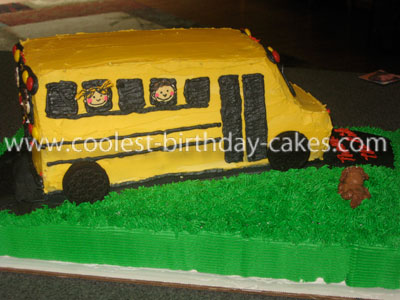 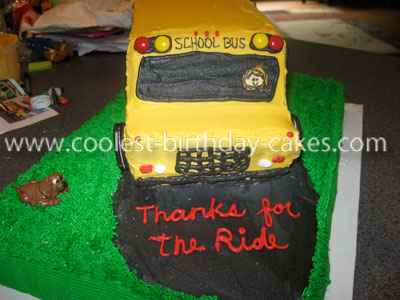