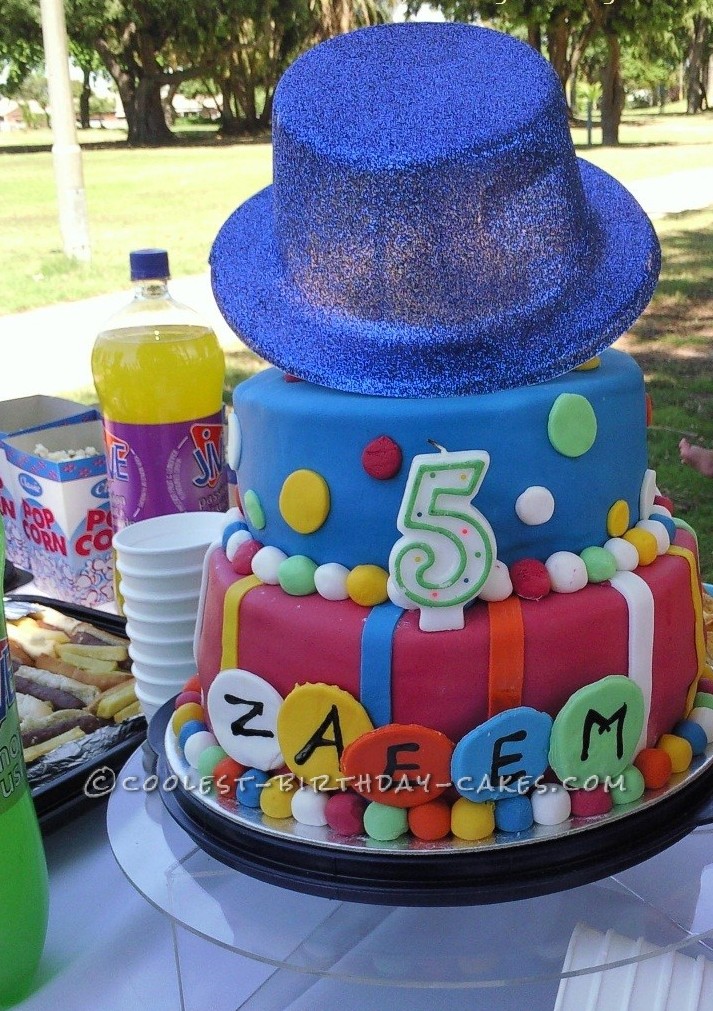 When my son was 4 years old he attended his sister’s play at school and was amazed what how they performed. The play was all about the Cape minstrels.  Since then his been fascinated with them.  He made his Ouma make him a costume, whilst choosing his own colors. When it came to his 5th birthday he wanted a party provided I make a cake for him.

I made a vanilla cake topped with butter cream icing and covered it with bright colored fondant. I added some stripes as well as some spots and topped it off with a Coon hat. He was amazed at the cake. The day of the party he couldn’t stop bragging about his coon cake. His father even had to buy him a guitar to go with the whole theme. He was imagining that he was a coon as he played his guitar thinking he was a pro. Just imagined how he sounded playing a guitar for the first time at his own party. The kids simply loved it and challenged him to see who could play better.

He is now 8 yrs old and still talks about his cake!