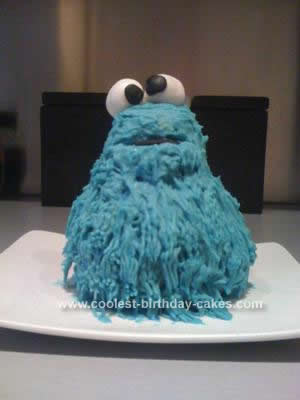 My boyfriend who is 31 this year is a massive cookie monster fan (you are never too old!) so I decided to make him a Homemade Cookie Monster Birthday Cake after seeing all the other cool cookie monster cakes out there.

I started by using Betty Crocker’s Super Moist Butter Cake mix. I figured I would rather use a cake mix to save time so I’d more time to decorate. Being my first proper cake, I had no idea how much time it would take.

I bought a Wilton 3D Mini Stand Up Teddy Bear pan from eBay and followed the instructions. I think I might have overfilled it as there was a lot of mess afterwards but luckily it soaked off the pan later.

I cut off the ears from the teddy bear cake once it had cooled and cut a mouth into the cake. I used butter icing coloured blue and covered the cake first in a thin layer before attempting to use the icing bag. First go at using an icing bag – didn’t go too well. I made a bit of a mess and it didn’t look as good as I thought it would in my head. I covered most of it and then “combed it out” using a fork. I then made two googly eyes from white and black regalice fondant and black for the inside of the mouth.

I thought I did ok for my first attempt! 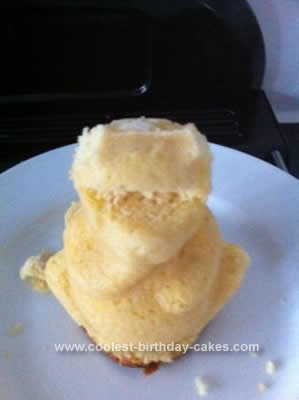 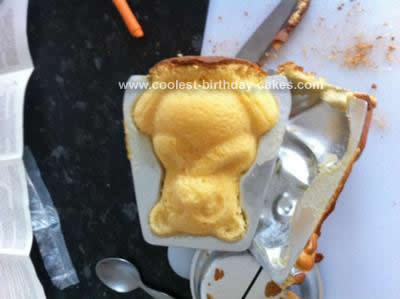