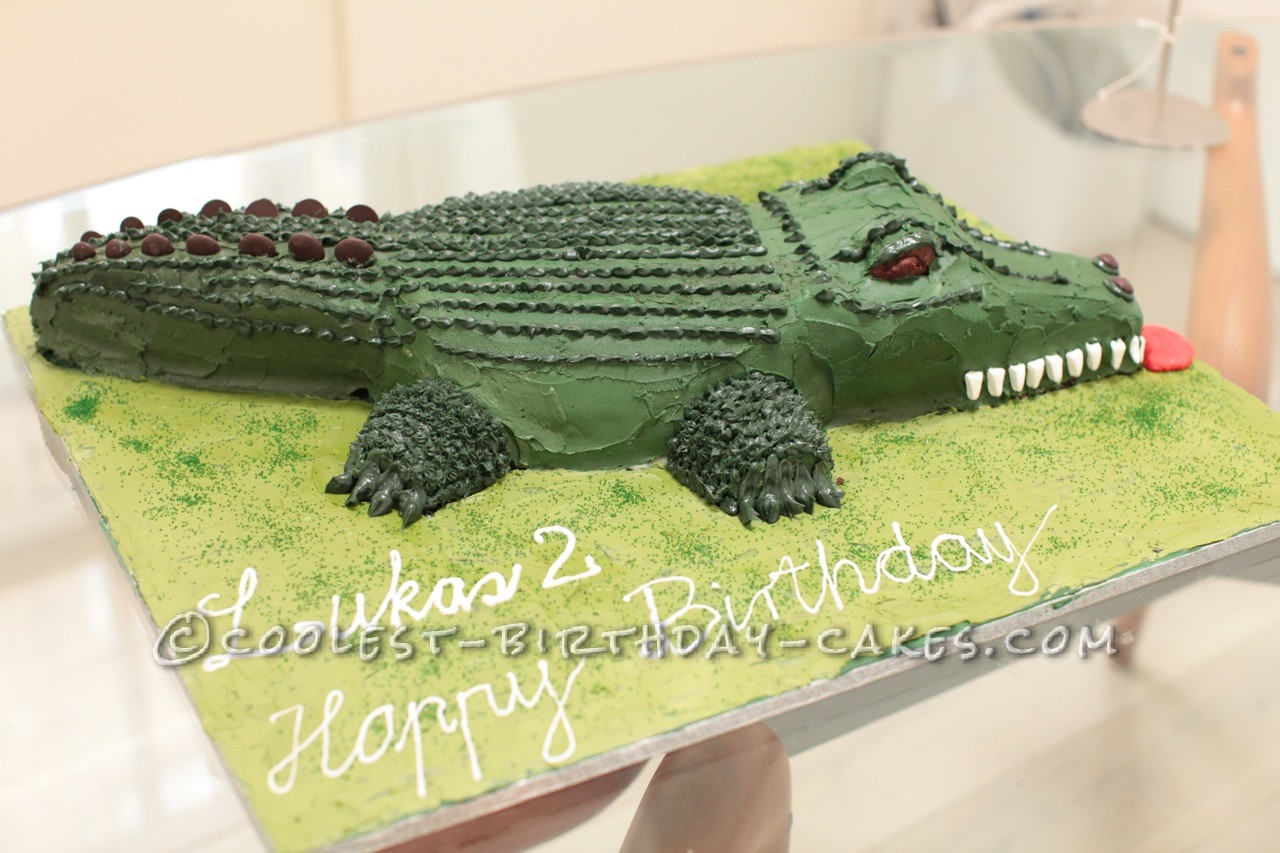 My son Lukas has an obsession with crocodiles (which he calls ‘Row row’ – from the song “row row row your boat”) so when it came to plan his 2nd birthday, there really was no other theme that felt right. I quickly realized that there is no such thing as a ‘crocodile cake tin’ on the market so there was no other way than to design the cake myself.

I am Danish and the traditional birthday cake in Denmark is a round layer cake. I knew I wanted that as part of the crocodile so it had to be the belly. For head and tail I decided to make two different cakes – a rectangular slightly wide chocolate cake for the head and narrower rectangular  banana/carrot cake for the tail – both cut into shape. For legs and eyes I made gluten free and sugar free chocolate cup cakes in small and normal size.

I shaped the actual crocodile the night before the party and spent the next morning decorating it with green cream cheese frosting first smeared across the whole crocodile and afterwards I piped the ‘scales’ of the crocodile. The cake board was done with green royal icing sprinkled with green sugar. I used mini marshmallows (which I cut into shape) for the teeth and colored some marzipan for the tongue. Finally a few chocolate buttons for the nostrils and down the tail.

For the delivery of the cake, my husband dressed up in a crocodile suit and I was dressed as a crocodile hunter in a safari outfit. It was a huge success – everyone loved the ‘show’ and our son was ‘gobsmacked’ by his cake. And fortunately, thanks to it being home made, people loved the cake and ate it happily – the belly of the crocodile (i.e. the traditional Danish birthday cake) was everyone’s favorite.

The first thing our son said the next morning was ‘Row row cake’ – and two weeks later he still asks to see pictures of the cake. 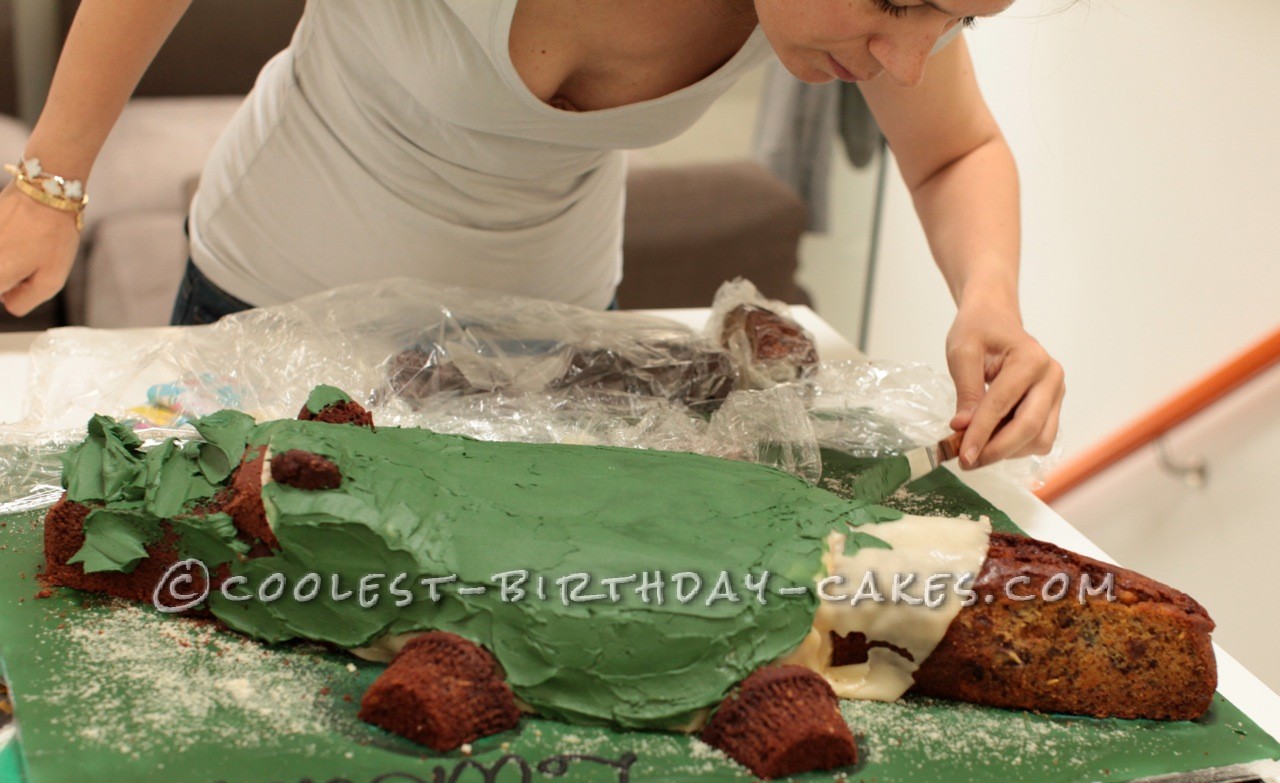 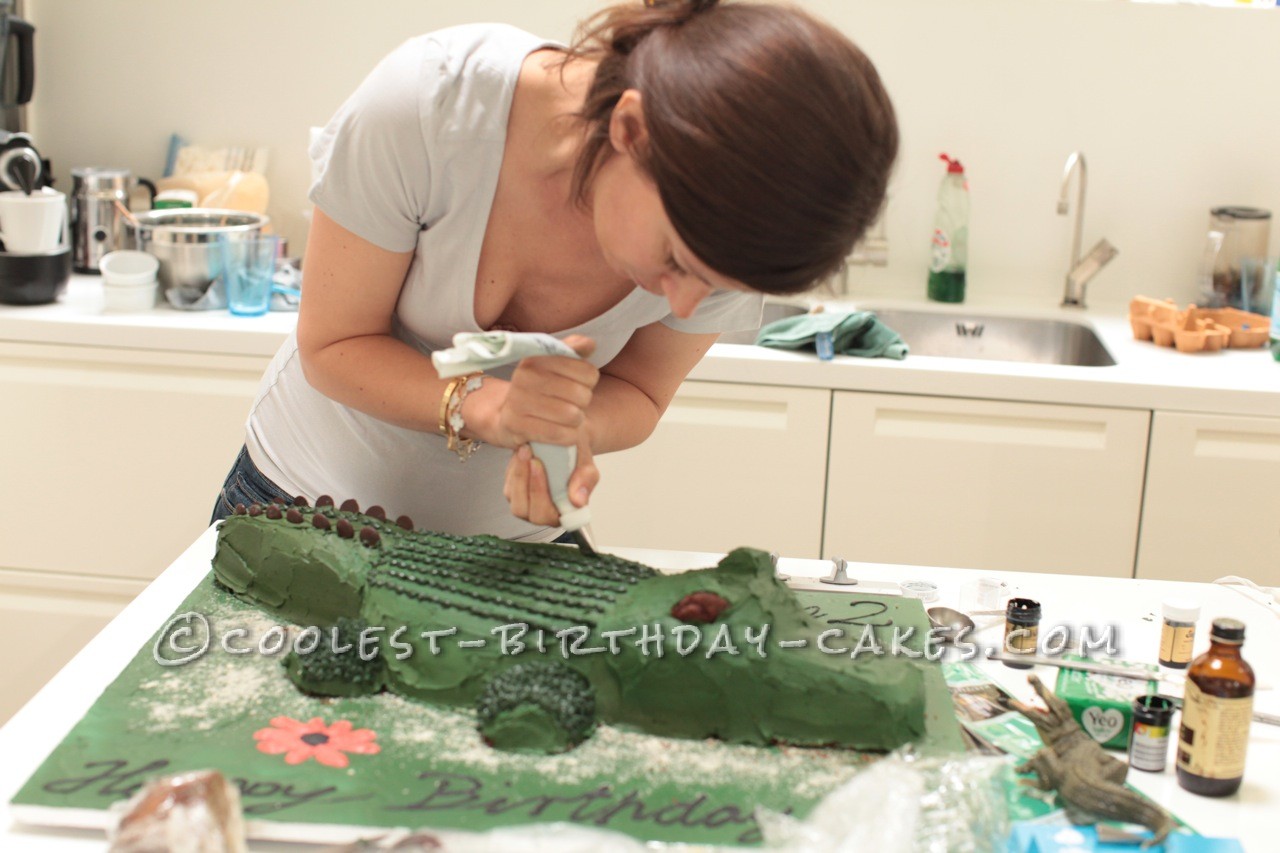 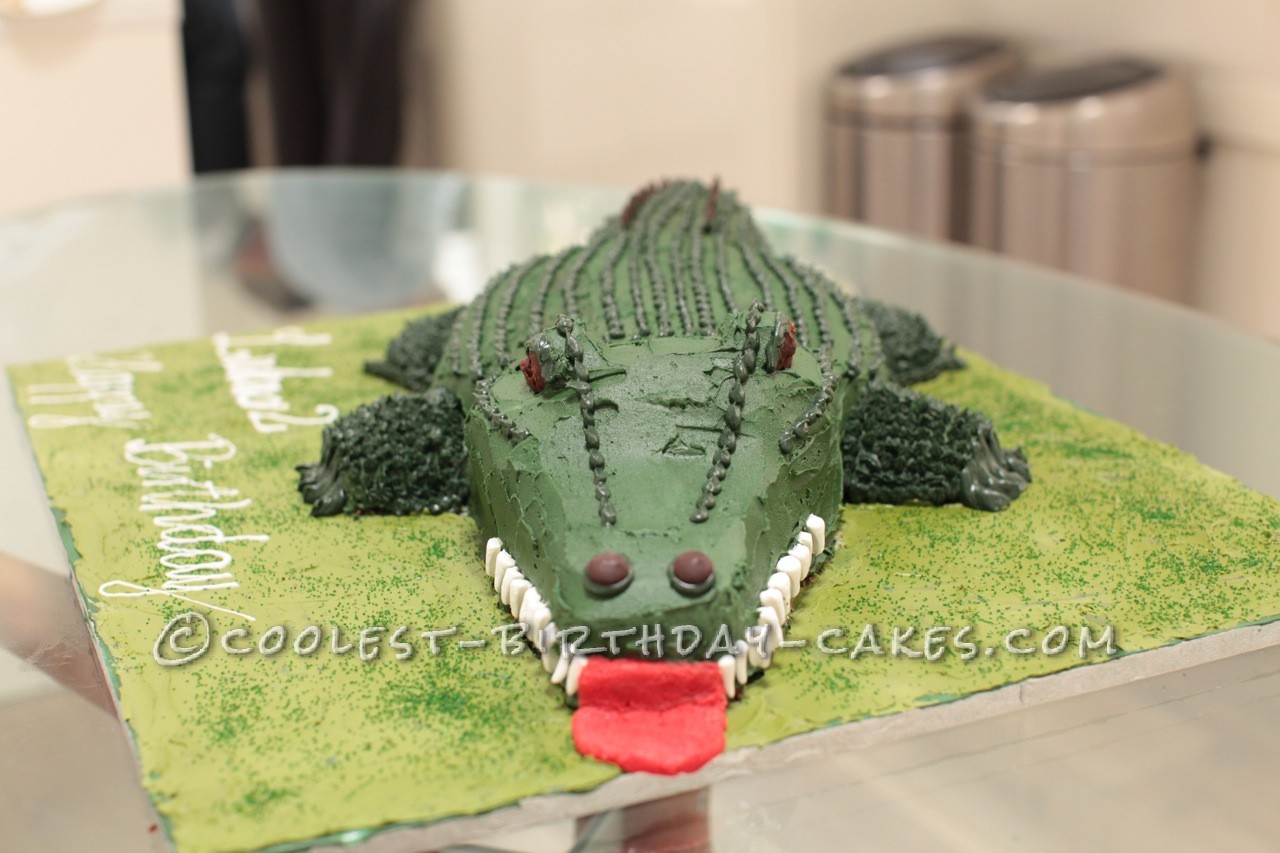 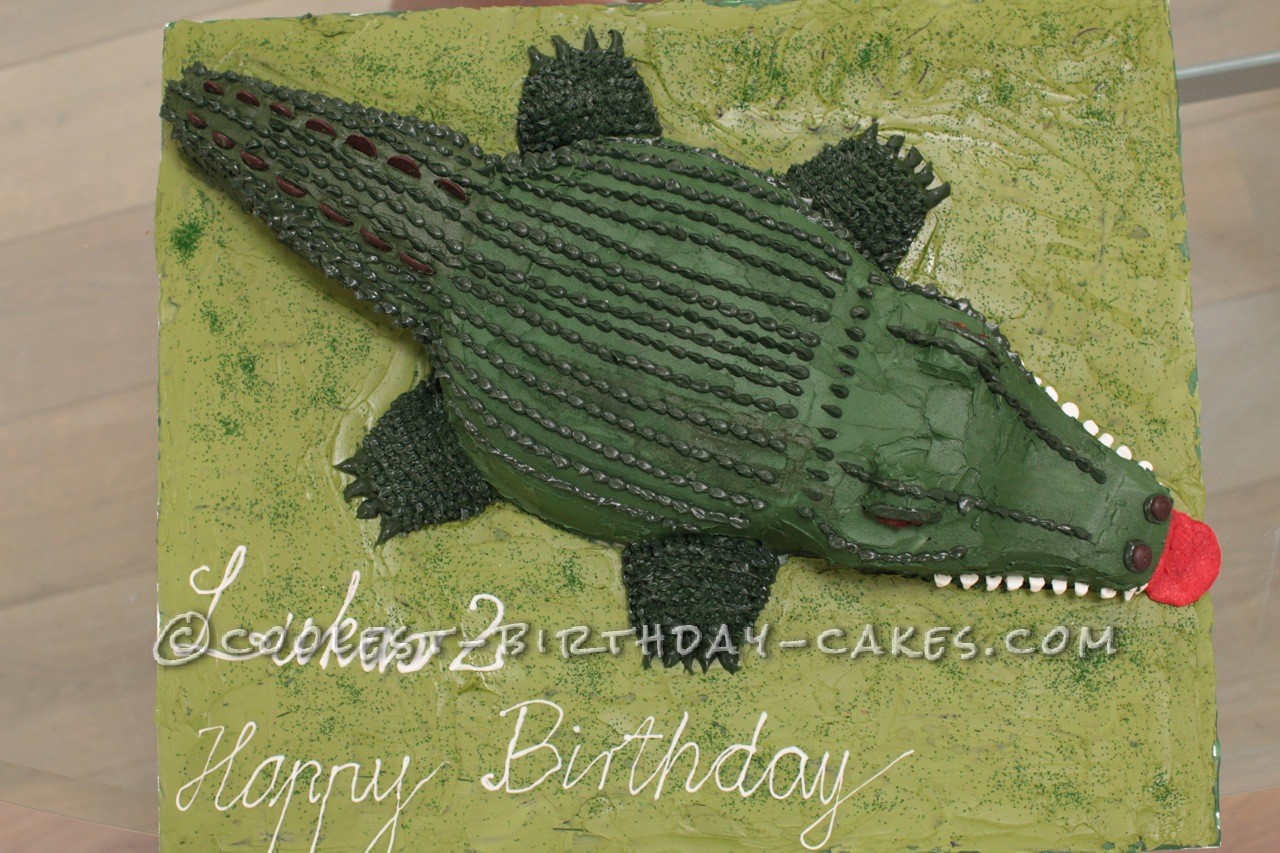 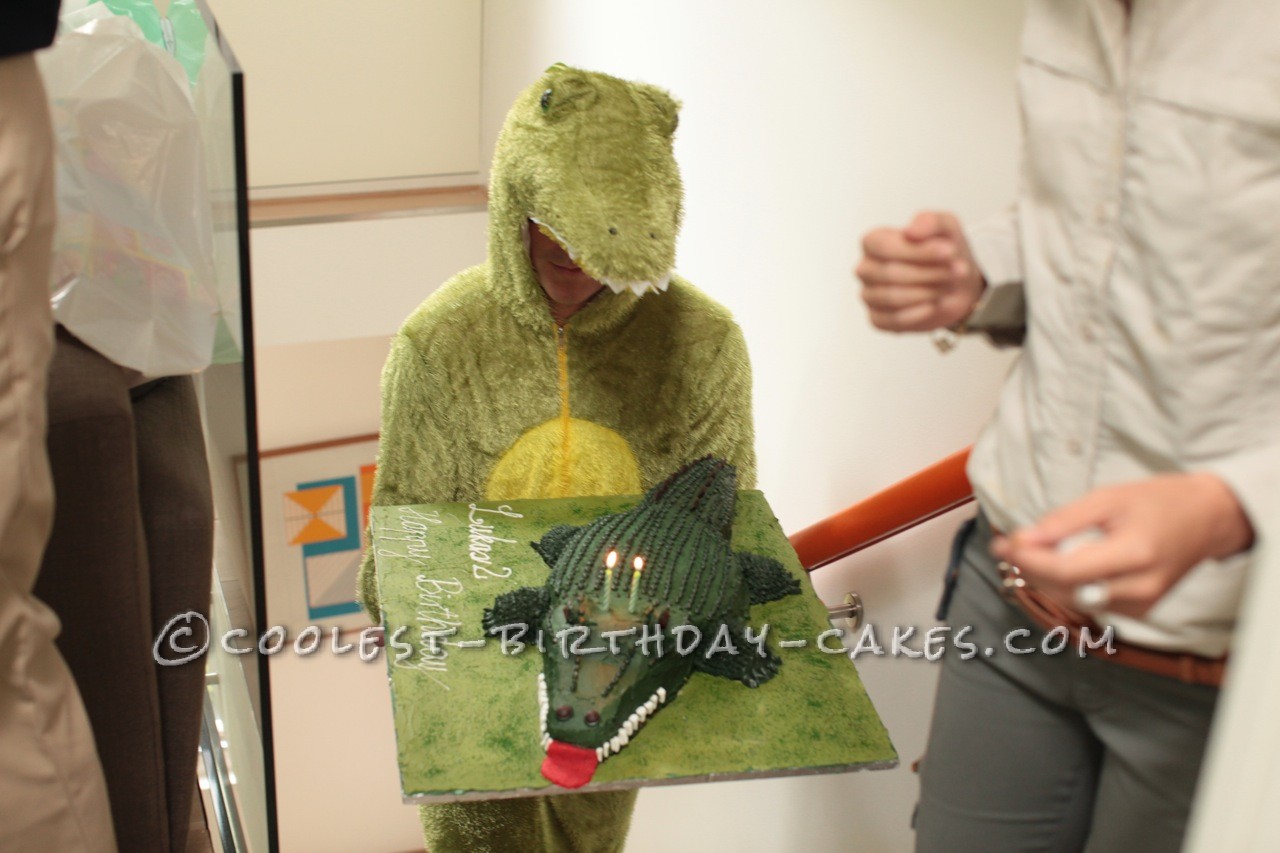