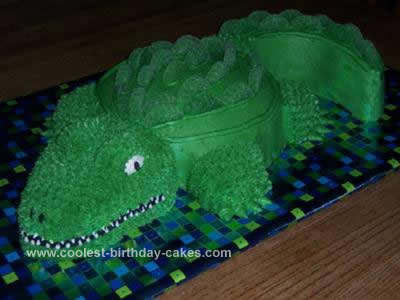 I frosted the entire crocodile in green buttercream, then piped details in black and white for the mouth, eyes, and teeth. The crocodile’s bumps were jelly candies.

This cake can easily be made larger or smaller, depending on the size cake pans you use! 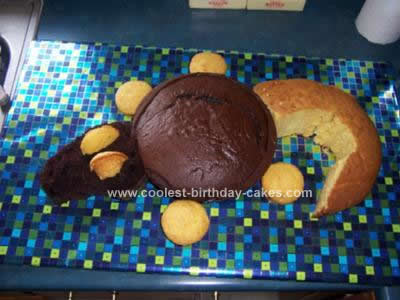