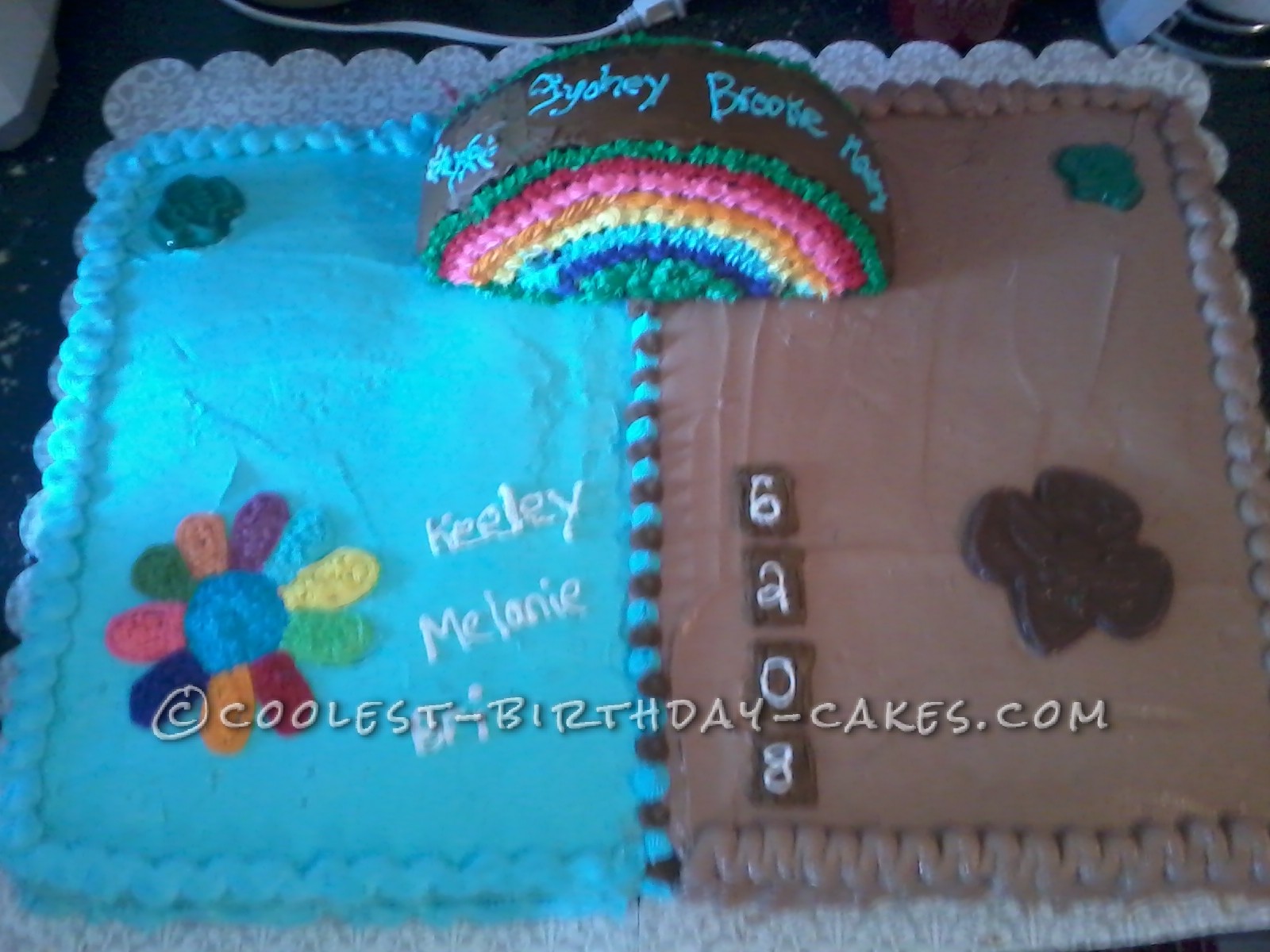 I made this Daisy to Brownie Bridging cake for my daughter’s bridging ceremony to Brownies.  I used a half sheet pan and made 2 cakes.  I used 2 mixes for each half sheet.  After each cake was made, I leveled the tops of each cake and layed them next to each other on cake boards that I taped together.

They were full sheet cake boards.  After the cakes cooled for an hour in the refrigerator, I then crumb coated the left side.  After that set, I used the remaining butter cream icing and tinted in blue for the daisy side.  I then set some white icing aside, and drew with a toothpick a picture if a daisy.  With the white icing, I took a little for each color I needed and used a star tip to pipe each color of the center and petals.

For the brownie side, I made a chocolate butter cream icing.  After spreading it, I drew four squares and put in the troop number in the squares in white.  The gs emblem on the right is a candy mold I made with chocolate.  The 2 green ones on the top if the cakes are white chocolate candy molds.  The bridge is a round cake cut in half.  The top is chocolate icing and on each side is the rainbow piped in a star tip.  The top of the bridge is the girls names bridging over.  The names on the daisy side are the girls staying in daisies.

Everyone loved this cake!  It took me awhile but well worth it!