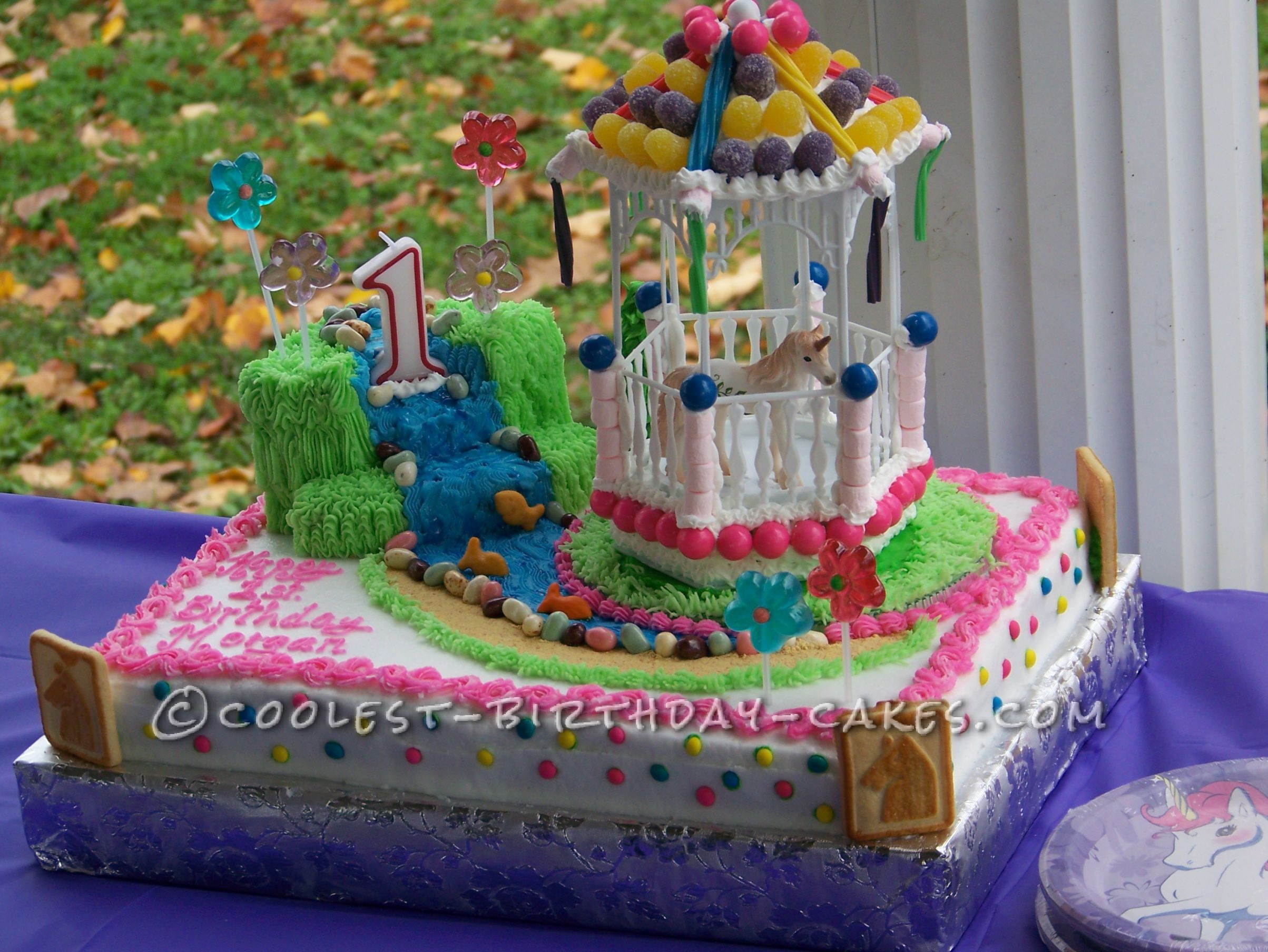 I made this sweetest Unicorn and Gazebo 1st birthday cake  for my middle granddaughter Morgan’s birthday. Her party was in a park with a gazebo and her Mommy had chosen a Unicorn theme. Her birthday is Halloween, but Mommy doesn’t want that to be the theme of her birthdays. It actually got quite cold the day of the party and was very windy too, but the setting was beautiful- pretty white gazebo surrounded by red rose bushes. At least I didn’t have to worry about the cake melting!

Everyone loved the cake at the party and was surprised that “Grammy” made it. I love to make challenging cakes and care as much about the taste as I do the decorations. I also like a cake that is unique and not just a copy of a supermarket design.

Getting started with the gazebo:

I found a plastic gazebo, assembled and glued it together. Then I decorated the gazebo with gumballs around the base and railing posts. Then I added gumdrops to the roof- all stuck on with royal icing. And then added fruit flavored Twizzlers to the roof edges and sections of the roof. In the center I put a pretty little Unicorn foal that would also serve as a toy for the birthday girl.

To make the base and waterfall portion of the cake:

Putting it all together:

After placing the waterfall cake onto the sheet cake, I added the gazebo, again with dowel supports for the weight. Then I added Jelly Belly jellybeans to look like rocks and pebbles around the waterfall and stream areas. I made a pine tree by using a waffle ice cream cone turned upside down and piping leaves all over it with a Wilton leaf tip. I put Goldfish crackers into the stream and waterfall. I added hard candy flower lollipops that I bought and used button candy on the sides of the sheet cake in matching colors. Then I finished it off with the writing and borders using butter cream frosting and added Pepperidge Farm Chessmen cookies (horses only) to each corner. 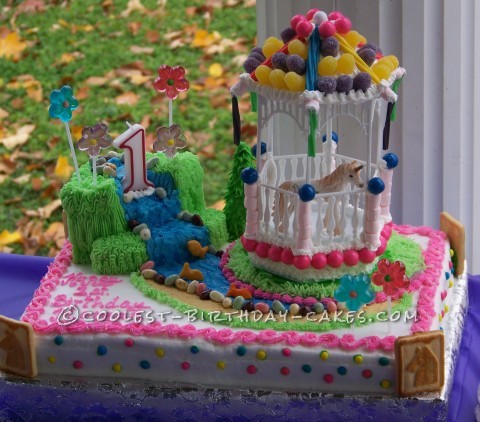