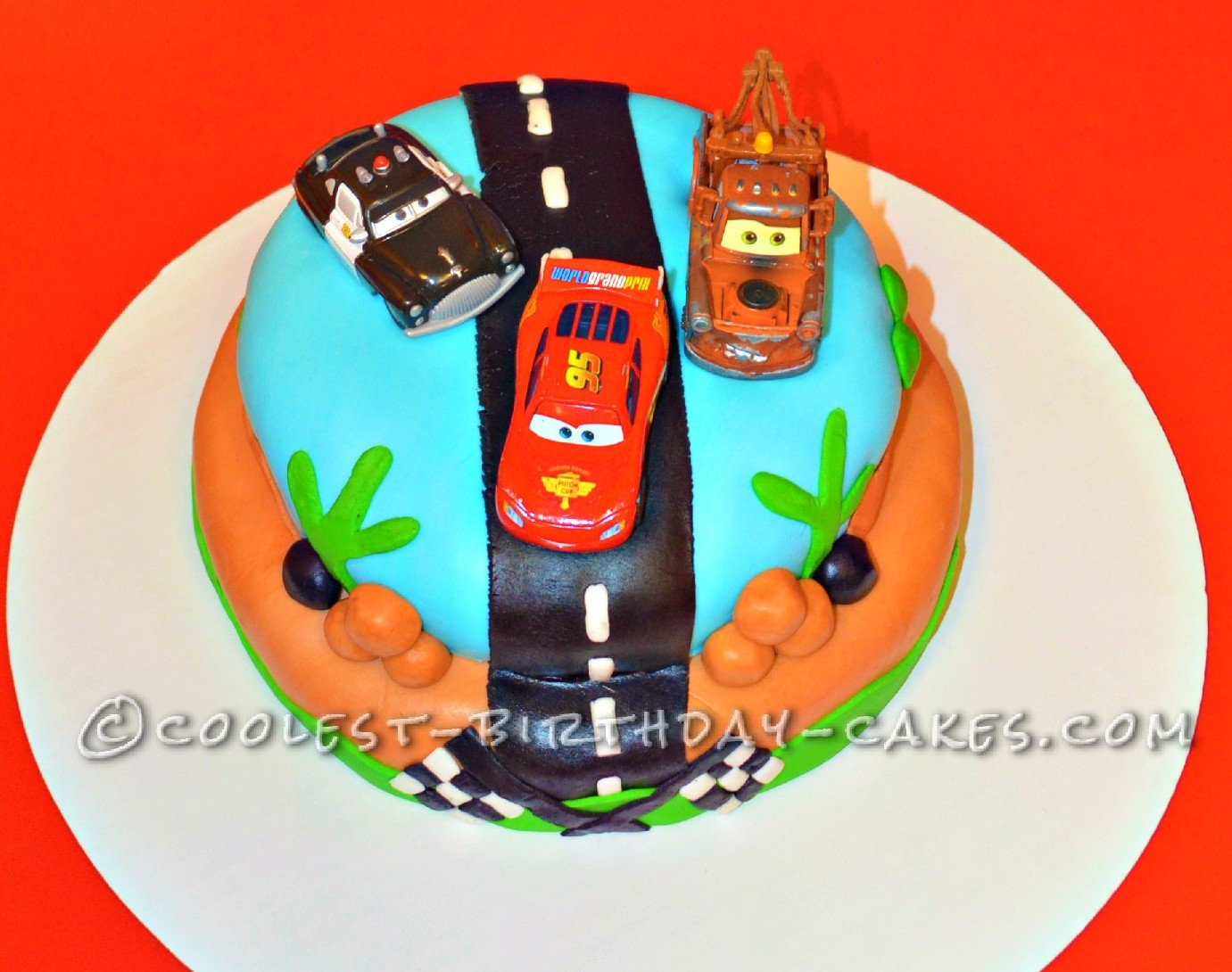 Ok, so this is my first ever attempt at working with fondant. Not only did I decide to work with fondant, but I decided to make homemade marshmallow fondant on top of that! I was very nervous to say the least and prepared this Disney Cars cake two days before my son’s birthday party to give me time to make another cake if this one was a disaster!

My son absolutely loved this cake for his third birthday! I received lots of compliments at his party on the cake and also a few people asked if I would be willing to make a cake for them! I had a lot of fun with this cake and am looking forward to making the next cake!