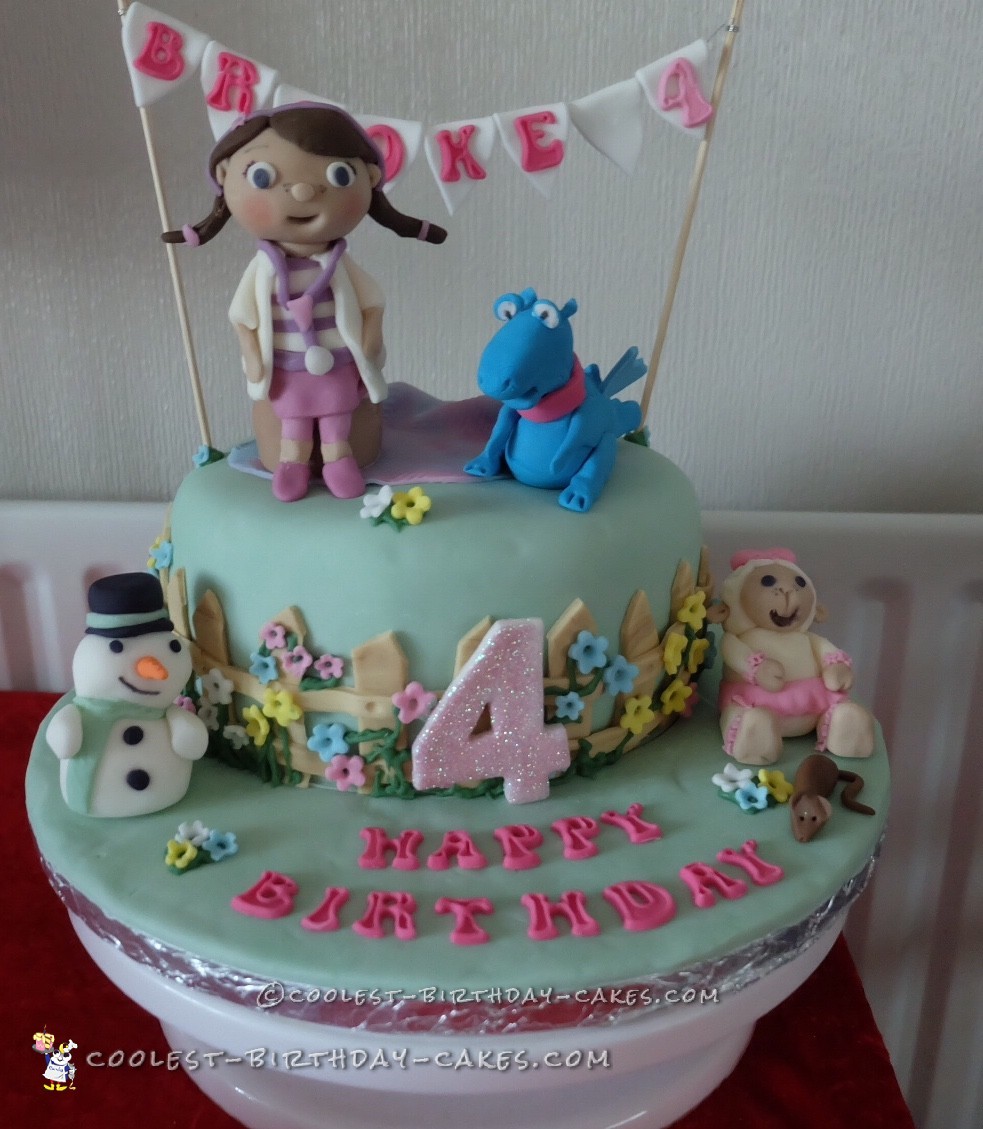 My lovely granddaughter Brooke was 4 years old on bonfire night. Brooke is my little cake maker in training. She loves baking and I’ve mentioned her before in my featured cake baker profile. Well, she loves the Doc McStuffins programs and asked me to make her a Doc Stuffins cake for her birthday. I told her I couldn’t do this as it was too difficult. Actually, I wasn’t sure I could do it.

When making this cake, I had to begin with the Doc.

When Brooke saw it she was amazed she couldn’t stop staring at it and pointing at all the figures I had made. She kept repeating , “Nanny, it’s Doc McStuffins.”

It just melted my heart to know I’d made a little girl so happy. 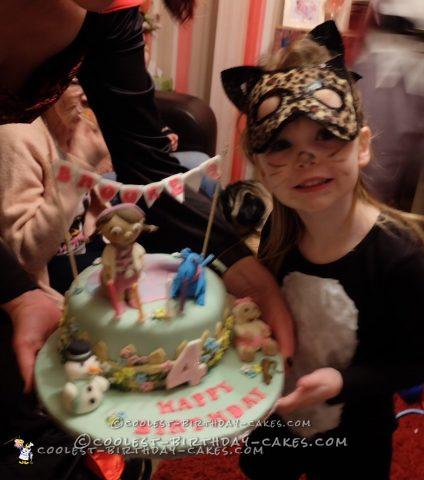