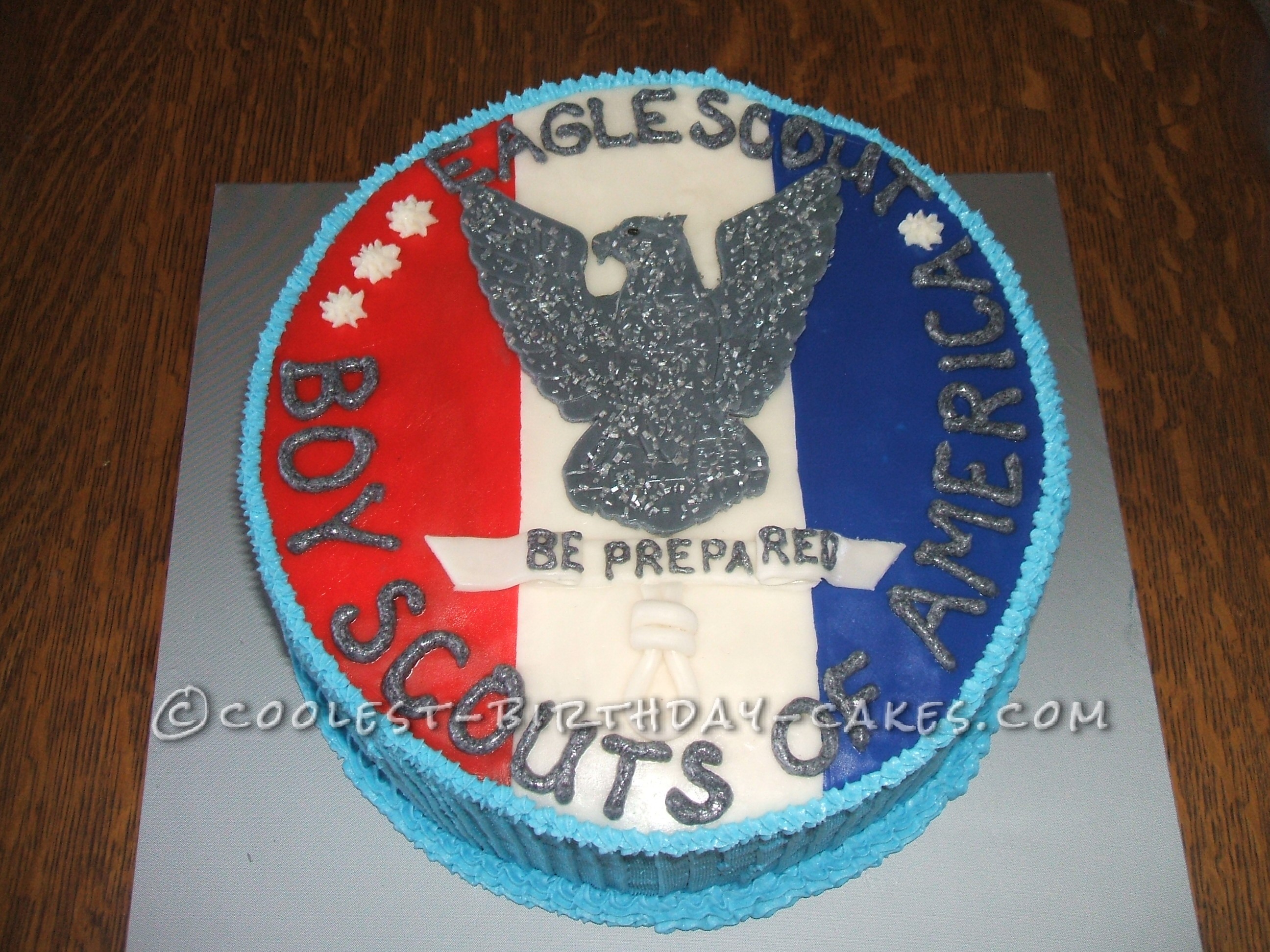 I was asked to make this Eagle Scout cake for a wonderful young man who graduated on Friday and was officially made an Eagle Scout on Saturday!  He wanted red velvet with chocolate ganache and butter cream cream filling.  Mother gave me a picture to go by, but I made some changes.  I wanted to find a plastic eagle, could not, so went to the BS site and downloaded this eagle.  I placed it over gray homemade fondant, traced it, cut it out and sprinkled with silver cake glitter.

I made the red, white and blue out of fondant, as well as the bottom tether and the white banner and put all in the freezer for later. I used the Waldorf Astoria Red Velvet cake recipe first, but in a 9″ pan it fell.  So I used another recipe I found which used butter rather than shortening, did not fill the pan up as much–had a 6″ pan to put the extra batter in and baked for 40 minutes rather than 30.  Yea, it came out.

I have had compliments about a chocolate ganache I make that hardens–it’s like a candy bar in the middle of the cake. After both cake layers had been frozen, I put a layer of the ganache, topped with a layer of butter cream frosting for the filling, put both layers together, crumb coated in and kept in the fridge over night. The next day, I put the frozen fondant pieces on the top of the cake and started covering the sides with a #48 tip.  I used the  #32  tip around the bottom, a #18  tip around the top.

For the lettering, I used the #5  and #3  tips.  I put it back in the fridge to set about an hour and then slowly, very slowly drove it over our dirt roads to the highway and into town. Everyone seemed to think it was great. It sliced very nicely, although I had to use a heavy hand to get  through the ganache.  All the cake was eaten and I got to take my cake board home!