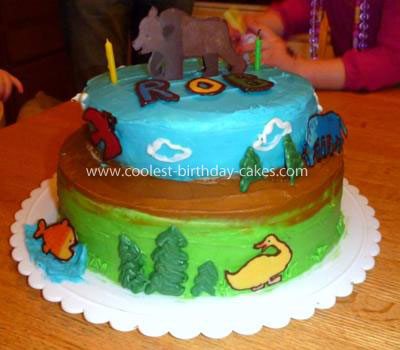 The cakes were then crumbed with plain cream cheese icing. After the cakes set I then decorated both cakes with colored cream cheese icing using Wilton’s icing colors. The animals and trees were made out of chocolate candy melts. I followed the method in the Whimsical Bakehouse book. I made photocopies of each animal and laid a piece of parchment paper on top. I outlined each animal with melted chocolate. I then used various colors of Wilton’s chocolate melts to then add the colors and details. Wilton’s makes colored candy melts, but you can use the basic white and then color with candy colors for a more customized color.

After they dried, I used edible food coloring to paint on some of the details like the horse’s hair. For the brown bear at the top, I made the legs a little bit long so there was something to stick into the cake and made a mirror image bear so that you could see the bear from both sides. The animals were just set on the cake and the icing acted like glue to bind them on. I made a little lake for the goldfish out of blue candy melts.

Needless to say the cake was a big hit with both my son as well as the other kids and each kid could pick which animal they wanted. I made a second set of cupcakes and decorated with a chocolate animal just like in the method above. 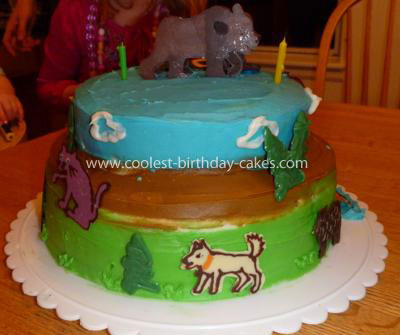 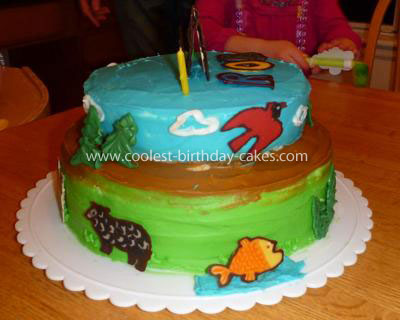