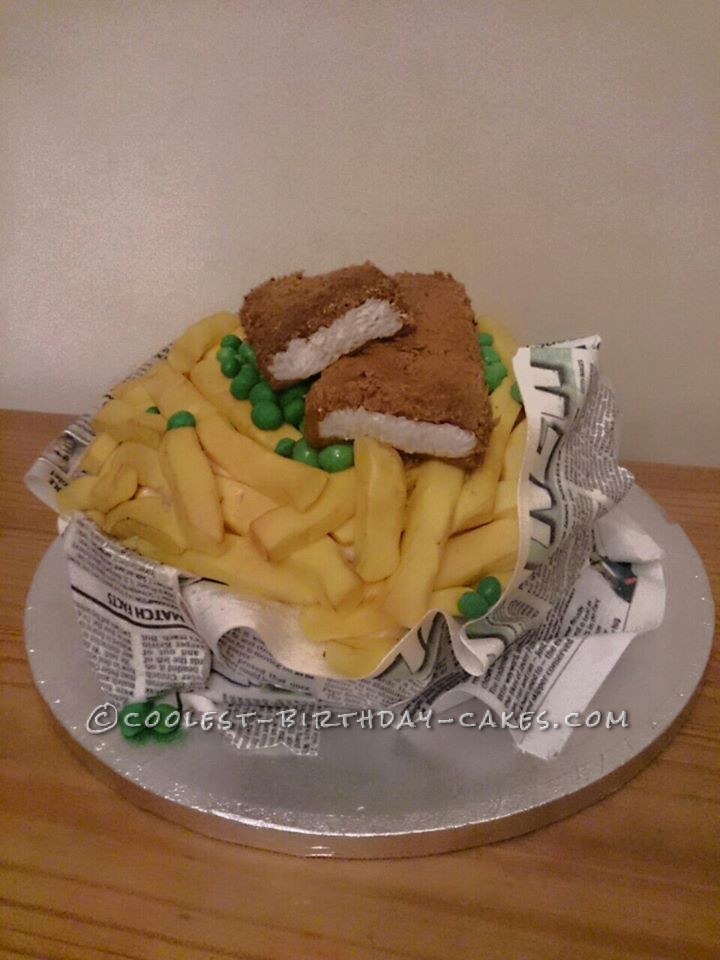 This is my fish and chips cake which is fully edible down to the printed newspaper. The chips are made out of sugar paste dusted with bronze dusting powder. And the fish is made from caramel sugar paste which I then used a fork to flick the fondant to give a flaky effect.

The printed newspaper was stuck to a thin rolled out sheet of white fondant first which made it easier to manipulate around the base of the cake, and if it tore it made the effect better and just stuck the spare pieces on the base. Then added the chips but be careful not to pile them as they are quite heavy and may slip down the cake. The peas were then added and placed the fish on top.

The plastic fork in the second picture was added by our local chip shop! We always said it feel like it would be a bizarre feeling eating it … due to the fact it doesn’t taste as it looks like it should! 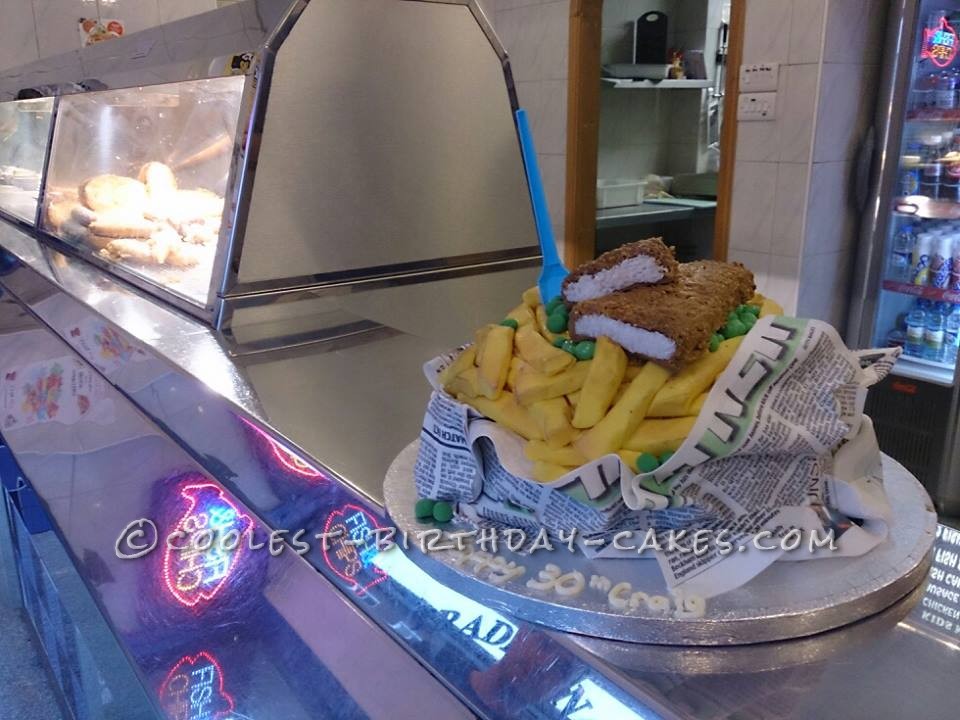 Awesome Homemade Chips and Dip Cake for a Potluck