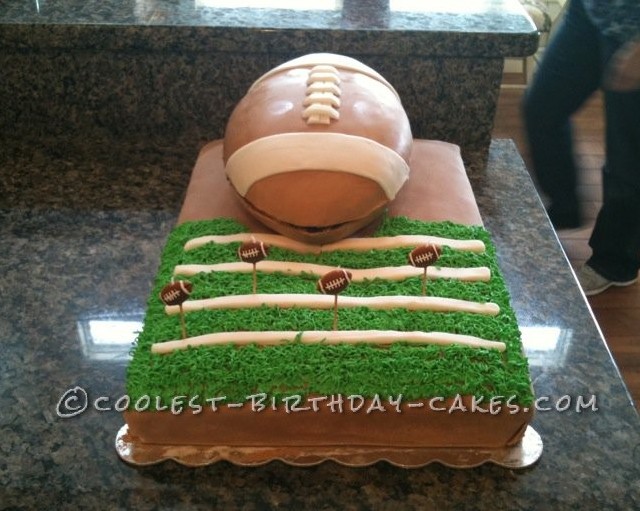 For my son’s 4th birthday he wanted a football theme party. My husband and I decided that we would finally try out fondant and making our own cake. So keep in mind this was the first cake we ever made, the fondant was homemade as well. I’ve since smartened up and started buying Wilton’s fondant to help cut back on time and frustration!

I got a Wilton’s football shaped cake pan and made 2 cakes, took fondant and colored it brown (which I probably should have made darker, but I got tired of kneading the color in and said the heck with it, lol). Threw it on the cakes and then cut the white pieces out of fondant as well, measured out all of the spacing so it was all the same and then stuck them on there! Put frosting on the bottoms of both and stuck them together.

Baked the sheet cake, put brown fondant on it as well, then used a Wilton tip to put the “grass” on (which was just frosting with green food coloring). I then took some white fondant and cut it into strips to make the lines on the field. To put the football on top we used a dowel to hold it in place. It was actually supposed to sit up higher, but it turned out WAY too heavy!! I bought a kick off tee to set it on the cake, but that wouldn’t work either. Then we used football candles!

For our first cake, I don’t think it turned out too bad. We definitely learned a lot about working with fondant and cake decorating!

My husband also made a helmet shaped cake to go with it. We used a Wilton’s helmet shaped pan. We put homemade white fondant on it and then used the edible spray paint to color it orange. He also put a big clemson paw on the side of it. I don’t have a finished picture for some reason, but I included the picture of it in progress. 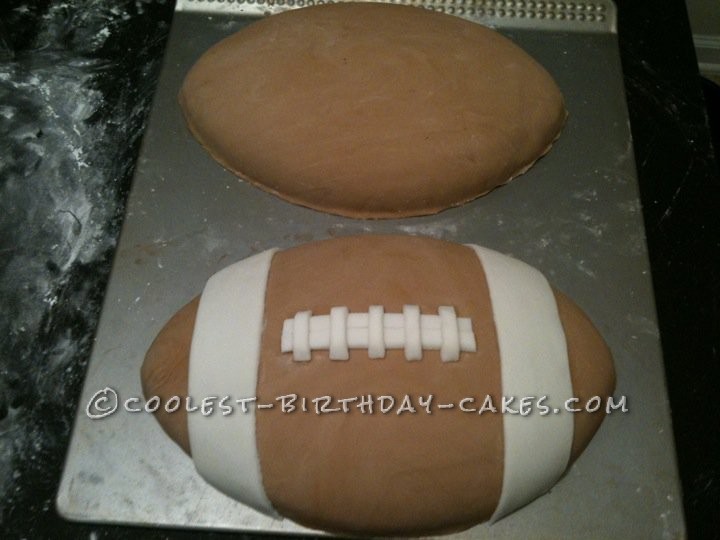 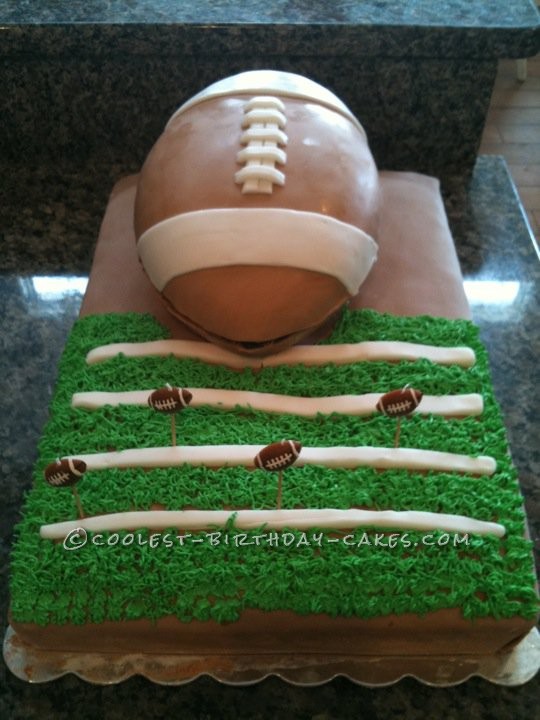 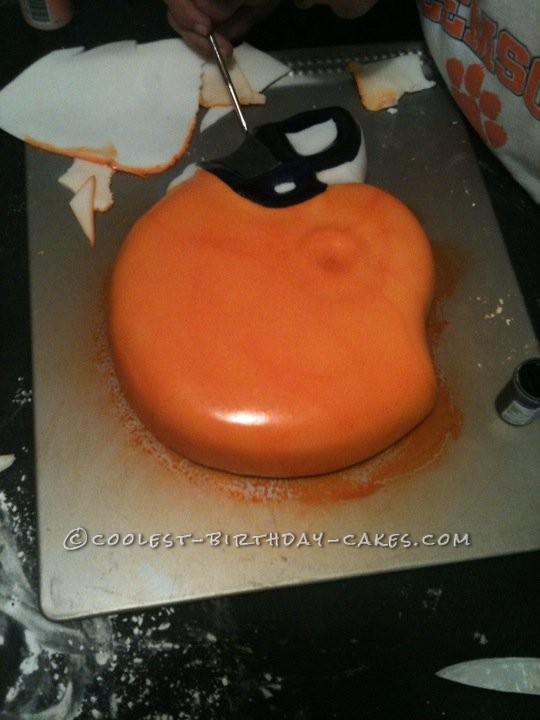