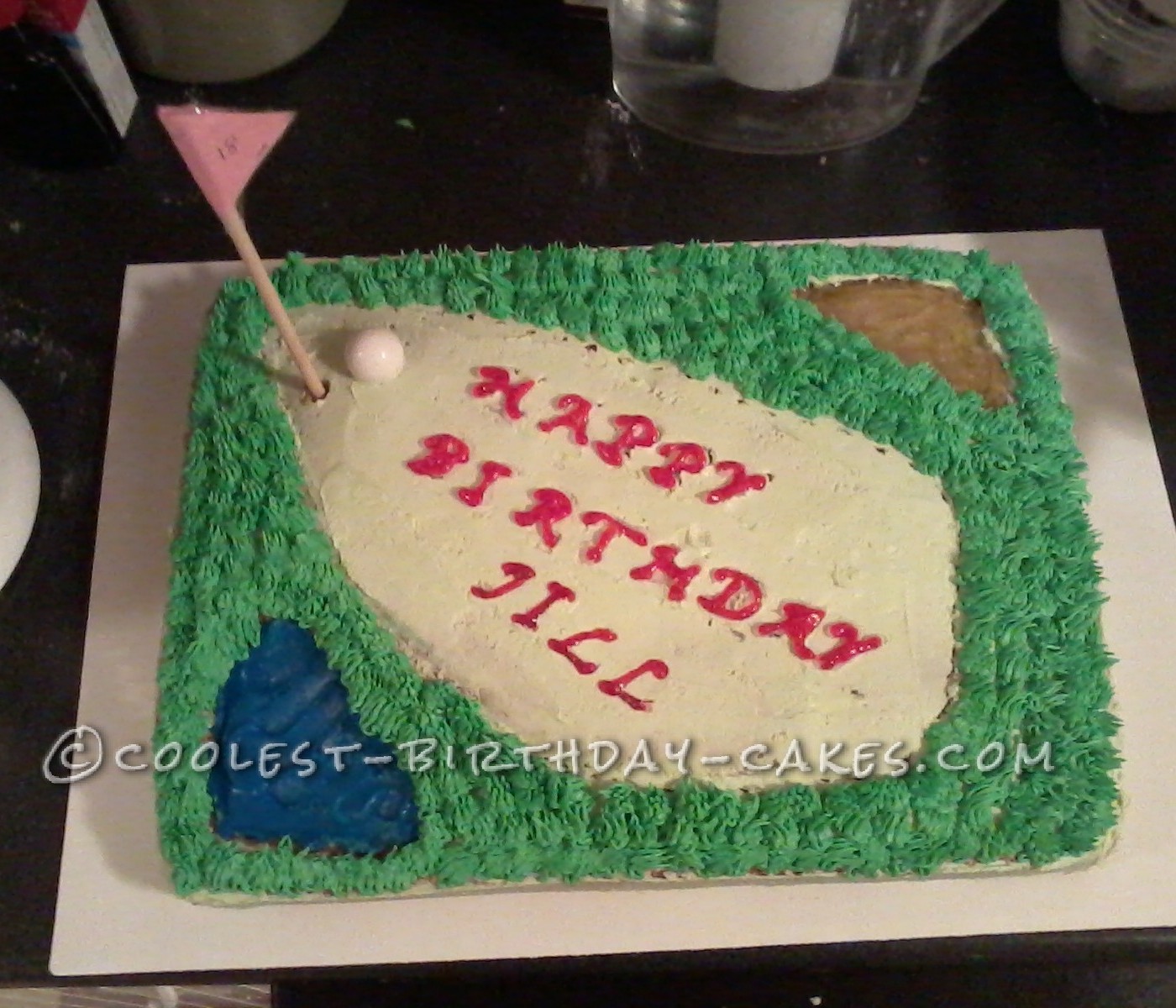 With the remaining darker green icing I used a piping bag and the star tip that looks like grass and covered the whole cake except for the middle I left smooth. I used my italic letters for the message and traced it with a red sparkle gel.  At the top of the cake, I used a dowel rod for the flag and construction paper to take to the stick and wrote 18 on it.  For the golf ball, I used a white jawbreaker.  Enjoy!