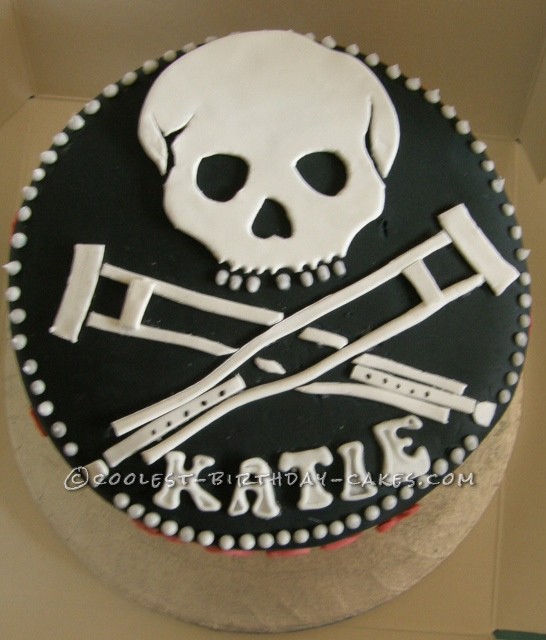 A friend of mine asked me to make a cake for her daughters birthday, at first the cake she wanted was something related to  ‘ the only way is Essex ‘ but then she changed her mind and decided to go with the ‘ jackass ‘ logo before making the cake using the cake tin as a template to get the right sizes for the skull and crutches I printed off a picture and cut out the skull And using flower paste I rolled it out thinly and cut around the template of the skull and set this aside to harden. The crutches were hard to make because they are all in pieces, I rolled out some more flower paste and cut thin strips and placed them over the picture so I could cut them to size when all the pieces were cut out I started to bake the cake, I baked a vanilla sponge and when cooled I filled with buttercream and jam and then covered the whole cake with buttercream and placed in the freezer to chill, meanwhile the icing I had pre colored in black I rolled out ready to ice the cake , when the cake was iced I attached the skull and crutches and then piped on the teeth and using a icing pen in black i made small black spots onto the crutches i then ppiped around the top edge of the cake I then cut out the name in white and attached this to the top of the cake, I then cut out happy birthday in red and attached this to the front edge of the cake I then cut out some red and white small stars and randomly attached these to the sides of the cake , now I pipe iced in red and white around the base of the cake, she loved the end result. 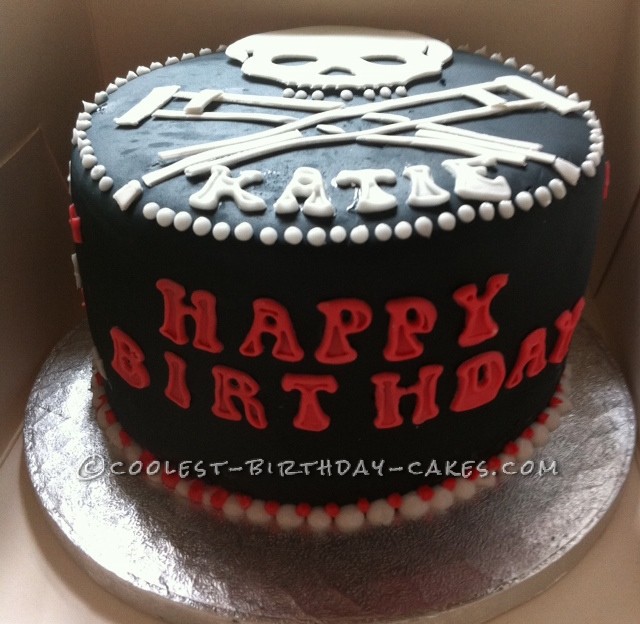