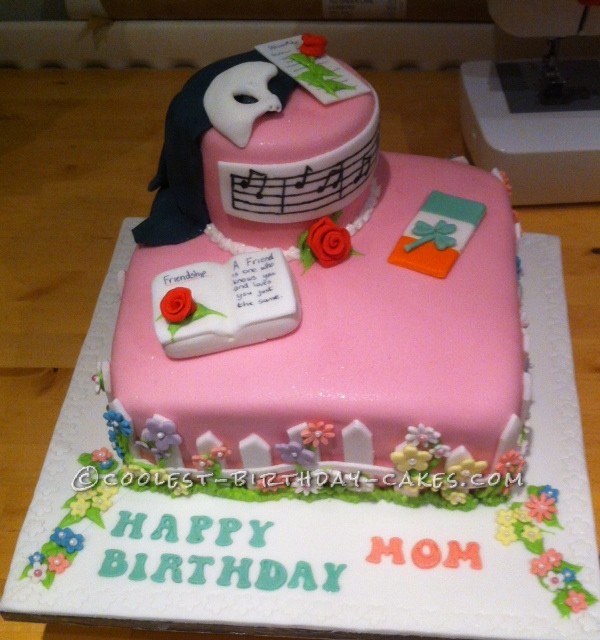 Andrea, my daughter in law, asked me to make a cake for her mom’s 70th birthday. I was told she loved Ireland and the theater and she loves being in the garden especially summer time. My daughter in law also wanted  a book with a friendship message written on it. She lives on her own and is very close to her friends.

To start I had to make a book and when dry I wrote a friendship message which my daughter in law choose. I also cut out lots of different colored and different shaped flowers and set these aside to dry. I made 3 different sized roses in red. I also made the Phantom of the Opera’s mask and then made the Irish flag and made some shamrock. After a few days it was time to start the cake.

I baked a 10″ square vanilla sponge 2 layer cake and also made  4.5″ 2 layer round cake. When cold I filled with butter cream and jam and then covered in butter cream and chilled in the freezer. Meanwhile I colored some icing in pink, enough to cover the two cakes. I then positioned the smaller cake on the top of the square cake and then covered the cake board in white icing. When the board was covered I used one of my flower cutters and made a flower pattern all around the cake board.

I now rolled out some white icing to cut out the fence. I made a template out of paper and started cutting each piece out, some smaller than others and using a little water I attached them to the bottom layer of the cake. When I had finished attaching them all around the cake I set aside for a few hours to dry out.

I  rolled out some flower paste with a little fondant added into a thin strip so I could write on the music with an edible marker pen. When it was dry and when dried out a bit I attached it to the top cake. I  attached small edible beads in pink and white into each flower using a little royal icing. Finally I cut out the lettering and attached to the board. Her mom didn’t want anything for her birthday with her age on. She’s 70 and really doesn’t look her age so I didn’t add her age to the cake.

Andrea my daughter in law was thrilled with the outcome of the cake and cant wait for her mom to see it. 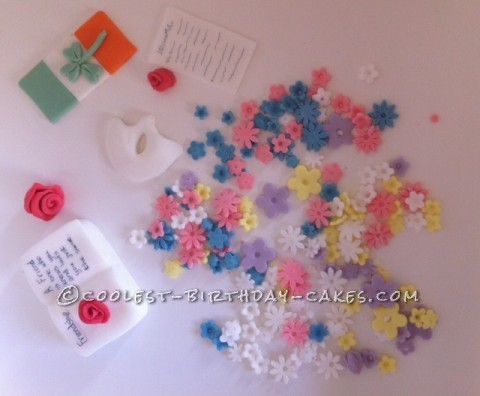 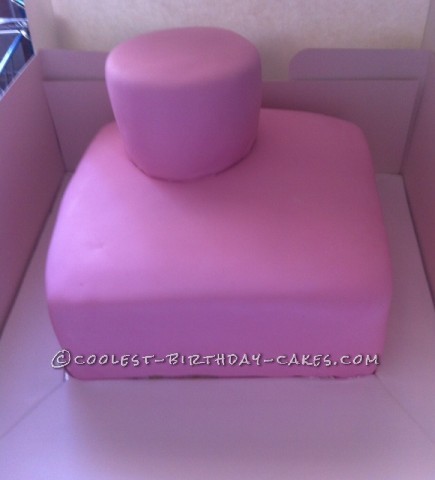 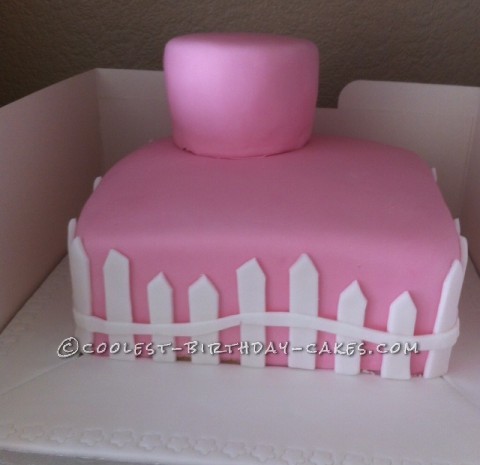 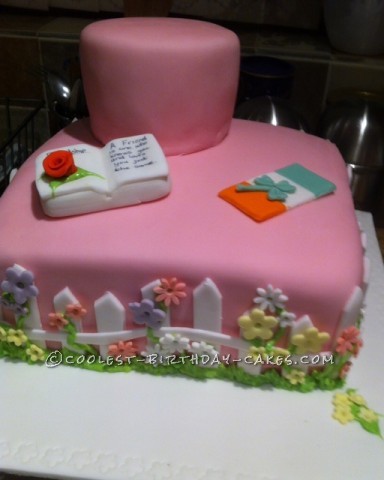 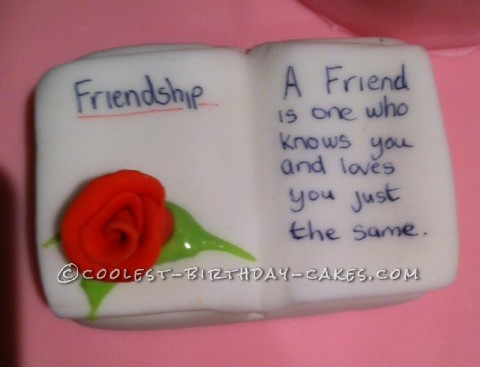 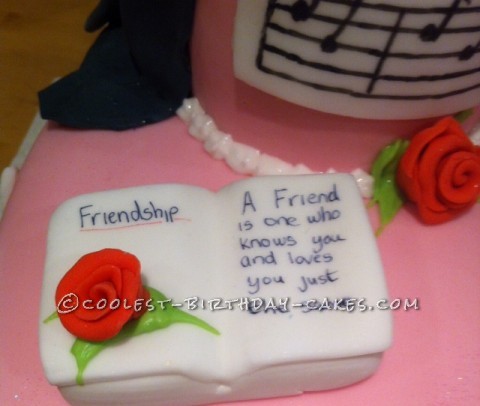 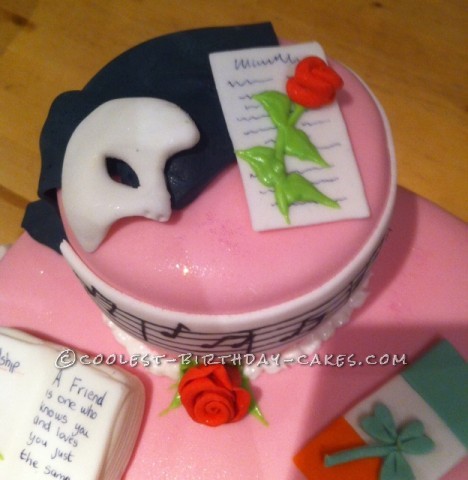