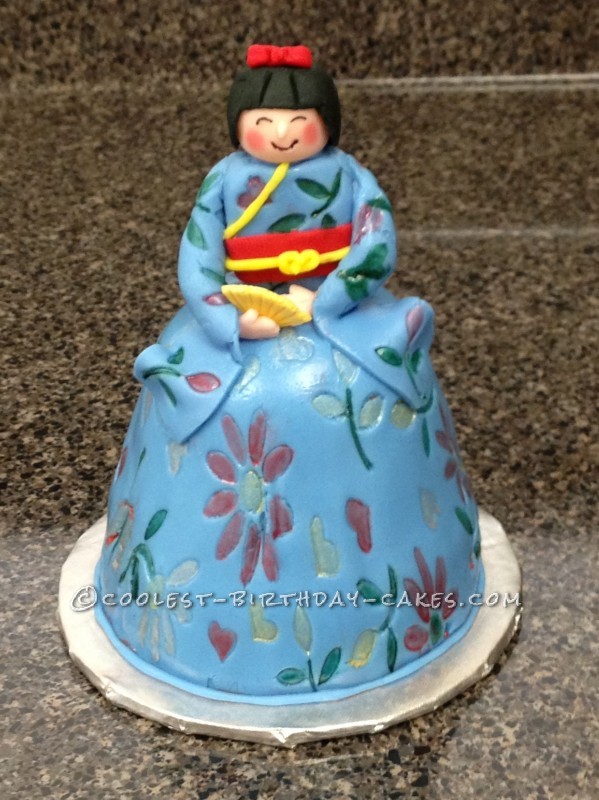 My mother’s birthday was last weekend and she used to perform at the Okinawan Festival here in Hawaii in September each year for about 15 years. I thought she would enjoy this doll cake and I was up to the challenge to making one. Her favorite color is blue. I used a floral impression mat on the fondant and it was hand painted with luster dust. Only the skirt part is the cake. I didn’t have the time to hunt for an oriental Barbie and don’t really know if there is such a thing but thought I could just make the top half (body, head and arms) out of gum paste.  That was a challenge also but it worked.

I inserted a plastic stick in the center of the body and through the head for support and also to place into the cake. I don’t like the idea of using a wooden dowel in case it “sheds” and don’t want anyone eating wood. I made it ahead of time to allow them to dry. The sleeves are made out of fondant and were wrapped around the arm which broke so I just glued them together with gum glue and since it will be under the sleeve no one will know that the arm broke. The sleeves also broke since I had made them out of gum paste so I just made another one out of fondant and it worked out better because then I could place them where I wanted and how I wanted.

I used one red velvet cake mix in a small Pyrex bowl and a medium bowl. There were leftovers so I made two four inch round cakes. The cakes were wrapped with plastic wrap and aluminum foil and placed in the freezer overnight. I had some leftover red velvet cupcakes in my freezer and felt if I just use the small bowl cake that it would be too short so I put one cupcake on the bowl cake and had cut up some other cupcakes to fill in the gaps. I put cream cheese filling on one layer of the bowl cake and also on the top of the small bowl cake then I crumb coated the cake with vanilla Swiss Meringue Butter cream frosting. The cake was placed in the refrigerator for a few hours to set. The cake was then covered with fondant and the body was inserted into the center of the cake and covered with fondant also.

I really enjoyed making this doll cake and so did my mother. She was really “examining” it and asking how did I do this, how did I do that. She and my father enjoyed the cake.

I would like to make another doll cake but attempt to make the face look like the person receiving the cake someday. That would be a real challenge. 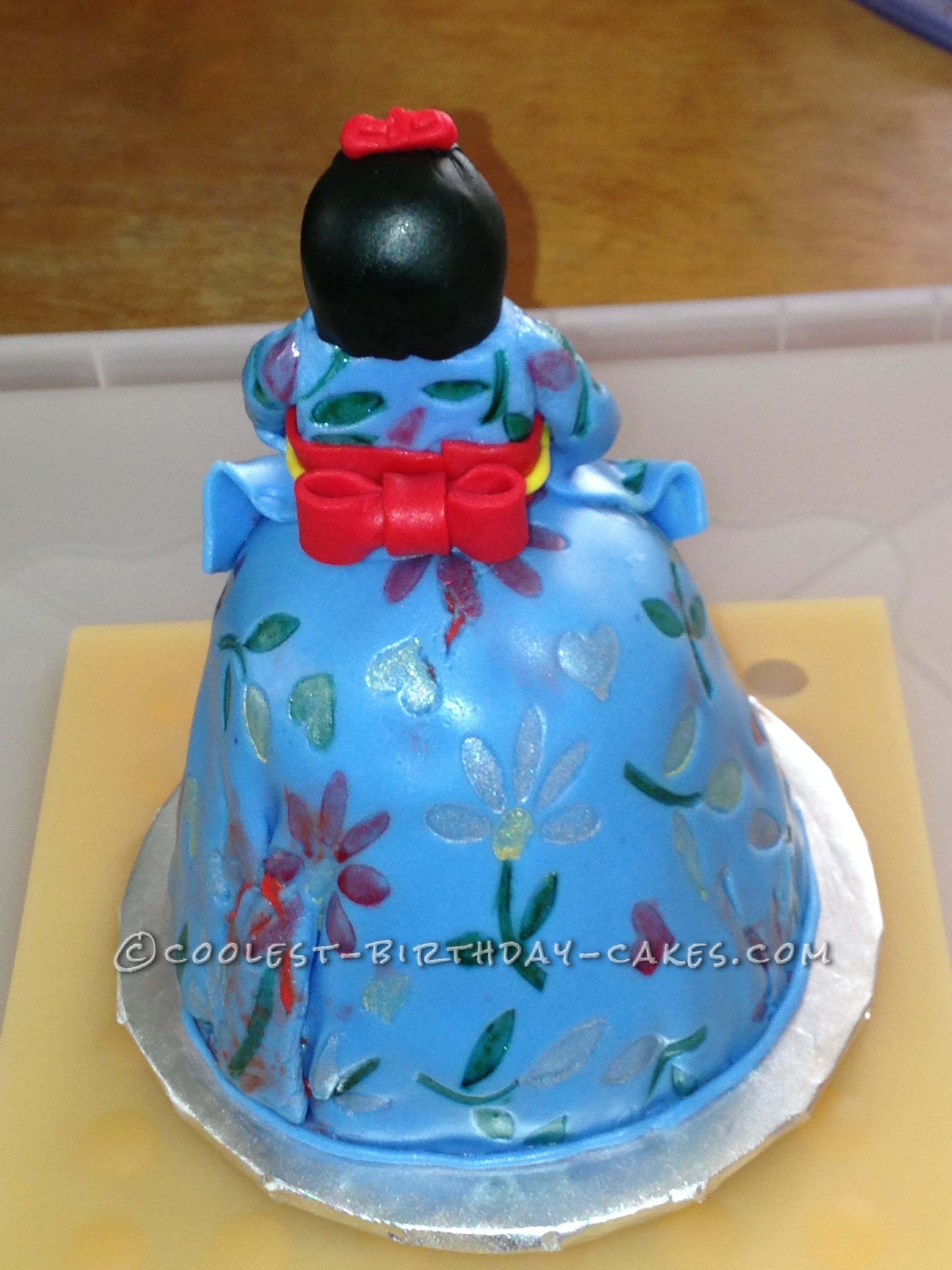