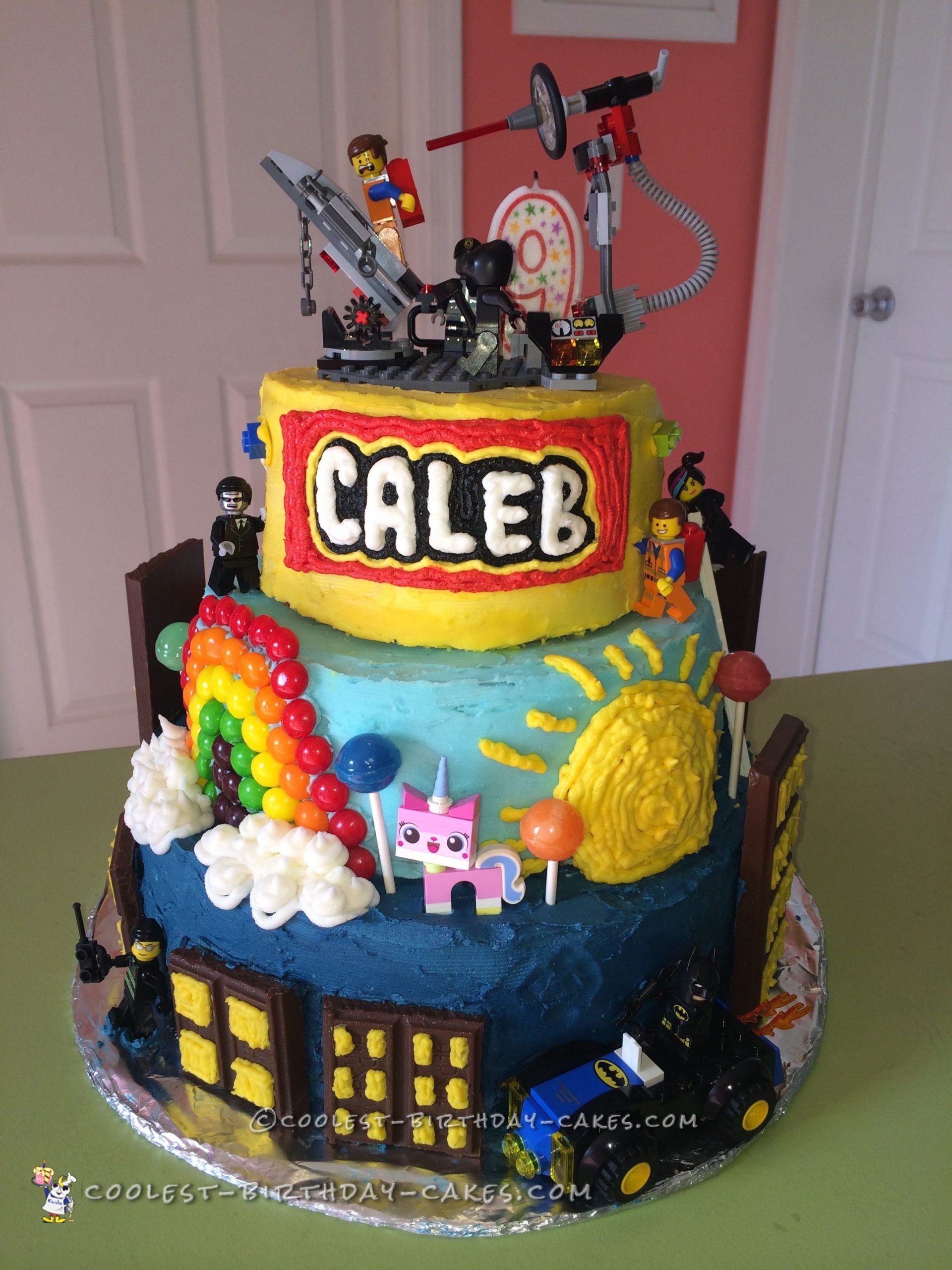 You know your kids and ALL their friends are obessed with the LEGO Movie. I cannot get “Everything is awesome, everything is cool when you’re part of a team” out of my head!

So the inevitable happens. My friend’s son requests a LEGO Movie cake. Well, I’m happy to report that with this cake…everything really is awesome!

I bought the birthday boy a Lego set that I plopped directly on top of the cake. Cool present. Cool cake. DONE!

My daughter put it together for me. :)  All of the rest of the Legos I used were just laying around the house.

How to Make the Cake

My Tried and True Icing Recipe

Vanilla always makes my icing runny when I add the color.

I use Wilton icing bags and tips and I use Americolor soft gel colors. You have to be careful because if you squeeze the bottle and ONE drop comes out, it may be darker than what you wanted, so just some caution there. I usually try to put a dab on my finger or on the side of the bowl or something else first just to make sure it doesn’t get darker than I want (unless it’s for batman.. .he is dark and brooding).

Side Note:  I added real Lego bricks. You can see them stuck to the top layer. I also added a “ring” of lego bricks around the top layer to get rid of the “break” between the yellow to light blue layer. I did it AFTER I took all the pictures though. It looked more “finished” that way. It’s kind of like star-tipping in between layers but better because they were actual Legos.

My favorite part is Wild Style climbing the ladder. I don’t even think that was Lego. I’m not sure where it came from, but that is my favorite part of the cake.

PS — my favorite character is Wild Style! Channel your inner-Lego movie character and get started. It won’t take too long. Just a few hours and it’s worth it.

My kids were sick so I didn’t actually get to go to the party, but I heard the cake was a hit! :) 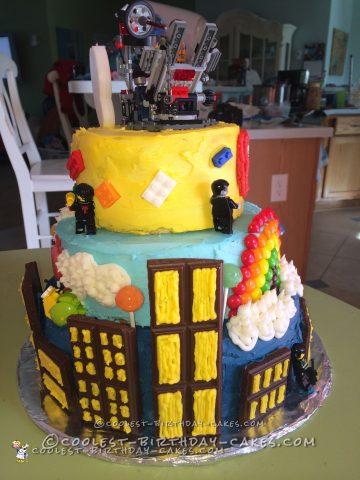 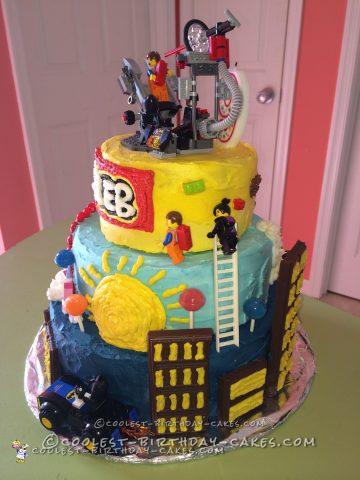 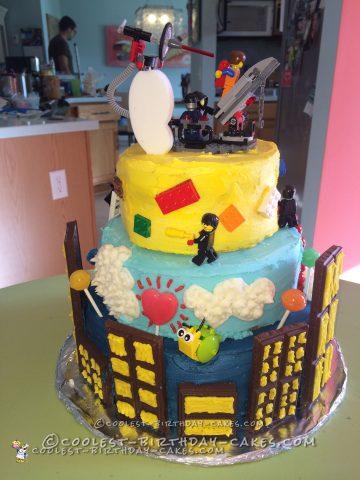 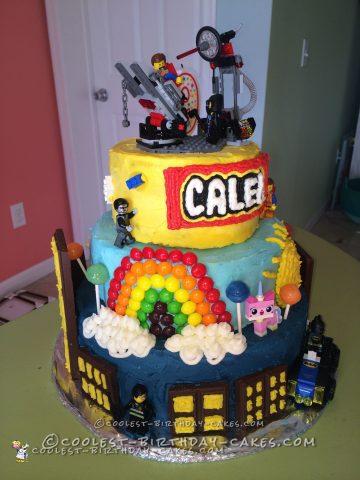