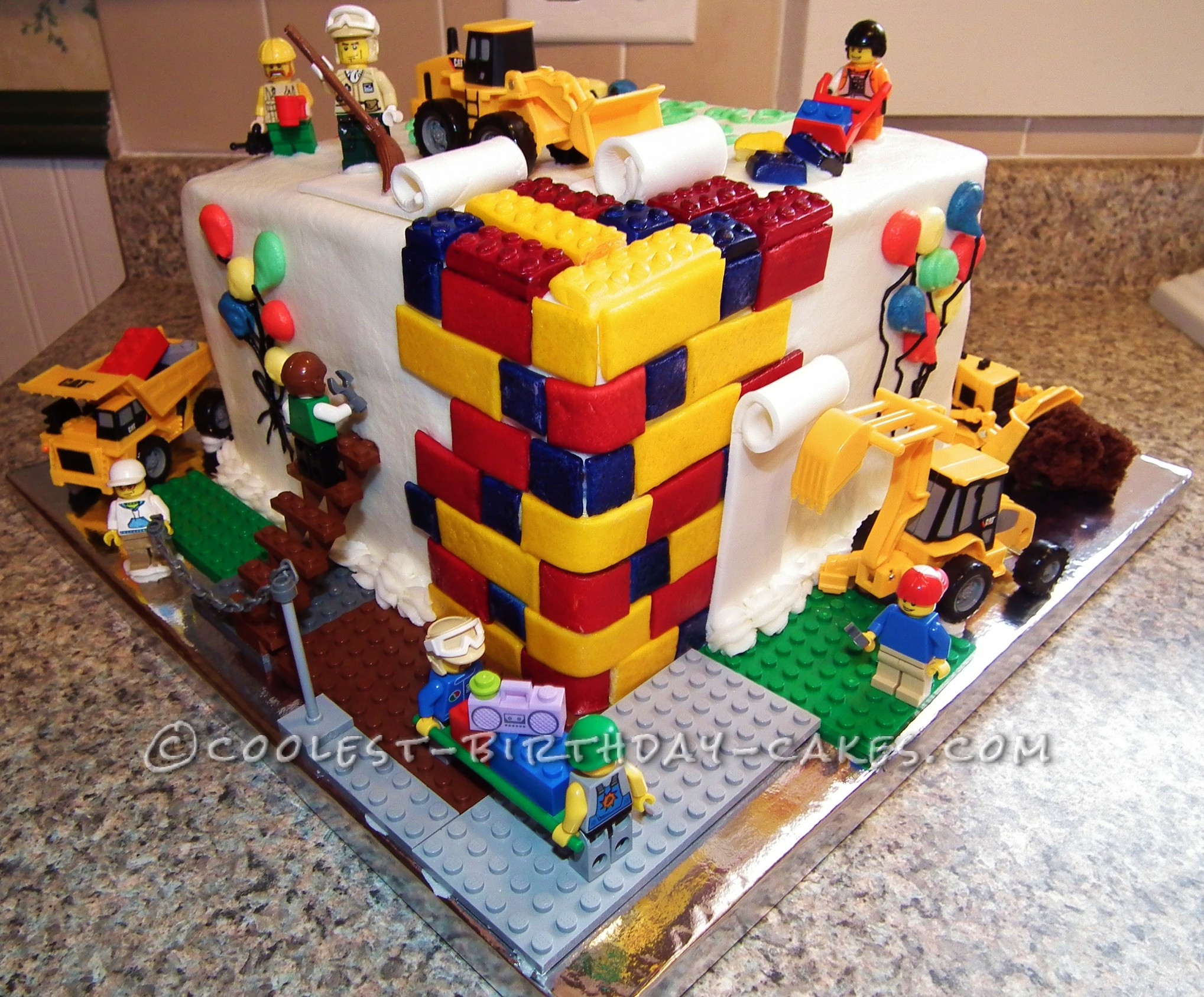 Welcome to Legoland where you can build your Lego cakes and eat them too. If you can imagine it, you can construction it. These edible Lego creations get our cool vote.

1. Under Construction Lego Cake by Melanie

Melanie’s Lego cake is under construction and includes so many creative details. We especially love how the fondant is being rolled out by the little Lego construction workers. What a unique touch. You don’t have to be a kid to appreciate the fun and imagination that went into building this cake.

Learn how to construct your own edible Lego Building here.

Lego blocks are an iconic symbol of creative play and Lynn has managed to replicate them perfectly with cake. She has a special tip for how to make the blocks look more authentic. She doesn’t use marshmallows or muffin tins. Find her secret for making realistic Lego block studs with cake here.

Diana’s Lego cake has a clean, simple look. The large four studded Lego block set atop a tier with 12 visible studs gives an impressive overall look and the mini colored Legos are a sweet added embellishment.

Find out how Diana put it all together here.

Holy building blocks! Batman and Robin have landed on top of a Lego birthday cake. Will Batman save the day?

The force was with Rosyln when she constructed this cool 7th birthday Lego Cake. The storm troopers were ready as the epic battle of the mini-figures took place atop a red Star Wars branded cake Lego. We love that even the birthday candles are Lego shaped.

Find out what happened when the cake arrived at it’s destination here.

Roxanne’s Ninjago Kai cake is perfection. You might say she is the ultimate cakemaster, but in her words, “the cake was pretty simple to make.” Why? Find out here.

Ninjago Zane gets a twist in Heidi’s equally cool Lego Cake. Find out what it is here..