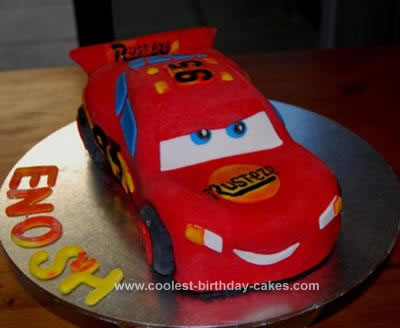 My son, an ardent cars fan wanted Lightening McQueen as his cake for his 5th birthday. I bravely accepted the challenge! He specifically wanted a butter cake. I made one square cake and one round cake.

The two were layered together with butter cream. Then I placed the top and the bits and pieces to form the curves of Lightening McQueen. All stuck on to the main frame using butter cream. I had my son’s toy Lightening McQueen at hand as a guide when shaping the car. Then red fondant was placed on and cut to shape. I used yellow and red fondant to get the marble affect for the stickers. The windscreen and windows were cut out of blue fondant.

I used white fondant for the lights and the smile. I cut out rounds with the left over cake with a cookie cutter. Covered with black fondant and placed a white round in the middle of the tire. Carefully I marked the tires on the fondant covered car cake, cut and dug out the tire shape. Pasted the fondant covered tires with butter cream in to the holes I made to fit the four tires.

Final touches were the letters written using edible gel color by my eldest daughter. The end result – brilliant. My son was ever so impressed and all his friends were delighted! Not as difficult as I thought! 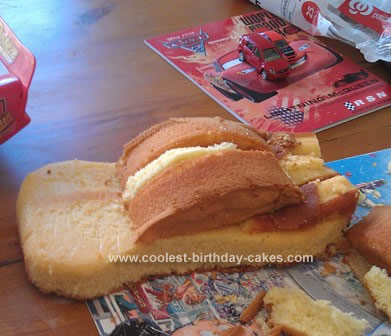 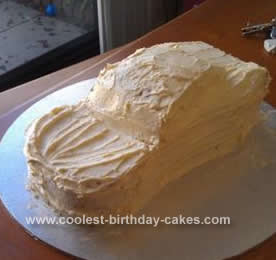 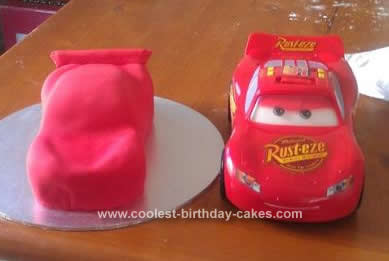