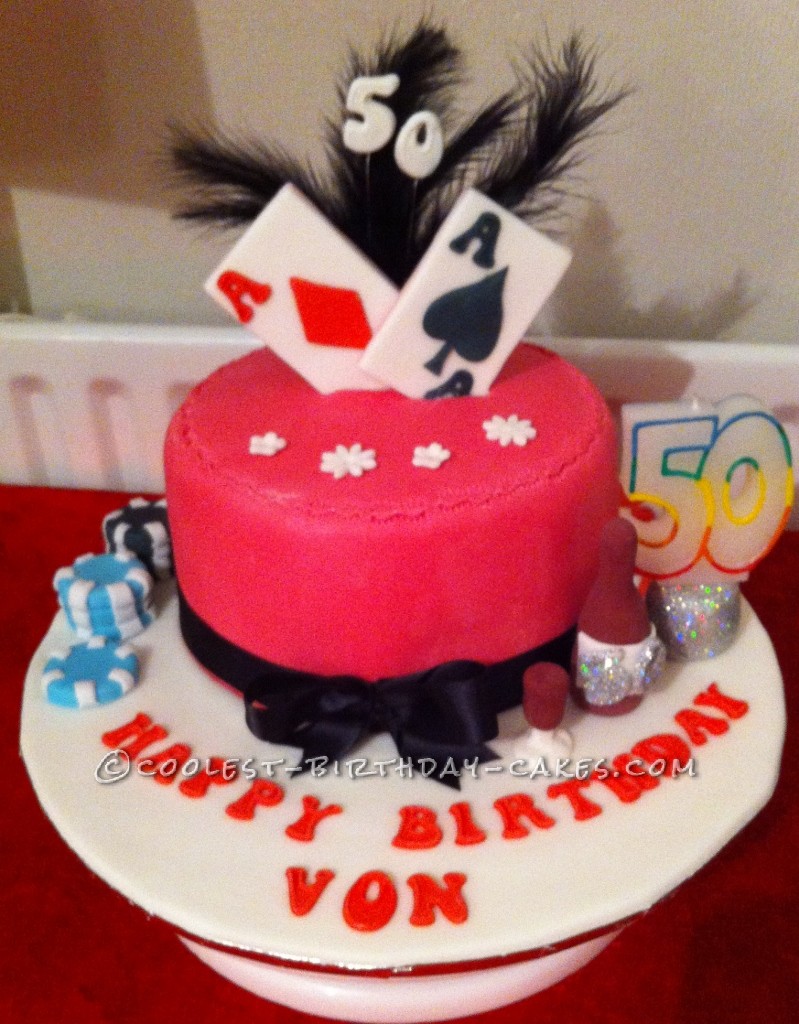 This cake was made for a friend of mine for her sister who was to become the big 50. I asked what are her likes and she said poker and she loves red wine and my friend Mazza decided to go for the two ace playing cards on the top of the cake. I had Googled for some ideas but a lot of them seemed more for a man, so we decided to go for a base color of fuchsia pink and black accessories and it worked really well.

I now mixed a small amount of red for the diamond and two letter A’s for some red chips and then mixed a small amount of black for the spade on the cards and two letter A’s and the black chips. Then I mixed some bright blue for the other chips. I cut out the circles for the chips with a large icing nozzle and then smoothed the sides. The chips were left to dry out overnight before adding the stripes.

The next day I placed the feathers and the 50 on the wire into the cake using a posy pick and then I cut into the cake where the cards were to be attached. I piped some royal icing into this hole and attached the two cards into position. I then stuck a few flowers onto the top front of the cake. I then cut out the wording in red and attached to the cake board. I then attached the black ribbon and a bow before attaching the chips and the bottle, wine and glass. I had a small amount of flower paste left so I made a small stand for the 50 candle which I also covered in edible silver glitter.

My friend loved it and it was a lovely surprise for her sister too. They were also having her birthday meal at the casino. 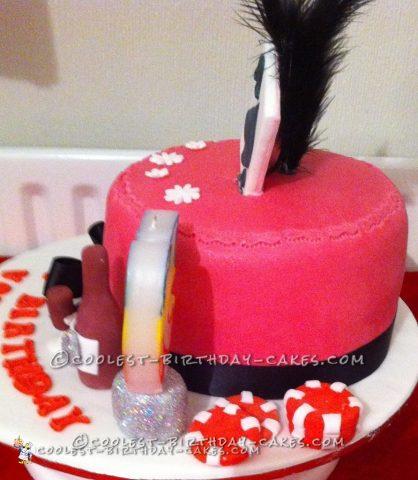 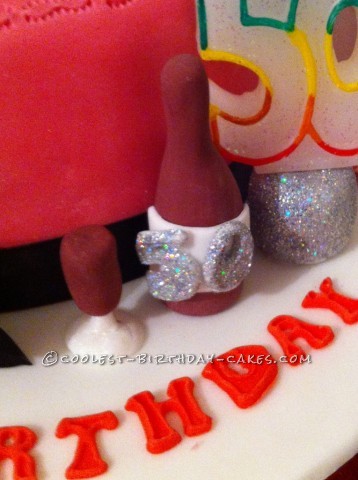 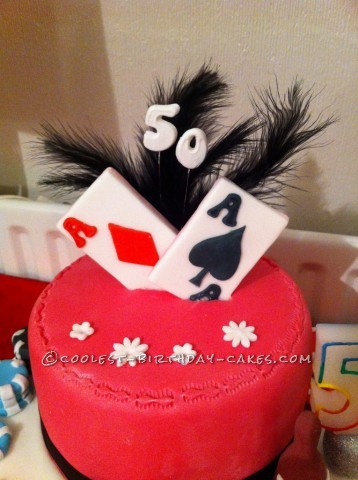