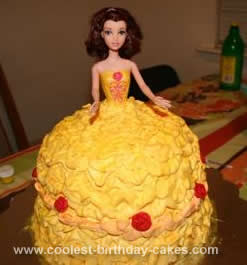 I made this Homemade Princess Belle Cake for my girlfriend’s nineteenth birthday.

To make this Belle cake, I used three different size, round cake pans, layering them up from biggest to smallest before carving the shape of her dress. The Belle doll was a ballerina Belle doll that I found at Walmart for about five bucks. She was perfect because instead of wearing a full dress, all she had was a detachable tutu. I wrapped her legs in saran wrap before sticking her in the middle of the cake to keep her as clean as possible when she took her out.

The roses were made with red fondant and covered with red sprinkles, with a tooth-pick placed where the stem would be to make it easier to place them the cake and prevent them from falling out rather than ?gluing? them on with icing. The icing used was Frostin’ Pride, and was piped on in a drape-like motion in layers using a flat ended tip after a crumb coat of icing.

The colors used for her dress were yellow and orange gel food coloring. I cut the banner out of white fondant and piped on the “happy birthday” with left over icing colored red. 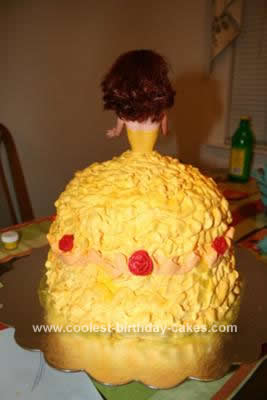 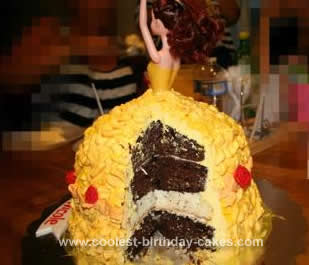 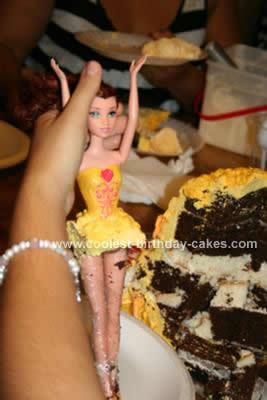