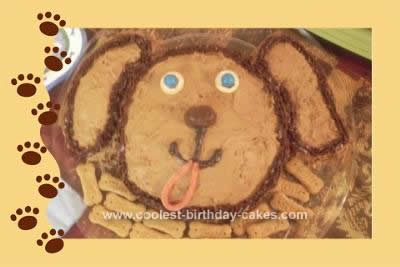 I made this puppy birthday cake for our Furson and our family; I normally do not give dog parties but any excuse to get family over to our house is fine with me. My husband’s Dachshund was 14 years old and he wanted us to throw him a party. I’ve never done a doggie party before but why not?

I looked on line for any ideas to make a cake myself, why pay $20 + when you can make something fun and original at home? This Puppy cake was such fun and easy to make. At first I thought I was going to have to dye my own frosting a rust color but found some caramel frosting which was close to the color I wanted. I bought two boxes of yellow cake mix, they make caramel cake mix now but the store I was in was sold out so I went with yellow.

I purchased black icing in a can instead of trying to find black shoe string licorice. I bought some bite size buds best vanilla cookies for the eyes, and a bag gum balls for the pupils; my daughter was happy to take the remainder of the bag off my hands so she would have some gum for her gum ball machine. I bought a small box of chocolates to pick out a shape for the nose, and some red licorice string for the tongue. I already had the brown icing in a can left over from a Halloween grave yard cake that I made to out line the cake and ears in.

I made one box of the cake mix into the two rounds and the other box into the loaf size to use to cut out the ear shape; this cake is like making a bunny rabbit cake too. I didn’t layer my cake but instead used one of the rounds to decorate the other cake for our people to eat. I thought it would be too tall and I would have had to layer two sets of ear cut outs which would have been hard to do so the shapes would be the same.

After cooling the cakes I put on the frosting and decorated with the above candy. My husband got in on the fun and decorated the other round himself. I got the idea to use the Scooby snacks around the cake from another person on line which was very cute because my husband and his Dad both thought we had put dog bones around the cake; it was cute to have when the cake was cut up I put two or three of the Scooby snacks in each persons plate.

I know my cake isn’t professional or as perfect as some of the other submissions, but it was so easy and fun to make; anyone can do this at home.

God Bless and have fun!! 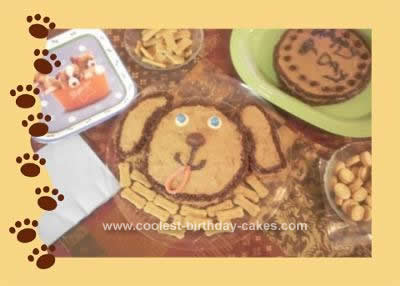 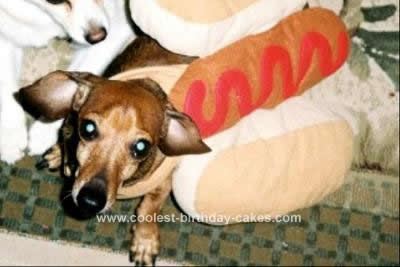 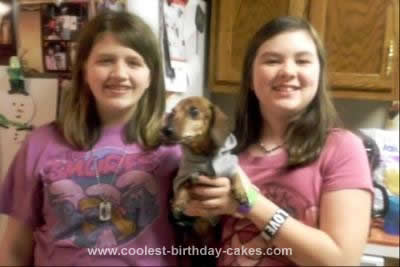