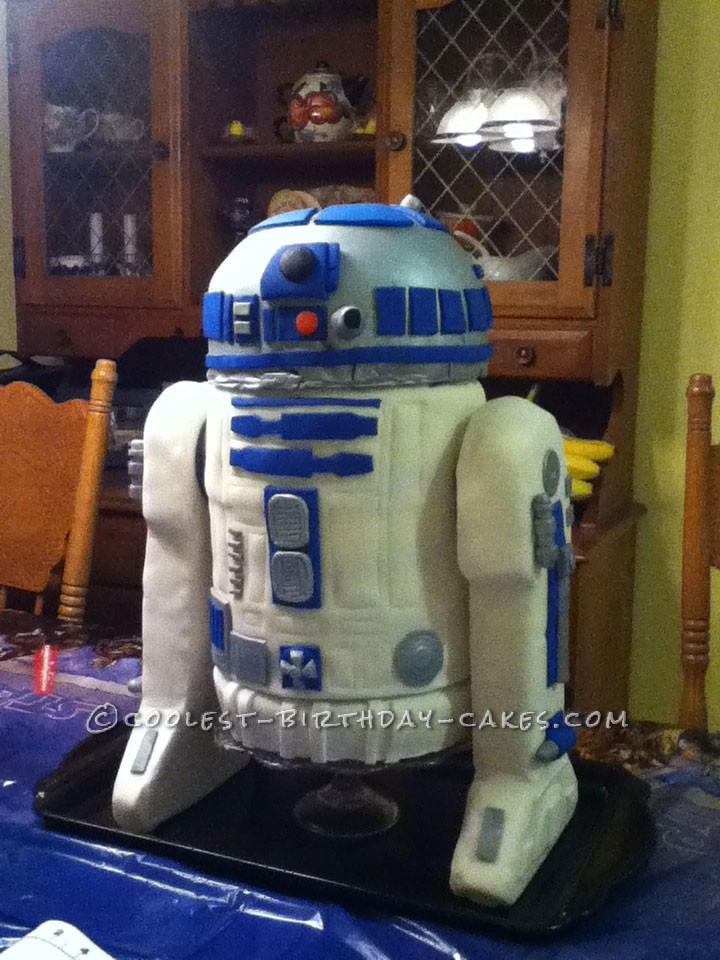 “What kind of cake do you want me to make you for your birthday this year,” I asked my son. “I want a Star Wars cake!” he replied. “Do you want me to pick something and surprise you with it?” I asked. “YES!” was his reply. And so the adventure began. A Google search for ‘Star Wars cakes’ resulted in a wide variety of inspirational ideas, but the ones that really caught my attention were the R2-D2 cakes. I’d never done a sculpted cake before and this would be my first time working with fondant as well.

My sister, who does cakes professionally, provided some invaluable advice and encouragement. R2 was simple to sculpt since he would just be an extra tall round layer cake and a stainless steel bowl would provide the shape for the dome, eliminating the need to carve anything. Plastic straws inserted throughout and a cake board half way up the torso provided ample structural stability. Some additional searching for some tutorials revealed a relatively consistent approach to this cake. The legs were most easily formed out of crispy rice treats, the torso and head out of cake.

Then everything is covered in butter cream and fondant. I created templates for all the detailed pieces using the blueprints for the original movie prop, scaled down to an 8-inch diameter to match the size of the cake pans. Spreading the construction our over the course of a week made the whole thing manageable and while I was a bit concerned about the cake drying out after being baked so far in advance it was surprisingly moist and received rave reviews for flavor from all the party goers.

I revealed the cake to my son the Friday night prior to the party and he was extatic. I’m afraid I may have set a bad precident though since my other son almost immediately started looking for ideas for his birthday cake. I’m afraid a Millennium Falcon cake may be in my near future but at least I don’t have to worry about that one until October 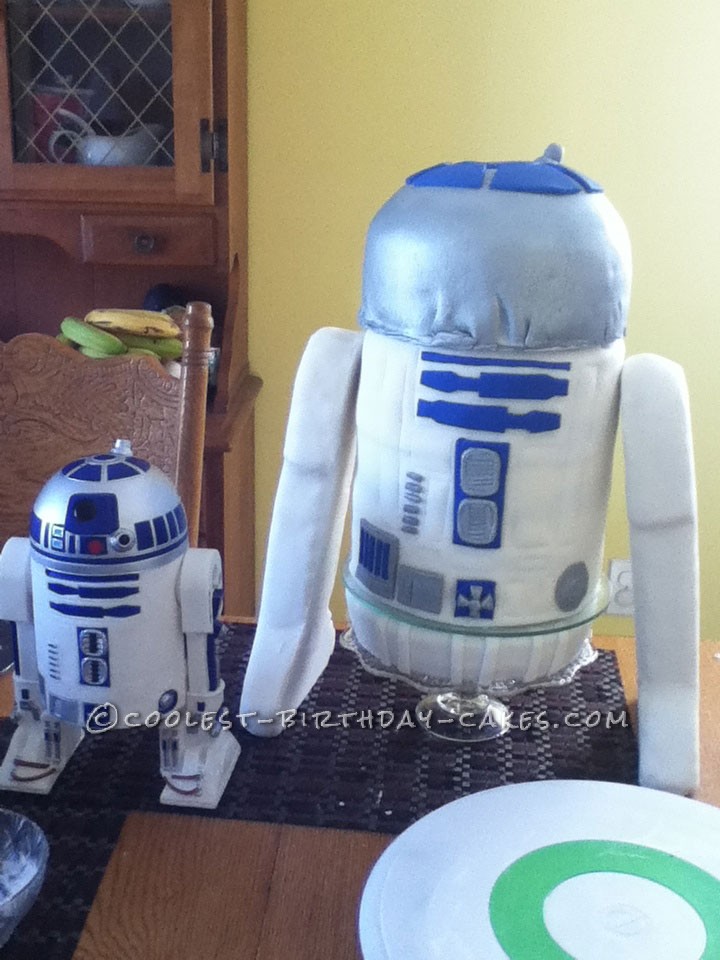 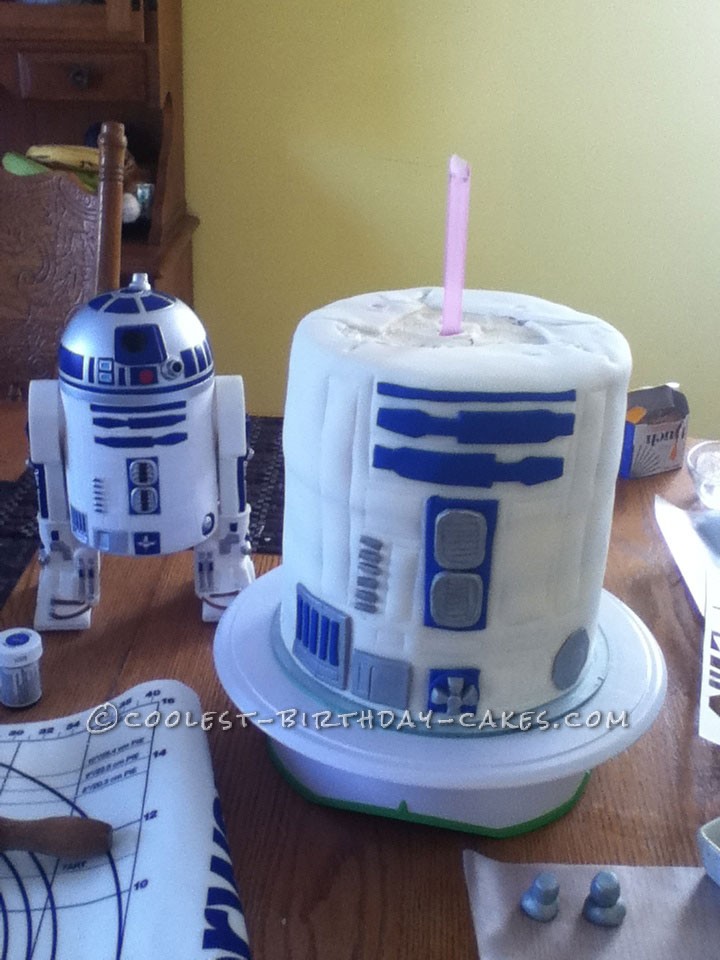 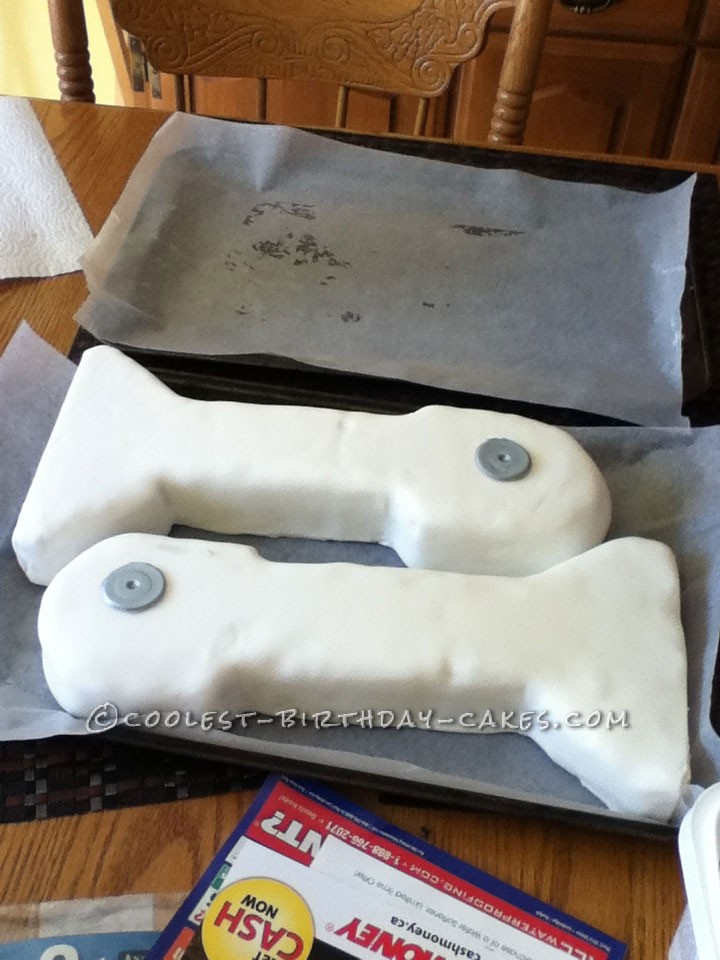 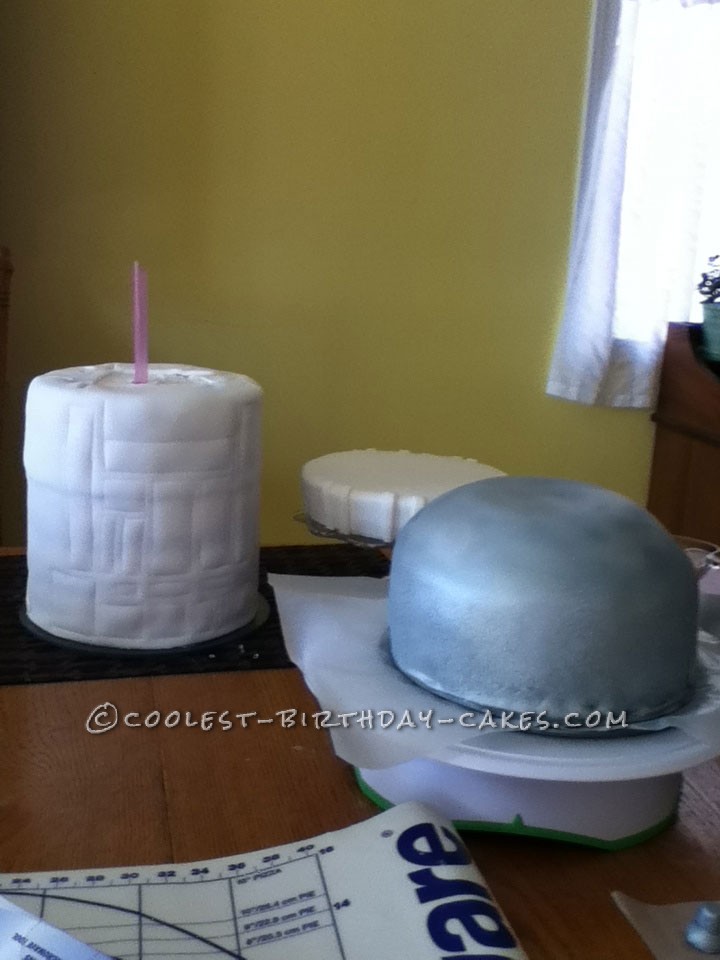 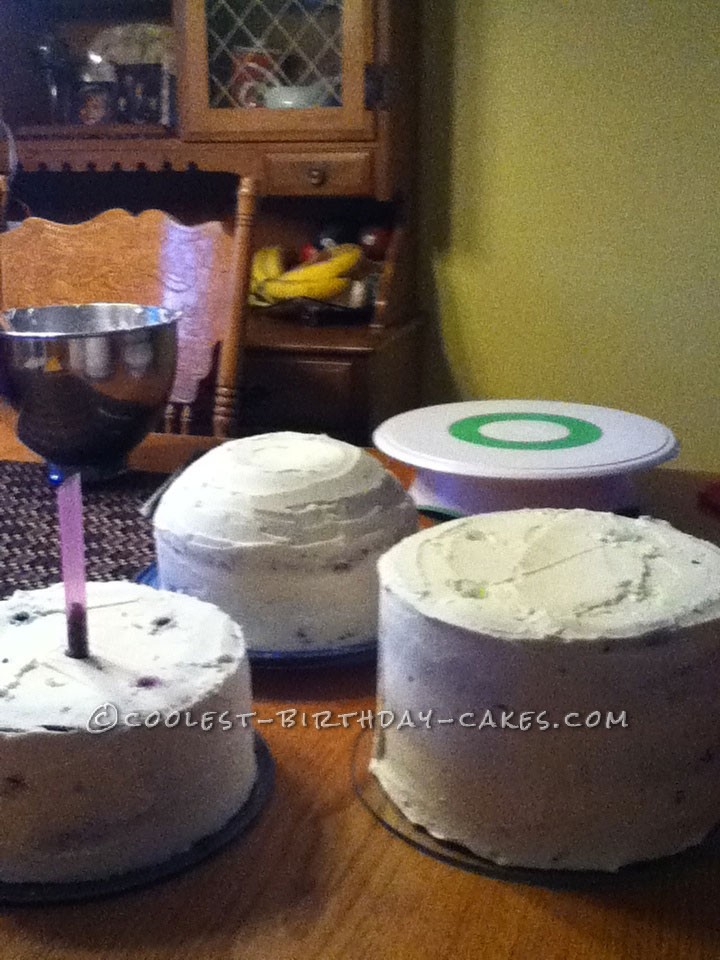 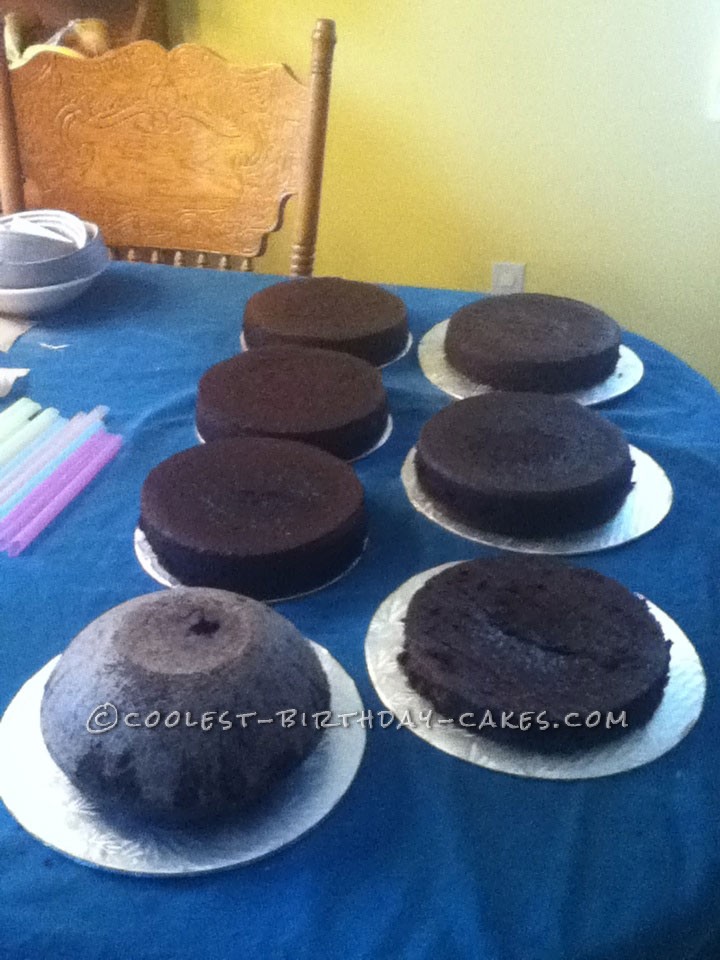 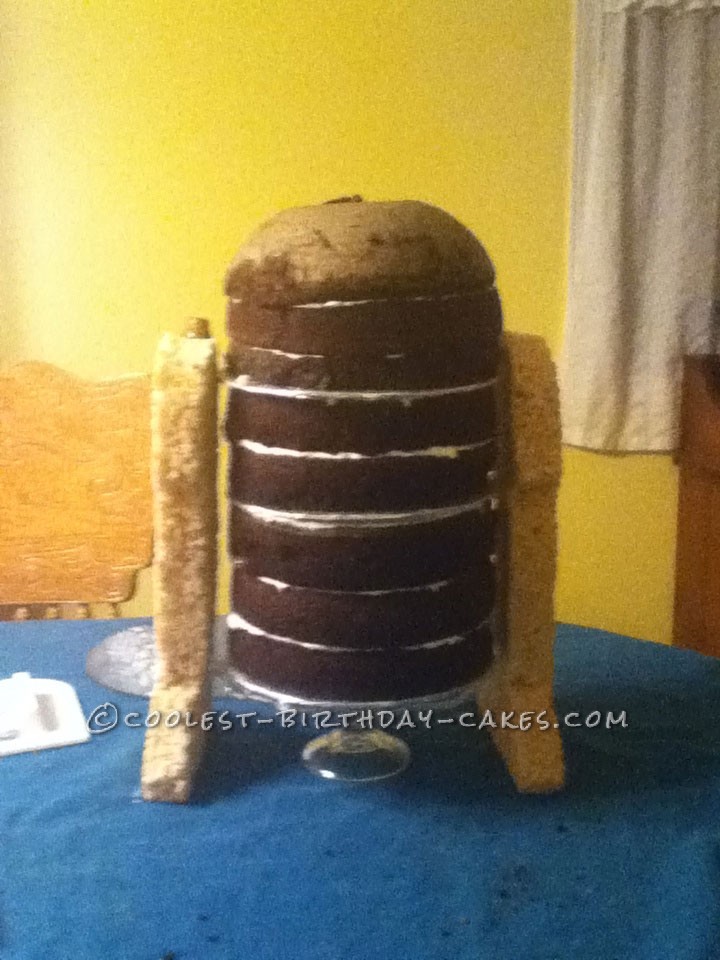