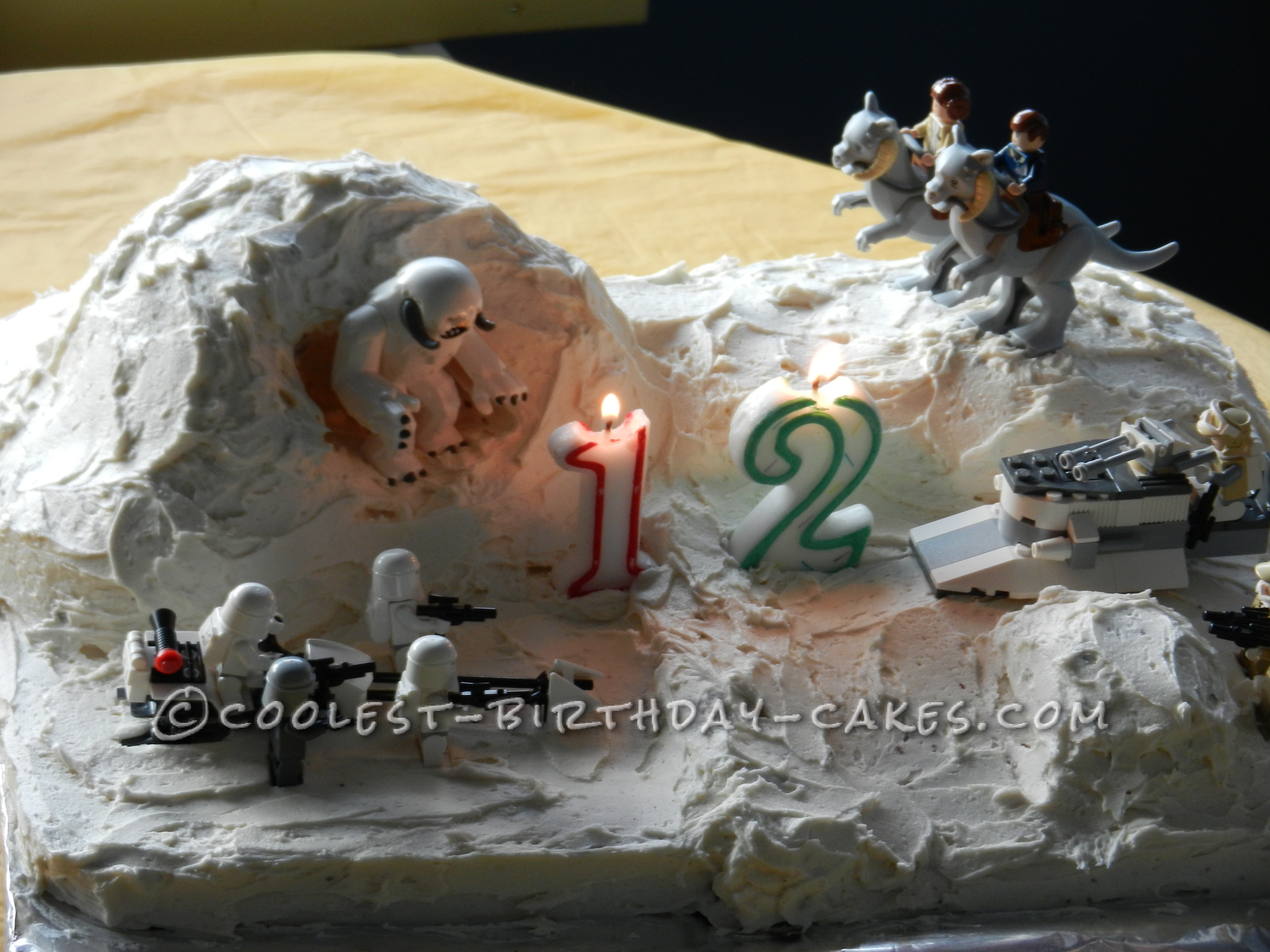 My son absolutely loves the Star Wars movies and building with Lego. He is an avid collector of Lego Star Wars sets, so the choice for his 12th birthday cake was obvious, a Hoth Planet cake.

This cake was very easy to decorate and with the right mini-figures to place on top, it became a very effective cake. I really enjoyed putting it together.

First, I chose a simple chocolate cake recipe. Wacky Cake works very well. I used a rectangular pan to bake it in. Once the cake had cooled, I cut it in half so that the top half was placed beside the bottom half, creating a large flat landscape on which to built the landscape features. Since we were all out of Rice Krispies at the time that I made the cake, I chose to use multi-grain cheerios as a sculpting medium instead, and it worked well. I used a Rice Krispie Squares recipe and just substituted the Cheerios instead of the Rice Krispies.

I sculpted a plateau with a cave big enough to fit a Wampa on one side, a barrier across the middle, and a ‘rock boulder’ that could be used as protection to hide behind for the rebels.

Hoth is a snow and ice covered planet, so white icing covered the landscape. This was the easiest part since there was only one ‘colour’ of icing needed. The cave with a Wampa coming out of it, Luke and Leia riding Taun-Tauns, and Storm Troopers battling the rebels completed the scene.

My son got to choose where to place the mini-figures which made him a proud contributor to the finished product. The landscape left plenty of room to place the candles and my son and his friends loved it! Eating the different parts of the Hoth Planet was fun too! 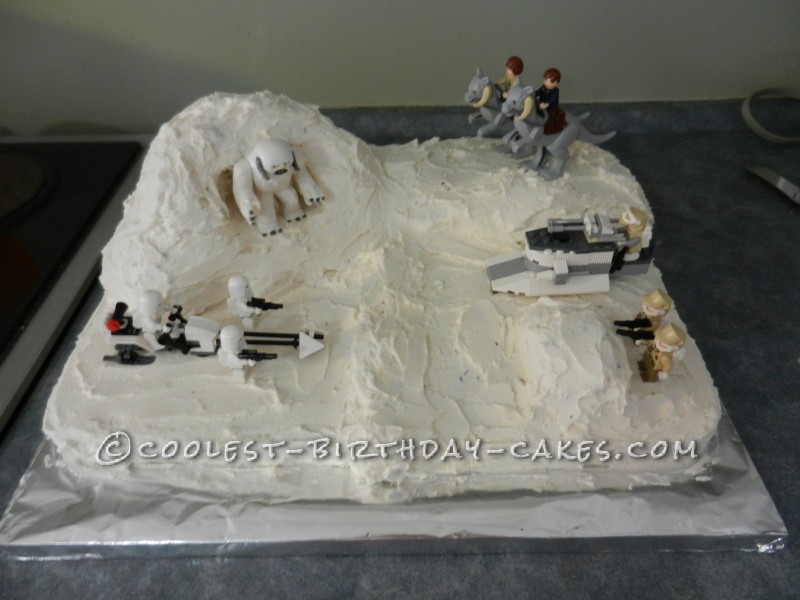 Bake a white or chocolate cake using recipe or package directions for a rectangular cake pan. Once cake has cooled, cut in half and place the top half next to the bottom half. 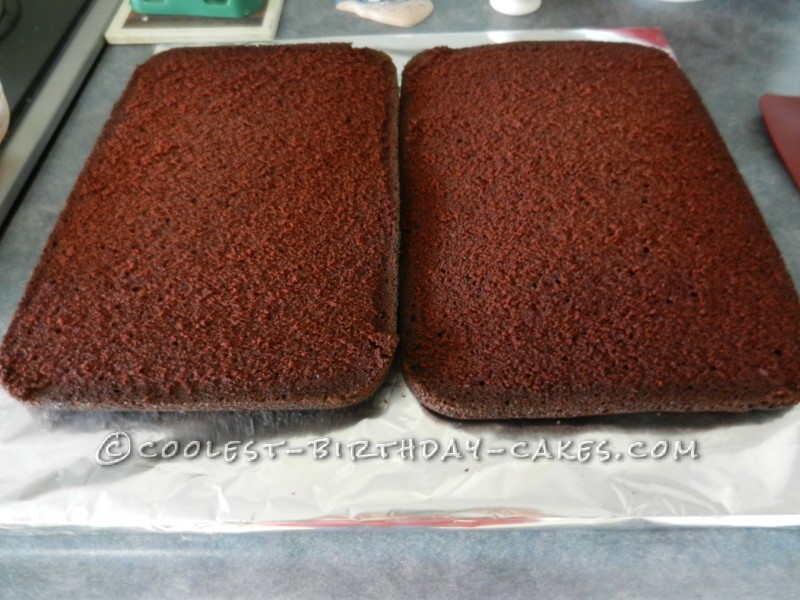 Using a recipe for Rice Krispie Squares, make a ‘sculpting medium.’ Use the Rice Krispie mixture to sculpt a landscape on top of the cake that includes a hill, a cave, a boulder, etc. 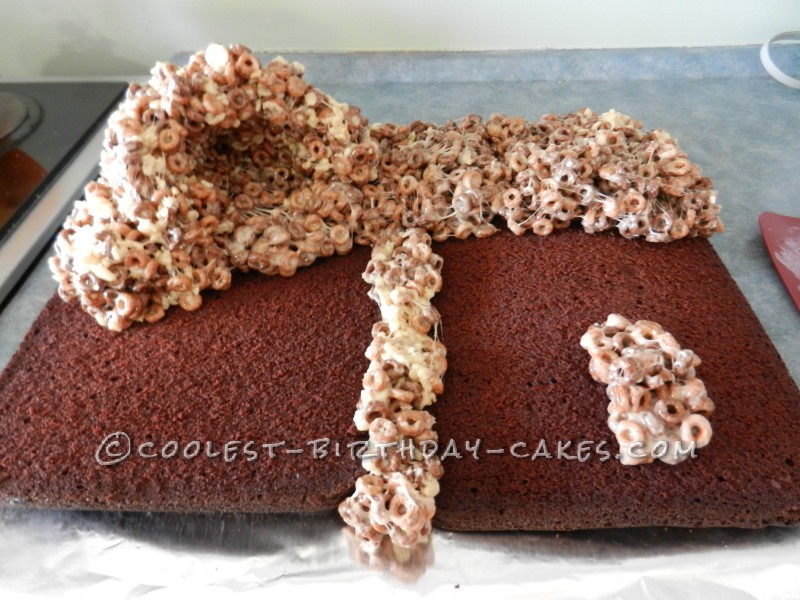 Gather enough Lego Star Wars Mini-Figures to create a scene. Check to make sure everything will fit before adding the icing. 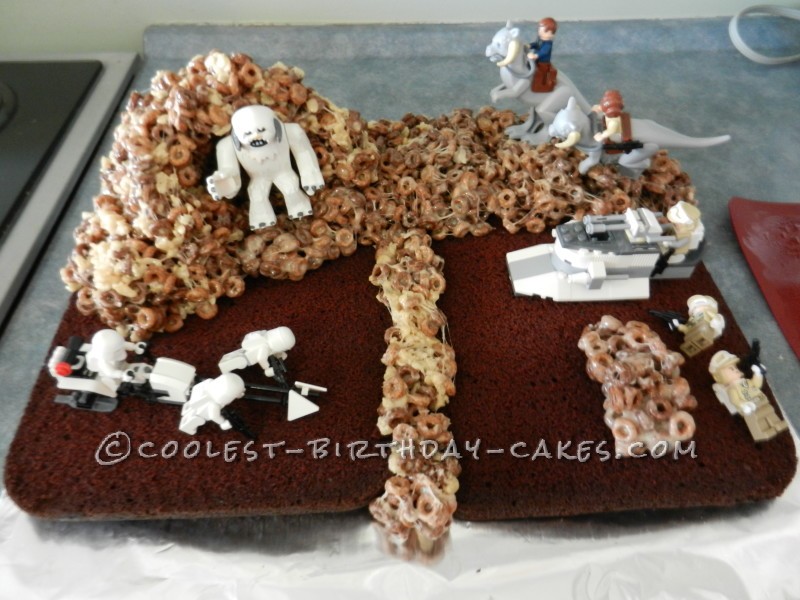 Cover the entire surface of the landscape with white icing. This will be the snow-covered planet Hoth. 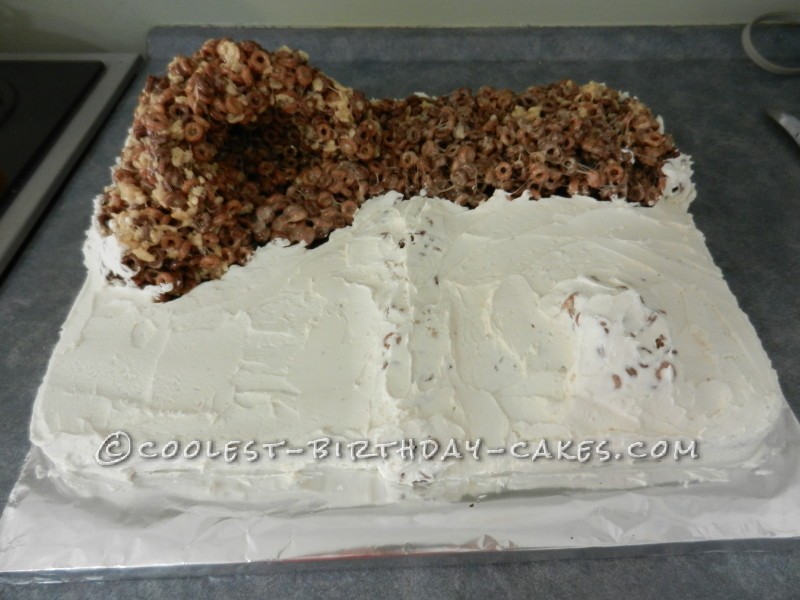 Add the mini-figures to the landscape to complete the scene. 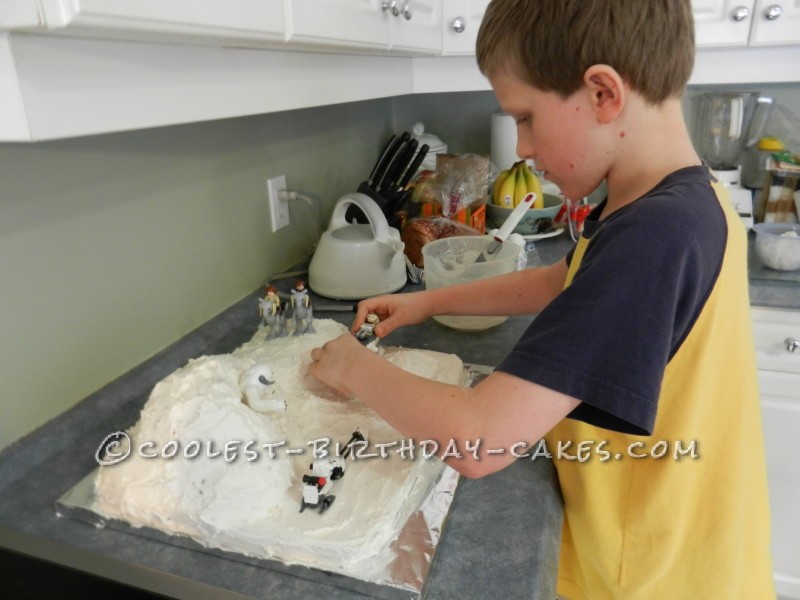 Add candles and present the cake

Once you’ve added the candles, your cake is ready to present to the birthday boy or girl. 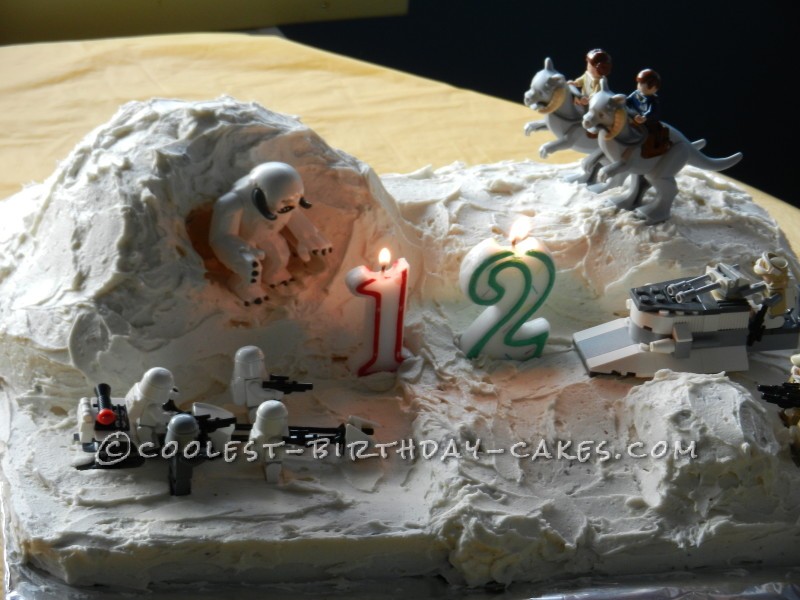 Add candles and present the cake