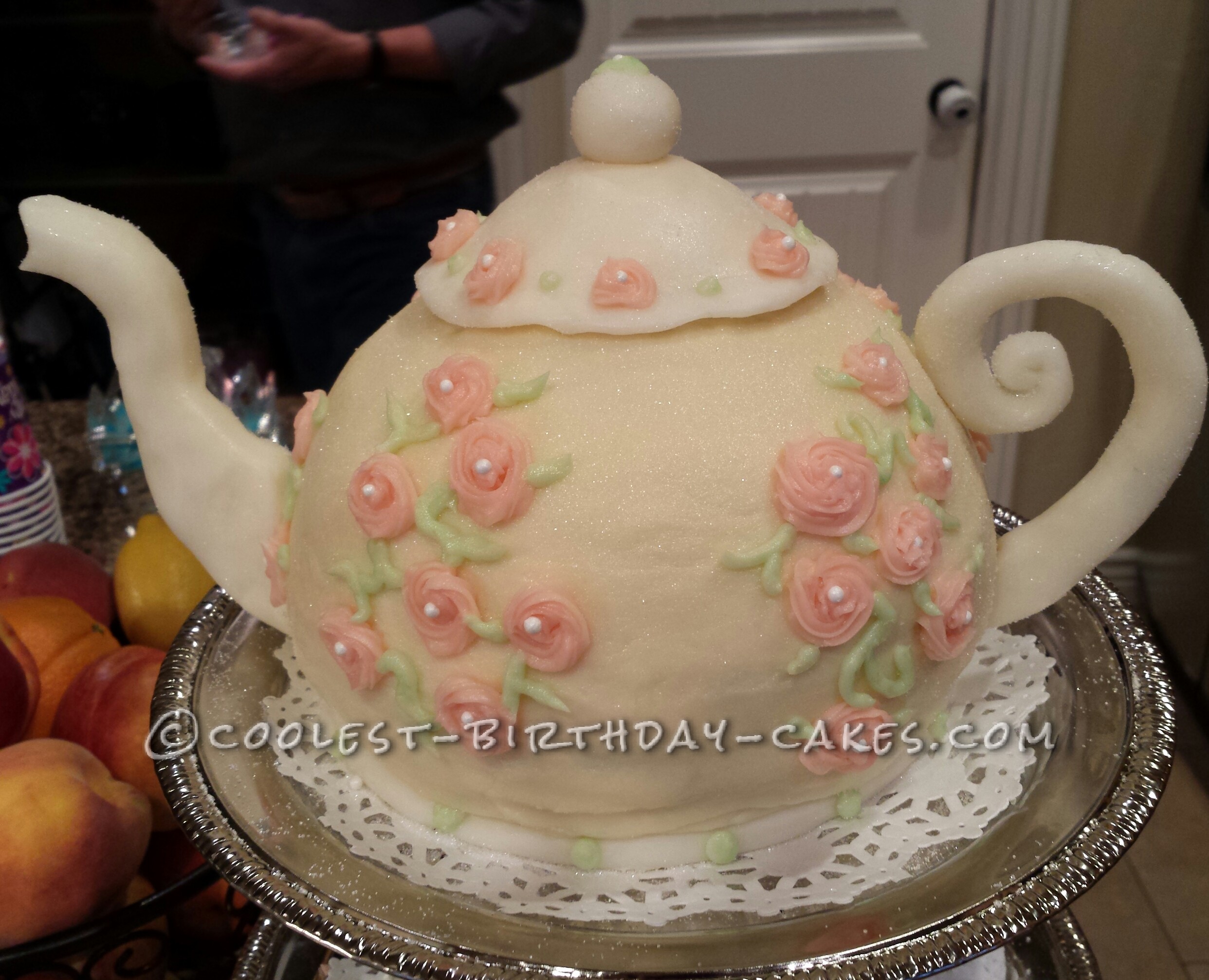 My sweet little girl decided she wanted a tea party for her 3rd birthday this year, so I needed to make a teapot party cake. I had no clue how to go about that, but I like a challenge.  :)

I really dislike fondant, so I made a batch of white modeling chocolate to use for the handle, spout, and lid of my teapot cake. My first batch was a disaster, but the second time worked pretty well.

Try not to make yourself sick sneaking bites of that modeling chocolate. I thought it tasted kind of like vanilla tootsie rolls.  :)

For the cake, I had never used a ball pan, and they overflowed a bit and took forever to bake through. I wanted to throw them at the wall, but it still ended up working. I used a pretty dense chocolate fudge cake recipe for the two halves of the ball, so the cake would hold up well.

I tinted a small bit of frosting light pink, and a small bit light green, then piped on flowers and vines. I used little pearl sprinkles for the centers of the flowers. I sprinkled white luster dust over the entire cake.

I formed a domed lid shape out of modeling chocolate, a ball for the top of the lid, then attached the ball to the lid with a toothpick. I sprinkled the lid with luster dust, then piped on some decorations.

I formed a long rope from the modeling chocolate and wrapped it around the very bottom of the cake, kind of tucking it in. I brushed it with luster dust, and piped on some buttercream dots.

I filled the other trays on my tiered stand with mini cupcakes, mini tea cups that I filled with cupcakes frosted with peanut butter frosting to look like tea, sugar cookie bars, and lemon meltaway cookies.

I melted white chocolate and piped a ‘3’ onto waxed paper. I covered it with sugar crystal sprinkles and inserted 2 toothpicks in the bottom and let it harden. I stuck the ‘3’ into one of the tea cup cupcakes.

I really like how the whole thing turned out and it looked nice on the table with all the tea party foods.

My baby girl couldn’t stop smiling…she really loved it. It made all the work so worth it. 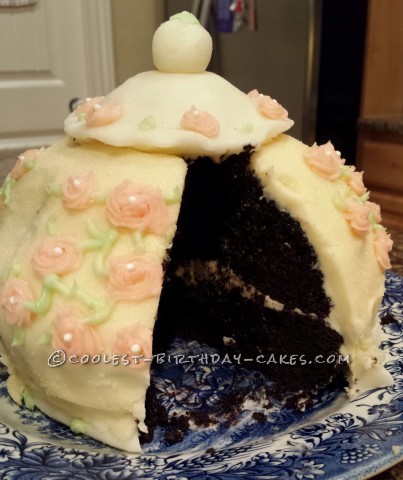 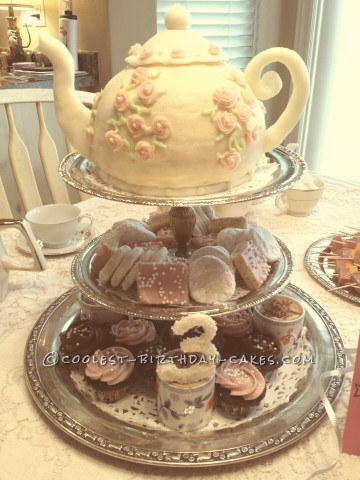 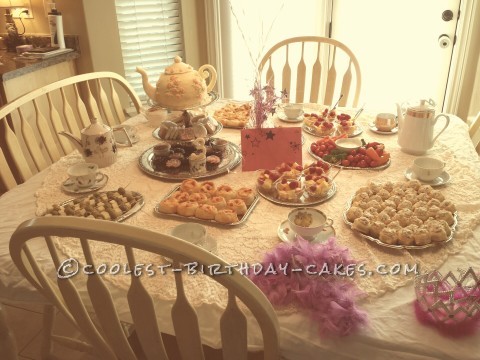