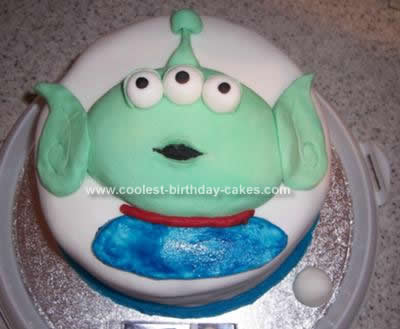 My son loves Toy Story and wanted a Buzz Lightyear cake for his 4th birthday. I am not brave enough to attempt something so specific so opted for the alien. We had a great time making this Homemade Toy Story Alien Birthday Cake and it was fairly easy.

I made two 8inch chocolate sponges as the base, this was probably not the best choice as it did crumble a bit and had to be packed with icing in a couple of places. My soon sandwiched these together with raspberry jam.

I formed all of the face from icing that I coloured at home (the hardest part was colouring everything green!). I spent quite a bit of time making the eyes first as knowing my luck they would have been dyed to, these were kept in Tupperware until needed. We used cornflour when rolling out the icing as we found dusting with icing sugar made everything more sticky.

We then decided he needed to have a top so we painted a bit of icing blue. I would have preferred to dye it but was running out of time and used some red writing icing for the collar(this should have been purple). 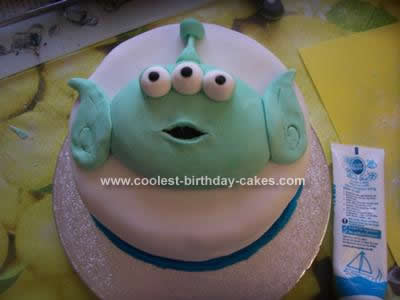 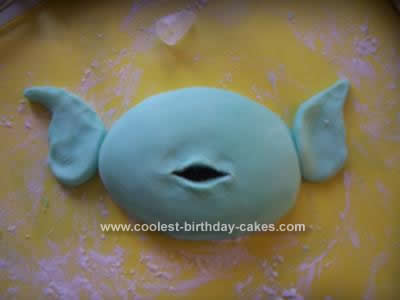 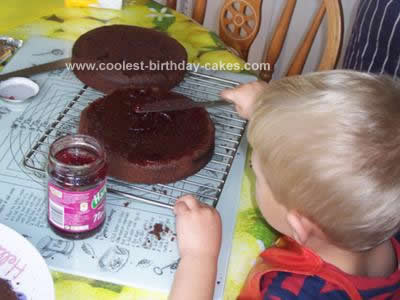