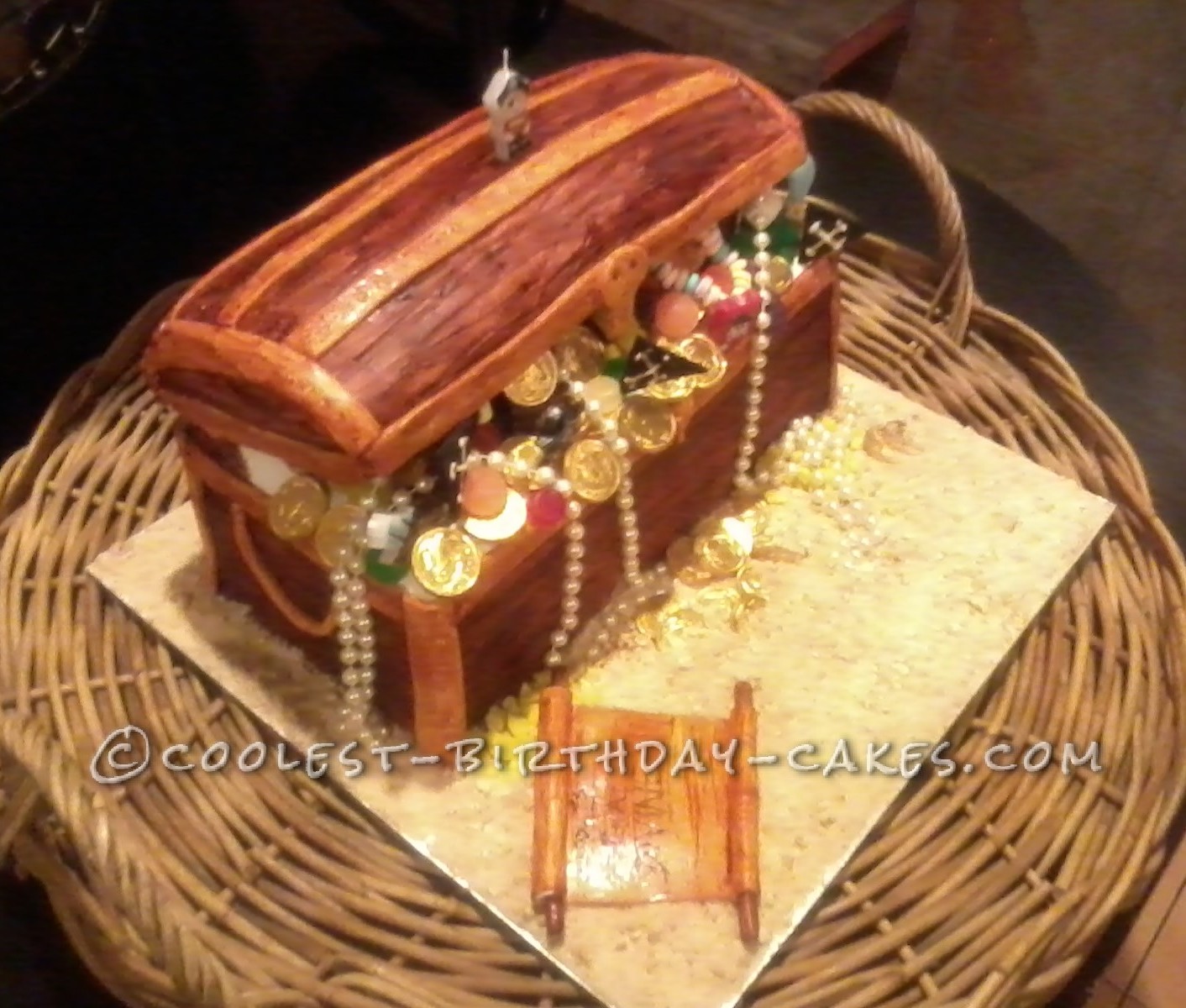 Steps to Make the Cake

I had comments all day and the next and people were just amazed. They really thought the outside was actually a box and didn’t know it was all edible. The cake didn’t last long. It was all gone by the next day.

I also made pirate themed cupcakes to go with the cake. :) 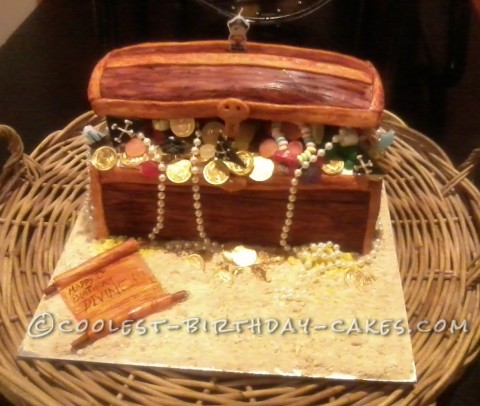 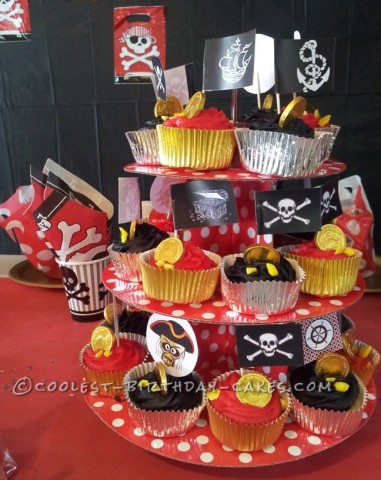