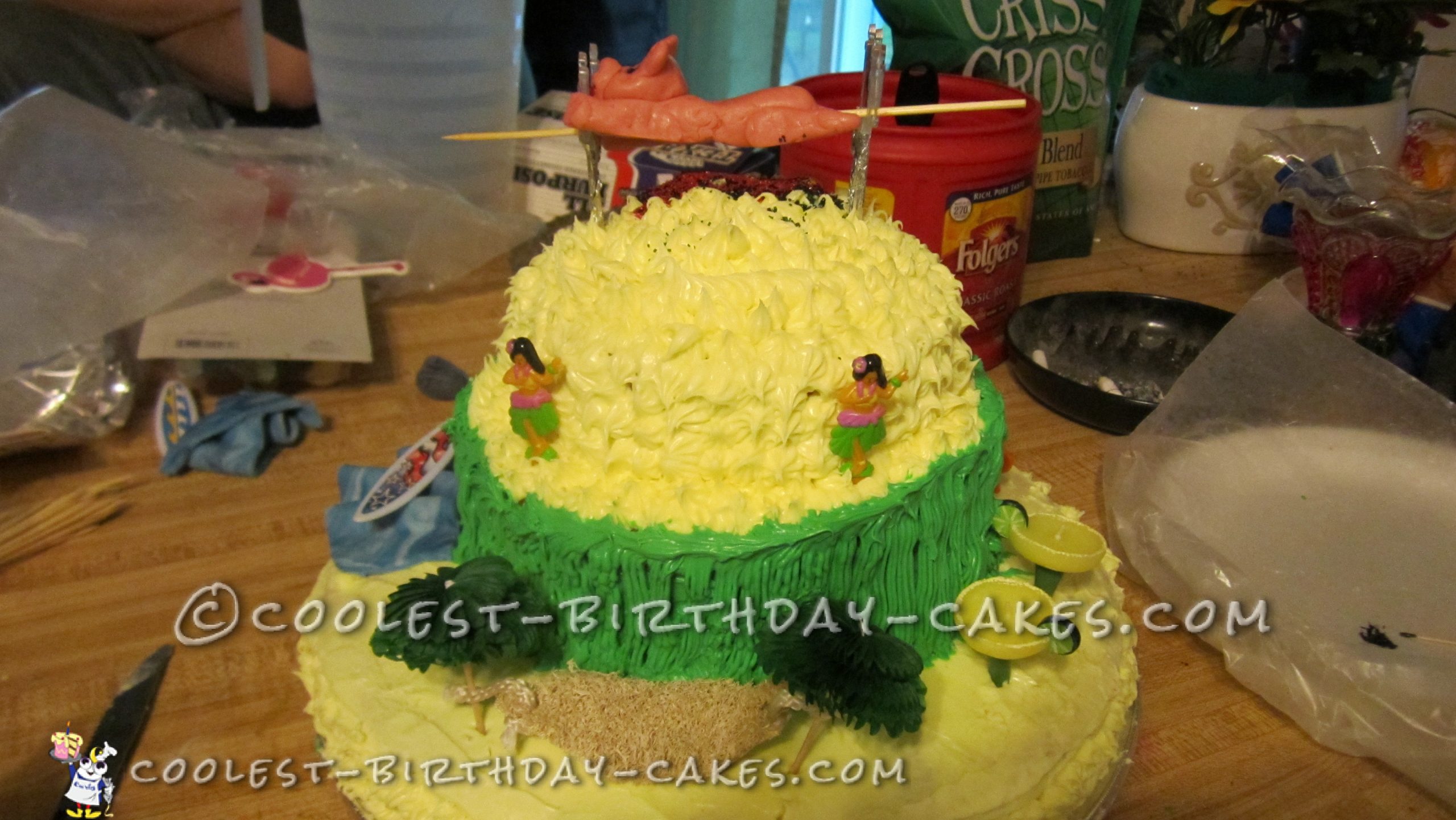 I was asked if I would make a cake for the luau we were having at the American Legion. I started out like I usually do and decide what size cake I want. I decide to shape it like a Hawaiian hat first. Then I took some fondant and colored it pink. I thought it would be nice if I could put the pig on a pit.

I shaped the fondant into the shape of a pig and set aside. I looked for some thing to put thru the pig like it was cooking. I found two plastic flower holders and two wooden sticks. I put the flower holders in the cake. I put the wooden sticks thru the pig and put it on the holders. What could I do next ? I looked around the house and found new lufa. I thought that would be good for a hammock.  I cut it into a shape of a hammock and hanged it between two trees that I bought. I then took some more fondant and mixed colors until it looked like the ocean. And added it with a surf board.

Last but not least I added coconut which I dyed black and red for the fire. Then I added a few store bought Hawaiian girls. It took me hours to do the cake because I wanted the pig to be able to turn. For awhile it would just flip upside down.  wanted it to turn around. But once I was able to get it balanced, it was perfect. If I could do it again, I would of put a little man or woman in the hammock. No one wanted to cut into it .They said it was to pretty.

When I took it to the luau party everyone couldn’t believe how it turned out. They kept talking about the pig. Ever since then I have been asked to make all of their cakes. My husband is not easily impressed but he did like it. He bet me $50.00 I couldn’t put a pig on a pit.Here is the proof. I love my new shoes.LOL 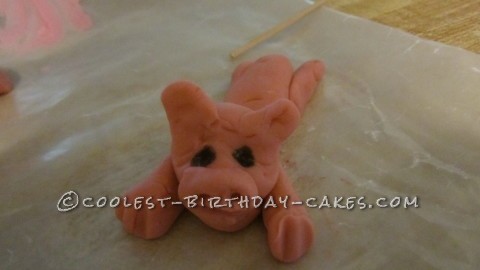 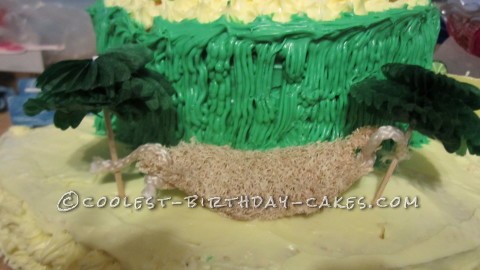