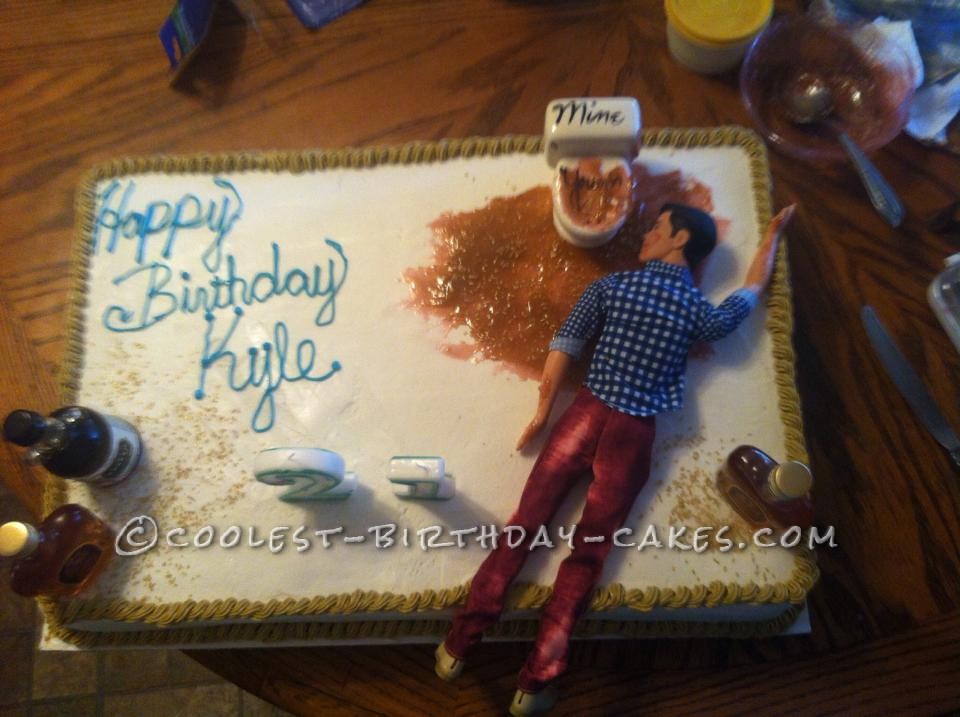 So our son was turning 21.  A momenteous occasion to say the least.  Of course, he wanted a party with some of his friends and their favorite alcoholic beverages.  Even though we don’t drink, we knew it was better to allow the party at our home rather than risk our son being out on the road somewhere driving under the influence of alcohol.  So the party was on.

As the horrifically wonderful day came near, thoughts of the cake were entering our heads.  What does a 21 year old single boy (man) have on his mind?  Hold on there, let’s keep it G rated!  Basically, it consists of women, boozes, fast cars, and freedom.  I think there’s a song there somewhere.  Pardon my digression there.  As we discussed ideas, we came to only one conclusion.  It had to be a birthday cake depicting how the night would most likely end, rather than what he had on that young, feeble mind of his.  So here we go.

Picture a simple sheet cake with white icing and the usual “happy birthday name” written in icing.  And of course the 21 candles.  Now let’s begin to add the color.  How about small bottles of liquor (like the ones you get on airplanes)?  Now lets add a “Ken” doll passed out across the cake.  But wait, he can’t be passed out without being near the toilet.  Let’s add a toilet into the mix.  Now as you probably know, if you are passed out near a toilet, there is probably some excrement that occured prior to the unconsciousness.  Let’s add vomit on and around the toilet.  Now the full picture has been seered into our minds.  Take a look at the pictures to see what the final product looked like.  By the way, the Ken doll and toilet were not made from edible items, but the vomit was!

I never thought I’d eat vomit cake, but our son loved it and so did all his friends.  Happy 21st birthday, son! 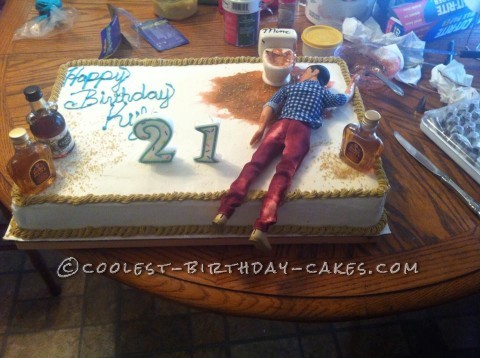