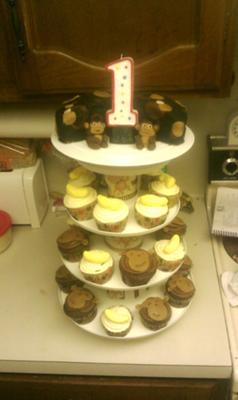 This is a cake I made for my nephews who just so happen to be twins. For the cupcakes I made half chocolate with chocolate buttercream and half banana with vanilla buttercream. On top are some banana marshmallows that I bought around Easter time and some monkey faces that are made out of some store bought fondant. For the monkey just roll out the light brown fondant and cut them out in circles, cookie cutters would work great. So you cut out one big circle and two little circles, after icing the cupcake place the two smaller circles on the cupcake overlapping each other slightly then place the bigger one on top. Usually people like to make there decorations ahead of time but in this case you would not want to do that , you want the fondant to be flexible when you place it on the cupcake so it does not crack. For the ears I rolled little balls then flatten them with my finger and then pinched one end of them, then just use some left over icing for the eyes nose and mouth. On the top, is a circle cake that I cut in half that way each twin could have there own. The monkeys I learn to make from www.youtube.com. 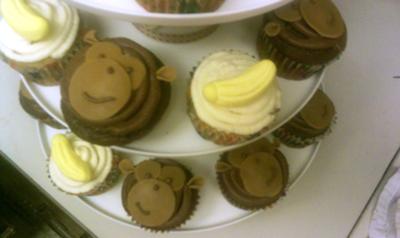 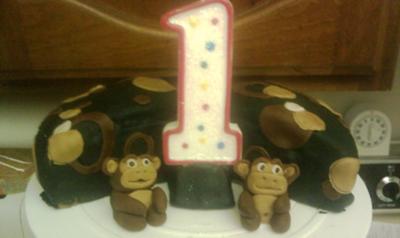 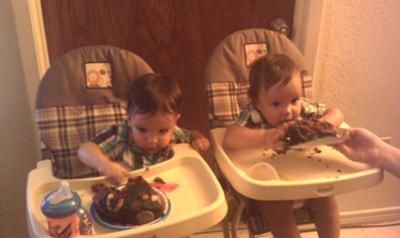