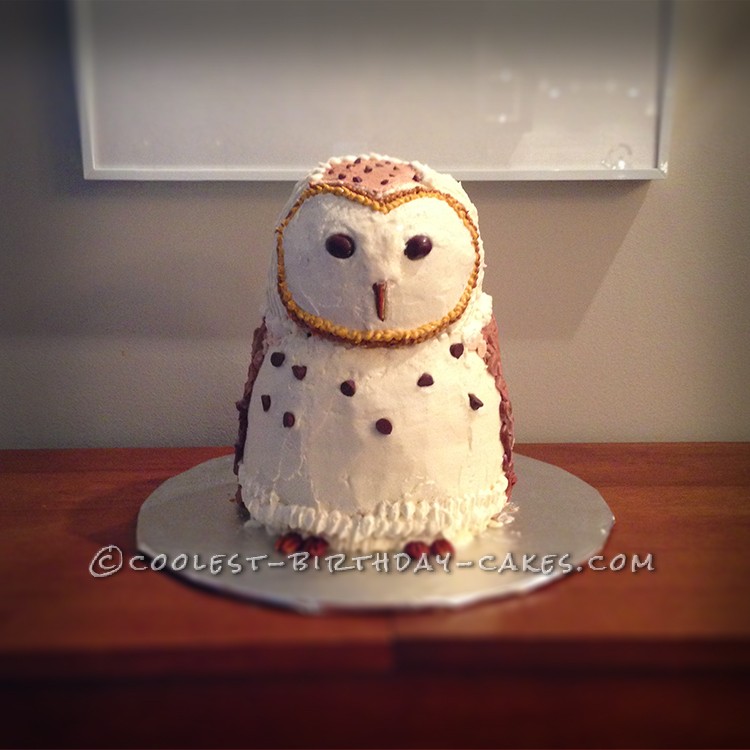 My 8 year-old son…that’s who! This year, he asked for an owl cake and specifically, it had to be a BARN OWL. He has an eye for detail and I was instructed … “No big eyes. They have to be black like the barn owl’s and he has to be white.”  Upon much research, he agreed that some of the barn owl should be brown … like the top of his head, his back and wing feathers.

To make the cake, I baked four 8″ layers and three 6″ layers.  I stacked the 4 8″ layers with chocolate buttercream icing for the body.  I then dowled the layers together and placed a cake board on top of the body to support the head. For the head, I stacked the 3 6″ layers and center dowled all the way down through the body. I used chocolate buttercream icing between the layers.

Next, I carved the layers into my owl shape. I included a picture or what it looked like before I iced it.

For the icing, I began with the head and flat iced the face and tummy.  I then used a flat tip and piped the little leaf feathers on the neck and leg areas.I then mixed yellow icing and used a small round tip for the heart around its face. I did a second heart next to the yellow with leftover chocolate icing. I switched back over to white and the flat tipe and did the remainder of his head.  For his wings and body, I first piped on the bottom of his wings with leftover chocolate icing. I then created an ombre effect for his back and wings by gradually mixing cocoa powder and a little yellow food coloring into batches of icing which I piped on in lines using the flat tip.

My boy art directed me quite a bit and I had to go back and add the brown to the top of his head. (Such a stickler for details!) He loved it and I had a good time making it. I can’t wait to see what he chooses next year! 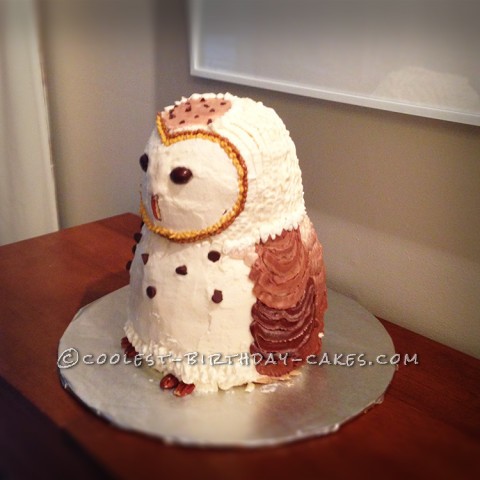 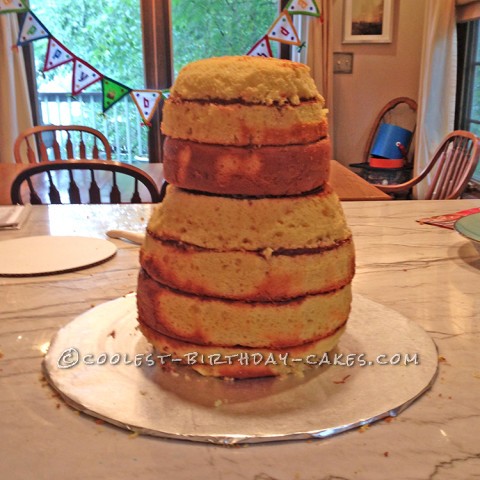