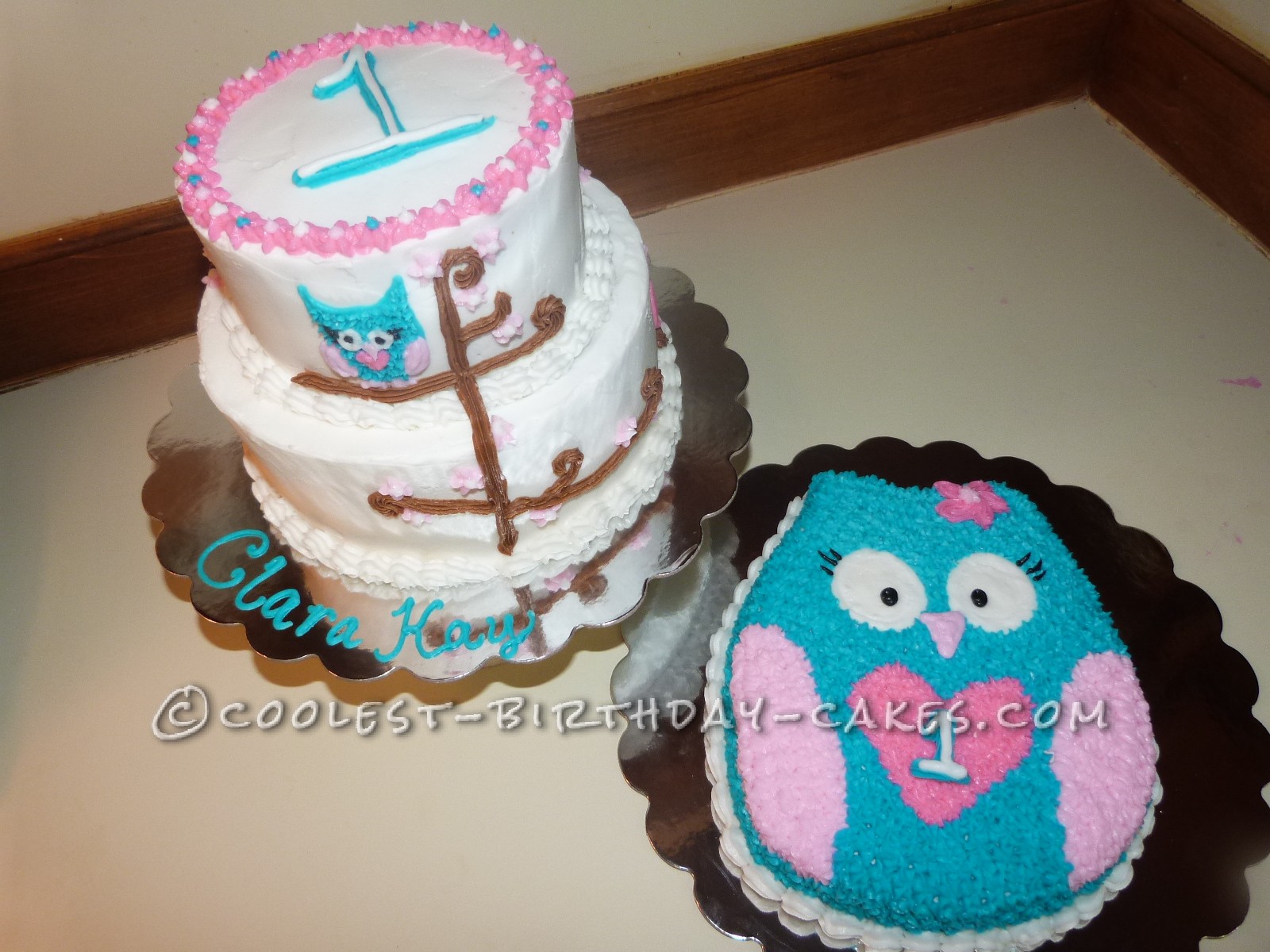 My sister-in-law decided owls would be a cute theme for my niece’s first birthday party. I told her I would be happy to make her an owl cake and smash cake.  I only have sons, so I jump at any opportunity to make girly cakes.  The color scheme was going to be pink and turquoise, so I based my cake ideas on that. I frosted and stacked 2-8″ cakes and 2-6″ cakes with white butter cream frosting. I colored butter cream light pink, dark pink, black, brown, and turquoise.

I used a flower tip to form the border at the top and alternated the colors in the center of the flowers. I piped a number 1 on top in blue, then piped a white 1 over it. I piped a white shell border around the bottom of each tier. Using a star tip, I piped on branches with brown icing.  I used a #3 tip to draw my owls, then I used a drop flower tip to add light pink flowers to the branches and put white dots in the center.

For the owl smash cake, I started with an 8″ layer and shaped it with a knife. I covered the whole cake with butter cream icing and then started piping on stars with a #18 tip to make the blue feathers, pink wings, heart, and flower. Finally, I added a white shell border, used a round tip for the eyes, eyelashes, nose, and number 1. I thought the cakes turned out really cute and went along perfectly with the owl theme of the party. My sister-in-law made favors out of baby food jars decorated like owls and a birthday banner with owls and my niece’s name. I sewed her a first birthday dress with an owl to match the decorations. The party was a huge success with lots of friends and family joining the celebration. 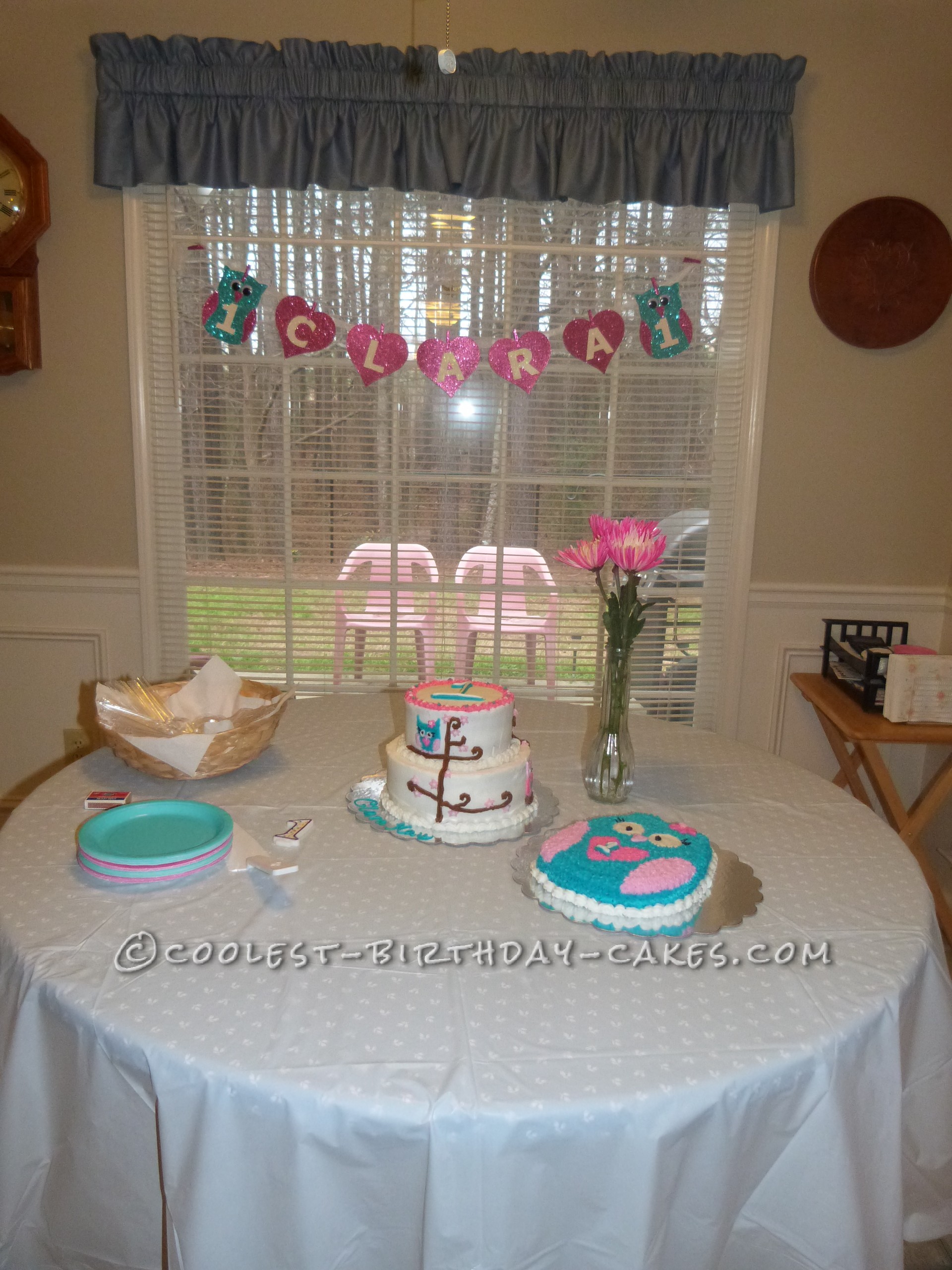 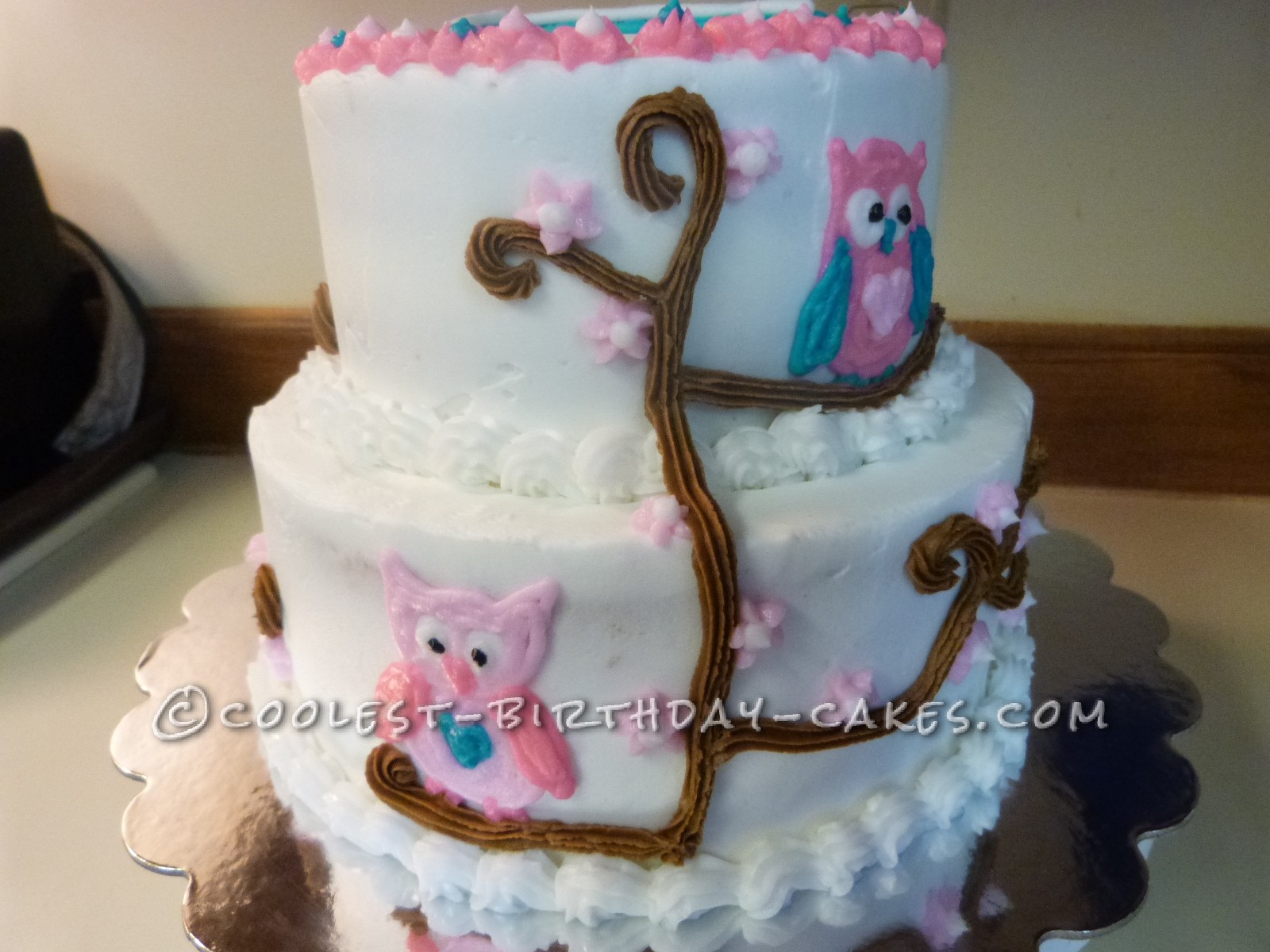 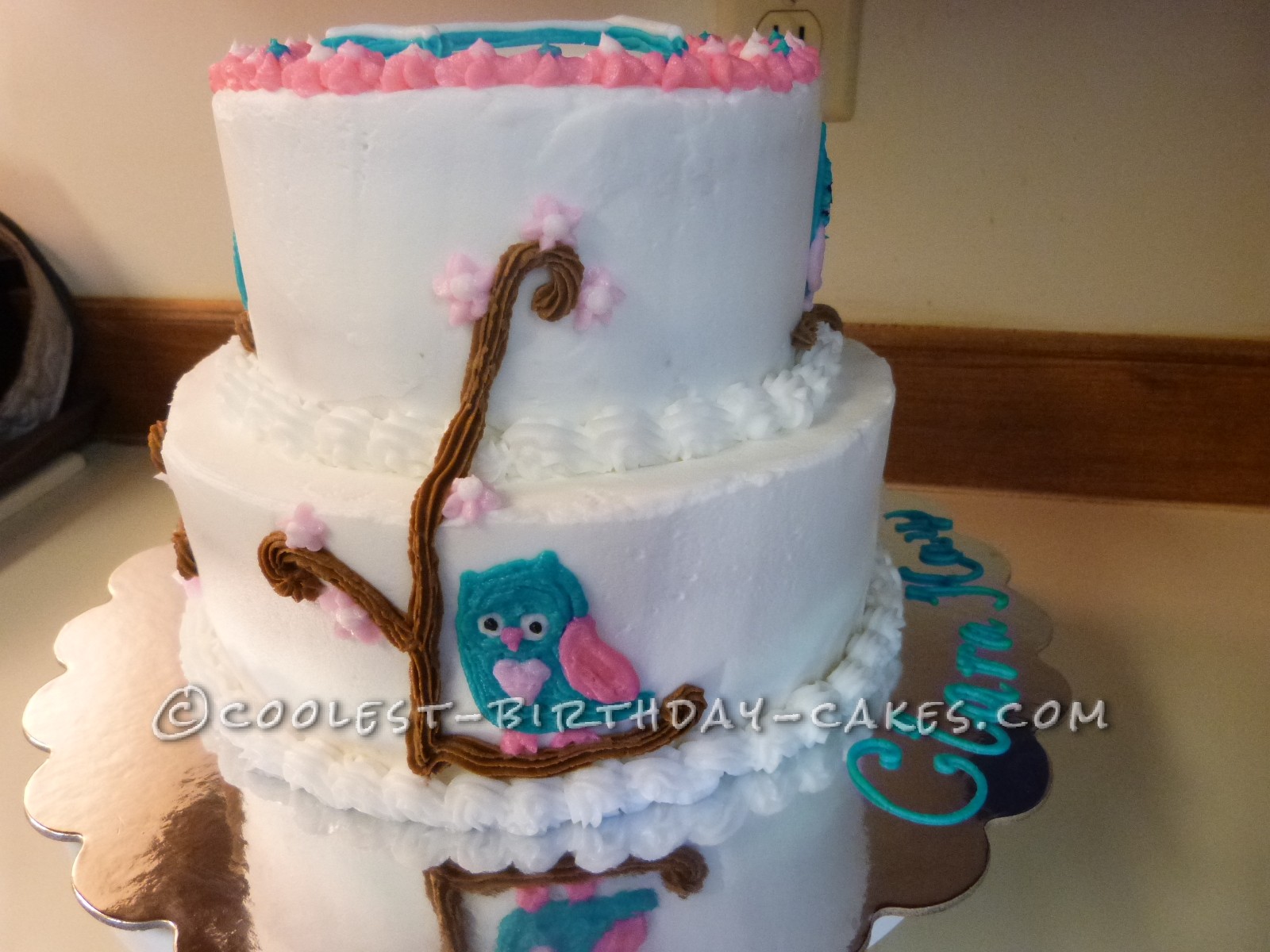 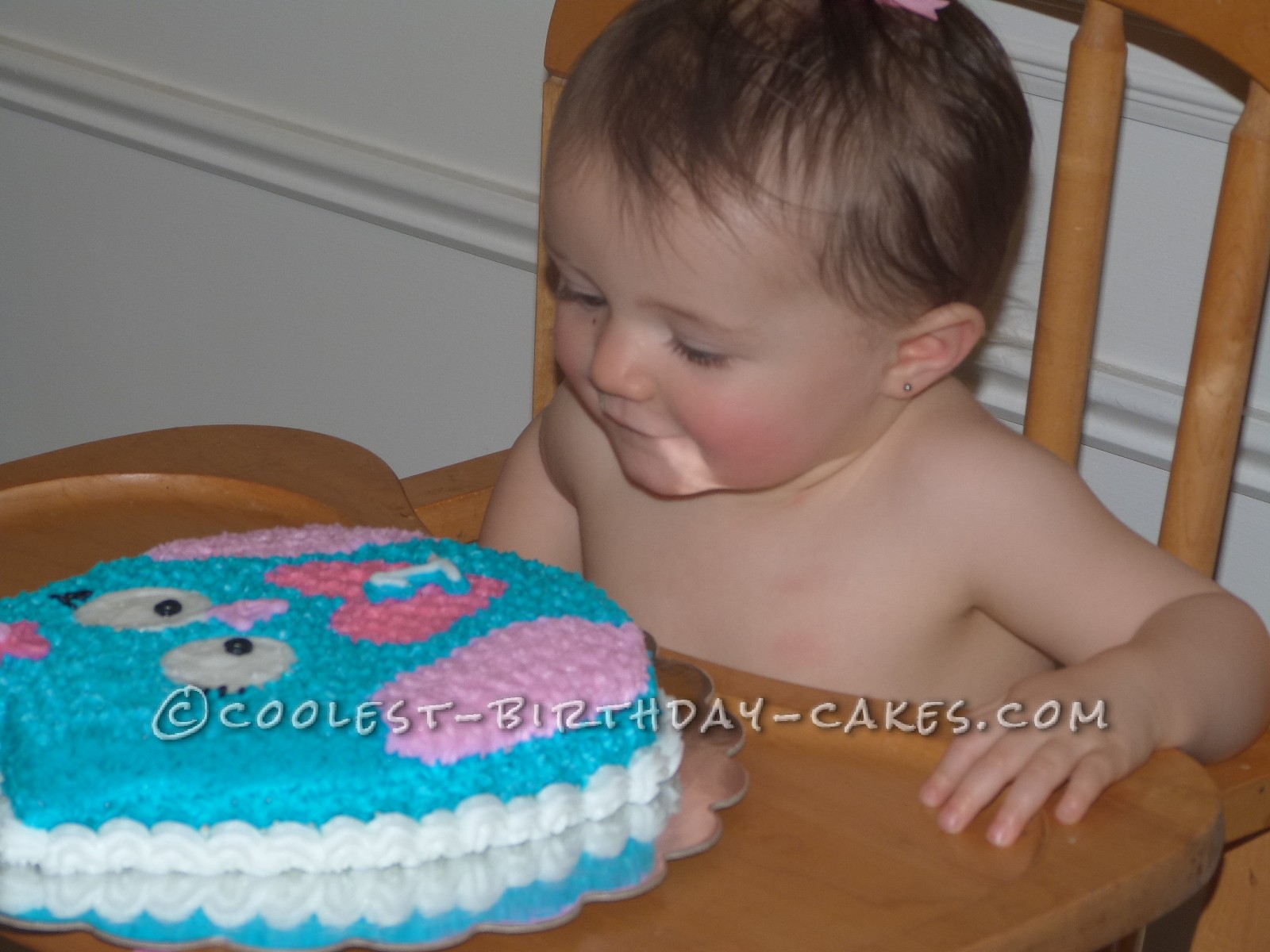 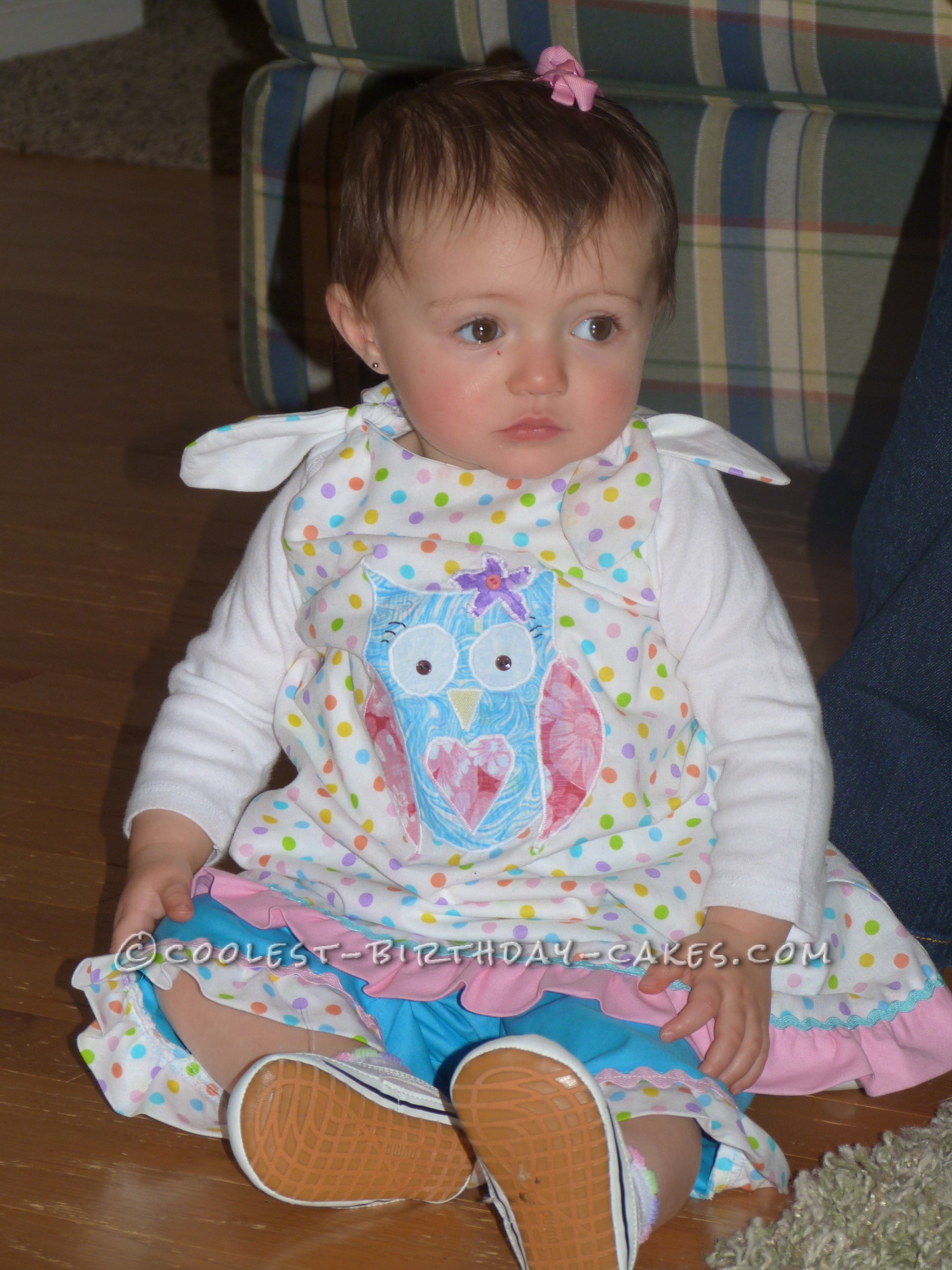