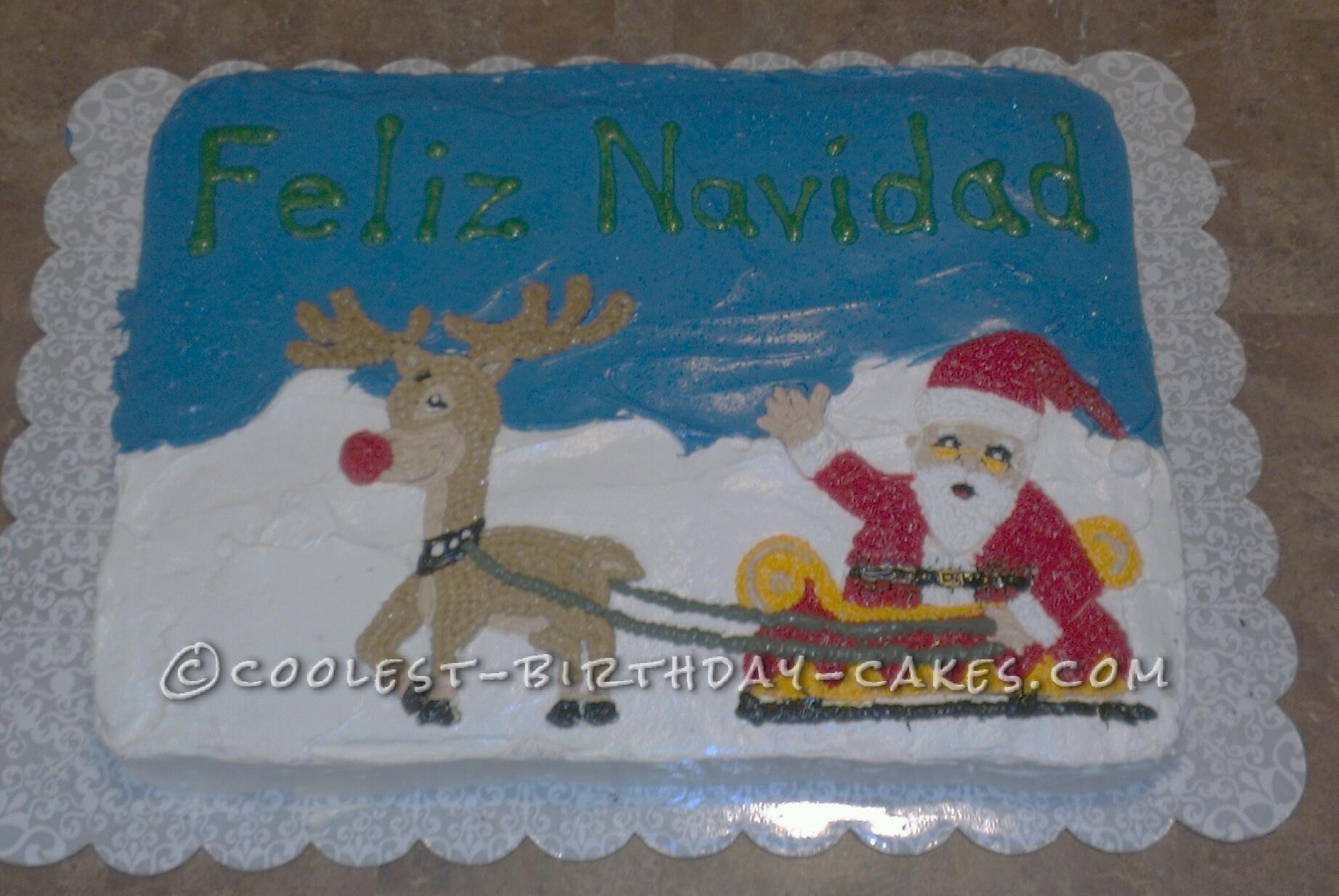 I really don’t have a lot of experience decorating cakes, I just started trying it out this past year and I sometimes surprise myself on how awesome the cakes turn out. This Christmas cake Rudolf and Santa I uploaded is chocolate one half and on the other is vanilla in which I added food coloring to the batter in 2 separate bowls to add the Christmas spirit to the bread (green and red) because the white is the vanilla.

I used a 13×9 inch pan I believe. Oh, and its a “tres leches” cake because my roots are from Mexico, the tres leches is a mixture of evaporated milk, condensed, and the cream milk. That I added to the bread once it cooled down. Once my bread was cool I added the icing the icing is made up of cool whip, cream cheese, and powdered sugar. For every cool whip container of 8oz I added an 8 oz bar of cream cheese, and half a cup of powdered sugar. First I had to mix the cream cheese by itself until it was smooth and once it was smooth I then added the powdered sugar to it, once it was creamier I added the cool whip and taa daa, there is you icing and it taste awesome, not too sweet just right.

Now for the decorating part of the cake. For the snow part of the cake I just used the icing I made and smeared it on so it would kind of look like snow and for the sky I just added a good amount of royal blue food coloring to some icing. Now comes Rudolf and Santa, boy oh boy, did I have a time debating on what image to use and hoping it would come out good. For the characters what I did is I Googled for Christmas coloring pages and I screen shot these ones that I liked then I came across the image I submitted and I loved it.

So here I was, time to try and outline the image on the top of the cake with a tooth pick. After I did the outline with the tooth pick I then put the color icing. I wanted to use in a zip lock bag. I used the zip lock freezer bags because they are stronger when I pipe the image one the cake. I really didn’t think my cake was going to look like it did, especially Santa, I thought he was going to be horrible but at the end I was extremely satisfied, as were my family members. They had there doubts thinking I had bought the cake but nope, I could proudly say that I baked and made it so my motto is why buy when I can “bakenmake”. I really wish I made a video so you could see me in action. 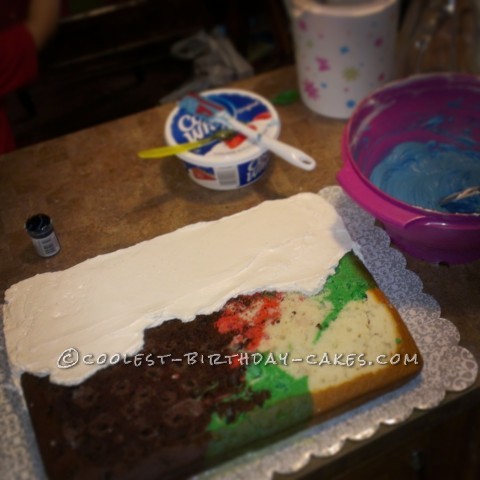