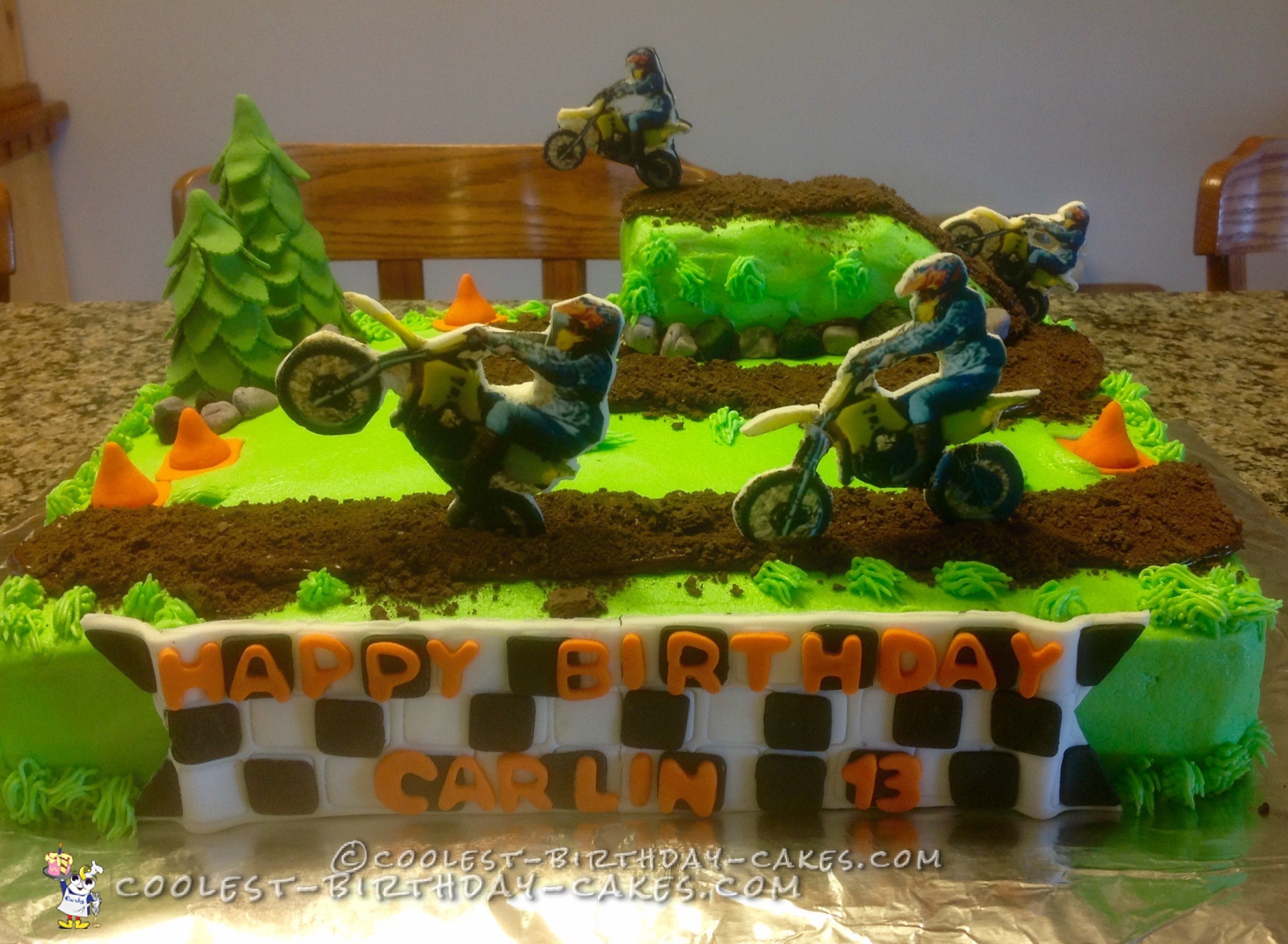 This dirt bike track cake was made for my grandson’s 13th birthday.

Side Note: I was going to make my homemade chocolate frosting for this, but got to thinking…. “Hey, why not make it a little easier on yourself and buy a can of chocolate frosting.” I really didn’t need a lot and I have to say it worked great.

I knew Carlin would be SO excited because he loved this picture of himself SO MUCH!

Since I started making the grandsons’ birthday cakes for them 4 years ago, I have tried to make each of their cakes reflect their passions and interests at the time of their birthdays. Needless to say, my thirteen year old Carlin’s passion this year is dirt bikes.

I have to say this cake was a hard cake to get a good picture of. The cake itself looked a lot better than the picture reflects, which is a really good thing! : )

Everything on the cake is edible with the exception of the sticks on the back of the dirt bikes. 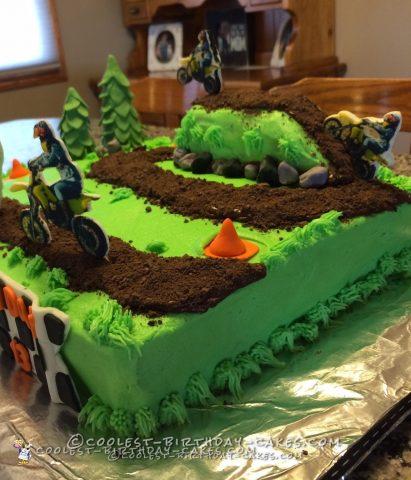